Earlier this month, the MDBs released their annual Joint Report on Climate Finance, covering their activities in 2017. Just as we did last year, we reviewed the report and found several encouraging trends, some disappointing results, and many opportunities for increased ambition.

It is worth emphasizing that the Joint Report provides a snapshot in time. This can be skewed from one year to another by idiosyncratic factors, such as lumpy project pipelines or approval of particularly large loans. We therefore focused on trends emerging over time and across banks, since such trends can provide valuable information about where the MDBs are headed. 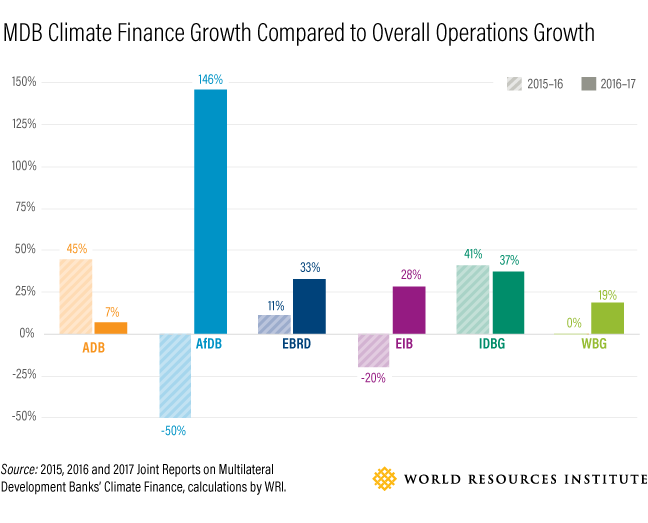 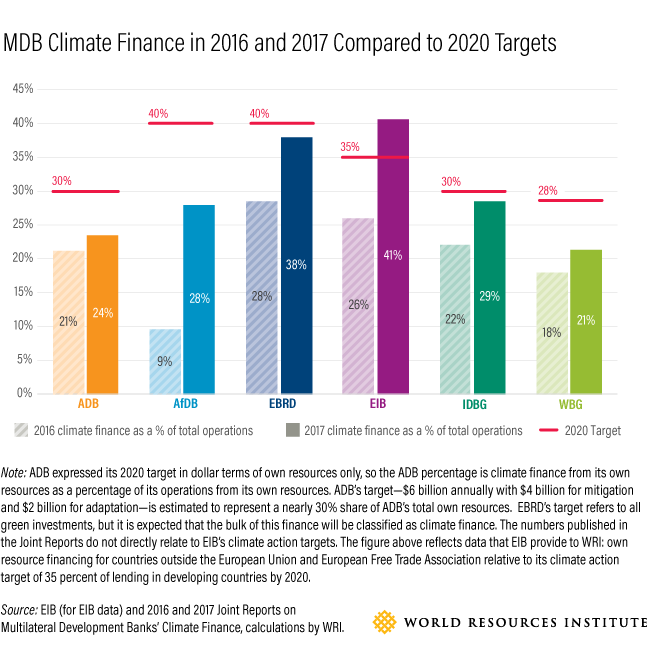 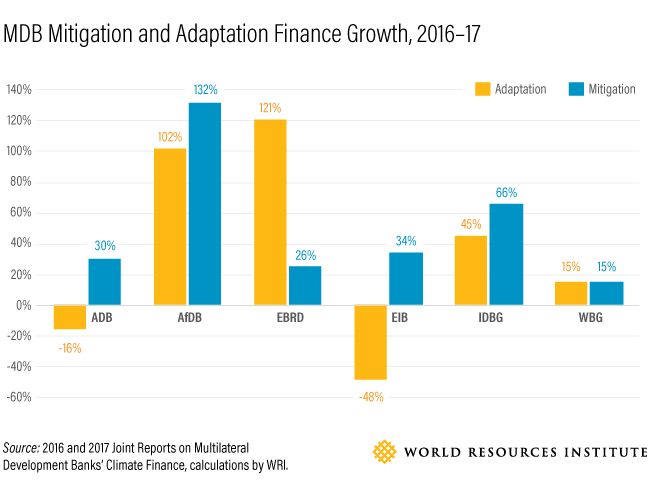 The International Monetary Fund – World Bank Group annual meetings will take place in Bali, Indonesia this October. The last time these meetings took place outside Washington was in 2015, when they were in Lima, Peru, and the MDBs unveiled their 2020 climate finance pledges, which provided a much-needed boost to international climate negotiations ahead of the Paris climate summit. 2018 is a similarly important year for climate action; at the COP 24 UN climate negotiations in December, countries must agree on the implementing rules for the Paris Agreement and step up the ambition of their national climate plans.

Finance will be key for this, and MDBs can play a vital role in helping countries to enhance their nationally determined contributions (NDCs). Bali will be an important opportunity for the MDBs to again show leadership by unveiling new commitments to build momentum for ambitious climate outcomes at COP24.