By his own admission in a 2015 criminal plea agreement, Washington state sawmill owner Harold Clause Kupers suspected he had been buying logs illegally harvested from Gifford Pinchot National Forest. Besides his confession, DNA from the illegal timber—not from Kupers—implicated him in the crime.

The logs in question were from figured bigleaf maple (Acer macrophyllum). This is the type of maple cherished for its wavy patterns; the type of maple craftspeople work into guitars, furniture and veneers; the type of maple poachers target because they know the wood fetches top dollar. Buying and selling this black-market timber made Kupers upwards of a half-million dollars in just two years.

Wanting to definitively prove that the timber in question was stolen, the U.S. Forest Service (USFS) assembled a team of experts to collect and analyze DNA from wood sold by Kupers and from bigleaf maple specimens inside Gifford Pinchot National Forest. The DNA showed a match—scientists identified the exact stumps from which poachers had illegally harvested the logs. 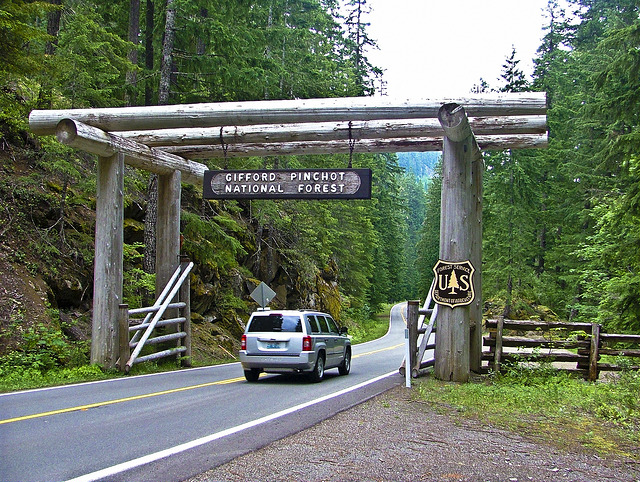 Now, three years on, researchers will once again collect genetic samples from bigleaf maple trees in an effort to deter illegal logging. Instead of relying solely on professional scientists and law enforcement, outdoor enthusiasts up and down the west coast can also get involved. A field-data-gathering nonprofit called Adventure Scientists will train citizen science volunteers throughout bigleaf maple’s range—from southern California to British Columbia—to collect leaf and wood samples. After fanning out to collect samples and preparing them for preservation, the volunteers will then send their samples to laboratories for genetic analysis. 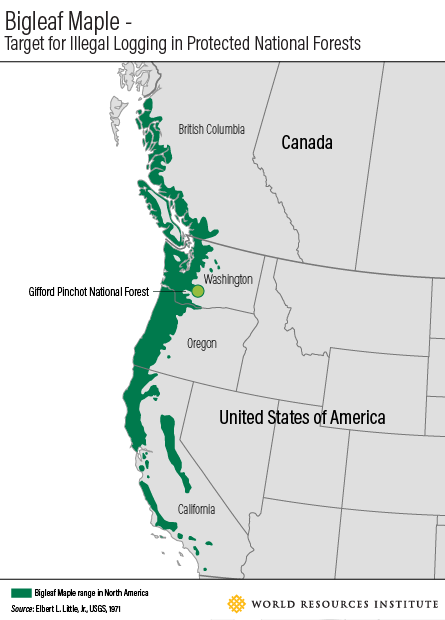 Illegal Logging – From the Pacific Northwest to Tropical Forests

Alex Moad, assistant director at USFS-International Programs, said that the results of the analysis “will help to establish a genetic distribution map for bigleaf maple that can be used to identify the likely origin of wood suspected of being illegally harvested.” He also hopes to apply the lessons learned to coastal redwoods and western red cedars, which also have problems with timber theft.

Although rampant poaching hasn’t yet endangered bigleaf maple as a species, illegal logging degrades forests and imposes annual costs of up to $100 million onto the U.S. Forest Service.

It’s also not confined to North America’s west coast. From Russia’s boreal forests to the Peruvian Amazon to the Congo Basin’s tropical rain forests, the problem is global. Up to 30 percent of all internationally traded timber products are illegally sourced, and have an estimated upper-end value of $157 billion. Illegal logging degrades ecosystems, robs communities and governments of income and resources, undercuts responsible and more expensive forest products, and often persists as a symptom of corruption at high levels of government.

To that end, Moad says that another motivation for the bigleaf maple project is to tackle these issues at a larger scale. He explains that researchers on this project will test sample collection methods in the field and refine genetic analysis techniques, with an ultimate goal “to reproduce this project with tropical species that experience a high incidence of illegal logging and trade.”

The benefits of the consortium’s project will not be restricted to law enforcement alone, either. Forest managers and scientists are increasingly focused on the potential use of genetic profiles in forest certification, which relies on independent auditors to evaluate whether a forest is being well-managed, based on a set of standards. Because of controversies involving companies who had received certifications, yet were trading illegal timber, some environmental organizations have questioned the reliability of forest certification. Linking genetic markers to specific forests would allow companies and auditors to verify the origins of wood in forest products, whether they’re everyday construction materials or niche products like guitars. Knowing that the wood’s origin is verifiable could in turn strengthen consumers’ confidence in the legality and sustainability of their purchases. 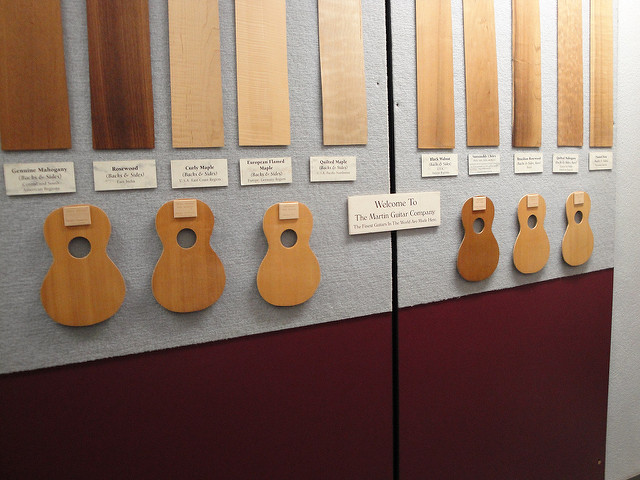 Wood display at the C.F. Martin Guitar Factory in Pennsylvania. The “Quilted Maple” panel is cut from a bigleaf maple tree. Photo by Alex Harden/Flickr

On a more fundamental level, collecting population-specific genetic data on bigleaf maple can improve understanding of the species itself. “Ecologically, bigleaf maple is an important component of the coastal temperate rainforest and the only tree-sized maple on the Pacific coast in Canada,” said Kenn Farr, manager of science integration at Natural Resources Canada. “The opportunity to participate in documenting the genetic composition of the species, particularly at the northern limit of the species’ distribution, is of great interest and value.”

Become a Citizen Scientist and Help Protect the Bigleaf Maple

The Kupers case proved that DNA testing could be key to prosecuting cases of illegal logging. If you are interested in improving forest management, cracking down on illegal logging and perhaps even determining what makes the “figures” in figured bigleaf maple, check out the website of Adventure Scientists and apply to collect samples.