Northeastern Brazil’s Caatinga semi-arid region is a living laboratory for the impacts of climate change on a vulnerable, distinctive ecosystem. The Caatinga – “white woods” in the local Tupi language – is a very dry region that is nevertheless extraordinarily biodiverse, with a landscape characterized by shrubs and small trees, cactus and thorny plants. When it rains, the landscape gets greener and full of life, home to such iconic and endangered animals as the Brazilian three-banded armadillo and the Spix's macaw.

The Brazilian drylands have experienced the most severe drought ever recorded in the region from 2010 - 2016. If the global mean temperatures rise by 2 degrees C (3.6 degrees F) over pre-industrial levels by the end of this century – as some forecasts suggest – the resulting drought in the Caatinga could trigger widespread agricultural losses, which would decimate food security in one of the Brazil’s poorest regions that is home to 20 million people. The Caatinga stretches across 10 different Brazilian states to make up 11 percent of Brazil’s territory, with an area twice the size of California. 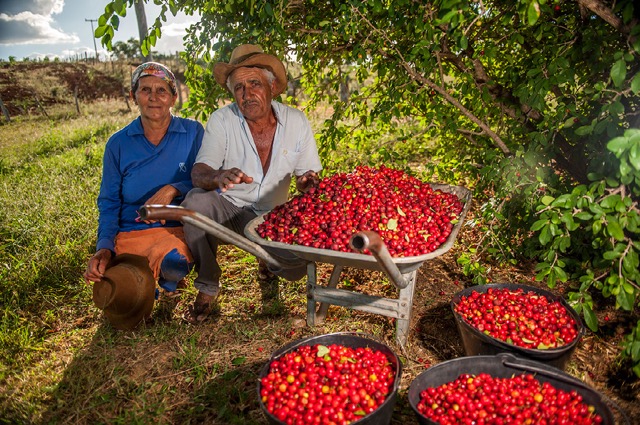 Drylands are present all over the world, so success in Brazil’s Caatinga might offer insights for semi-arid regions elsewhere. Some good ideas on how to accomplish this may be hiding in plain sight, in the expertise of the people who live in the Caatinga. 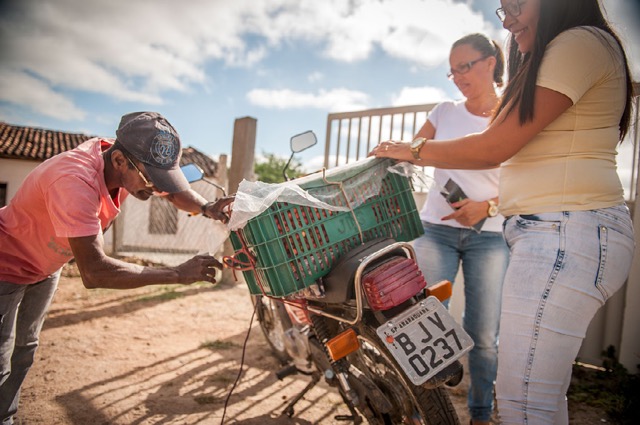 The fruit comes to a local processing plant by motorcycle. Photo by Luiz Fernando Ricci/WRI Brasil

Adapting to Heat and Drought

For generations, small farmers in the Brazilian drylands have learned how to adapt to extreme temperatures and severe droughts, but their local knowledge on agroecological practices was scattered. A recent WRI Brasil working paper found strategies that may help turn this challenging climate into an opportunity to restore landscapes and generate income for farmers.

The study analyzed the agroecological knowledge of farmers from Pintadas, a town of approximately 10,000 people in the heart of the Caatinga. Located about 1,600 kilometers (990 miles) from Rio de Janeiro, or about the distance between Miami and Washington DC, Pintadas has become a leader in using unexpected plants to boost fertility of semi-arid land. 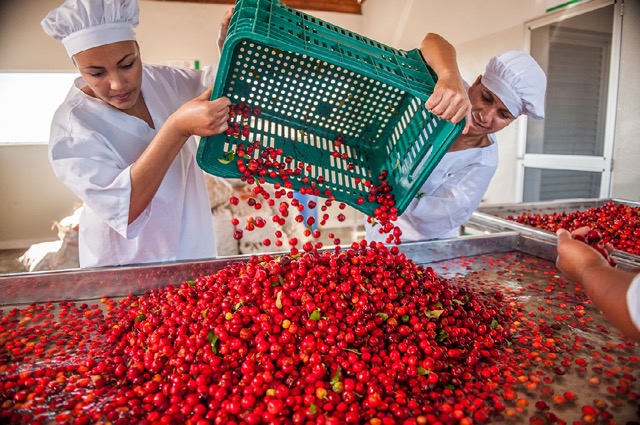 The factory offers jobs to women in an area where most jobs are traditionally held by men. Photo by Luiz Fernando Ricci/WRI Brasil

They also planted a cactus known as palma, or prickly pear, to help retain soil moisture, which is very important for biomass production in the semiarid climate. Palma can improve the soil, creating the conditions to later restore the landscape with native species.

In Pintadas, using agroecology to help restore land has the added benefit of empowering women in a rural area where most jobs and income formerly went to men. Through a network called Adapta Sertão, women joined together to create a cooperative company with 200 members and a fruit pulp factory called Delícias do Jacuípe that employs 20 women. The factory buys fruit – including mango, pineapple, tamarind, guava and acerola (a type of cherry) – from local communities, using it to produce frozen fruit for juice. This offers an economic incentive for small farmers to plant trees and invest in an agroforestry system. Landscape restoration that benefits the soil can help farmers improve their agricultural production; planting fruit trees to feed the factory moves the local economy. When the trees are intrinsically connected to income, farmers have the necessary incentives to restore landscapes, and the outcome is a better environment for all. 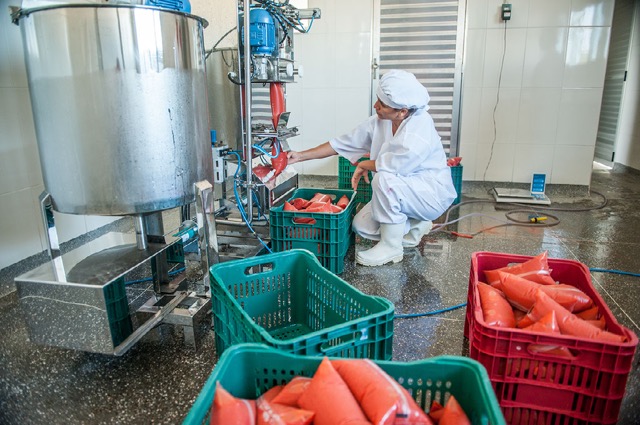 This framework is necessary because Brazil urgently needs to scale up restoration. The country made bold commitments in the 2015 Paris Agreement to tackle climate change. Brazil has promised to restore 12 million hectares (nearly 30 million acres) by 2030. The bottom-up approach, working with small farmers and underpinned by a cohesive framework, can be a way to restore degraded landscapes. The results would be a more resilient Caatinga and wealthier small farmers.