Indonesia’s illegal logging problem has deep roots. The heavily forested nation supplied 219 million cubic meters of unreported or illegally sourced timber from 1991 to 2014. This is equal to more than 2.3 million hectares of deforestation, an area 32 times the size of Singapore. It also cost the country $6.5-9 billion in uncollected non-tax revenues between 2003-2014, more than a quarter of the country’s infrastructure budget for 2018!

While the government has taken steps in recent years to crack down on illegal logging, it’s clear that ending illicit activity in the country’s forests will require a more concerted effort. 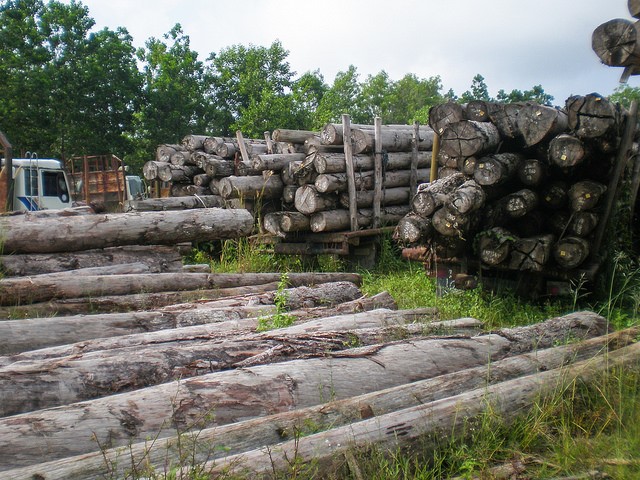 The Need to Enforce the Law

Indonesia established the Timber Legality Assurance System (TLAS) in 2009, mandating that all operators in the timber supply chain harvest from sustainably managed forests. And in 2016, the country issued its first Forest Law Enforcement, Governance and Trade (FLEGT) timber export licenses. The FLEGT licenses complement the TLAS by providing an economic incentive to producers, providing their shipments a “green lane” into the EU, a major timber market, and exempting them from the due diligence procedures non-licensed EU timber imports must follow. 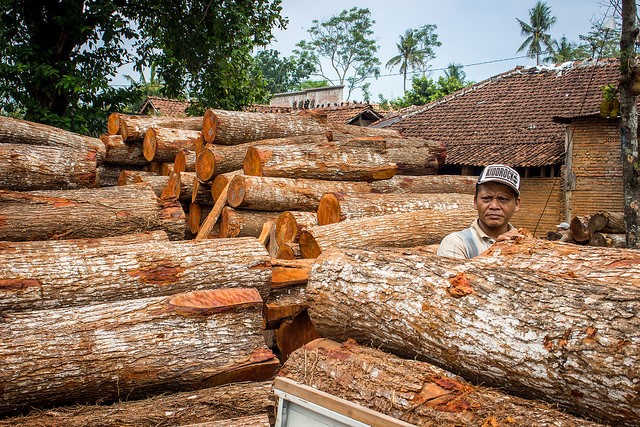 For example, under the TLAS monitoring system, independent monitors are entitled to investigate and report findings to the CBs, which operate under the supervision of the National Accreditation Committee and the Ministry of Environment and Forestry (MoEF). While administrative sanctions have been imposed for TLAS noncompliance, such as when CBs canceled companies’ TLAS certification and the MoEF revoked or suspended CBs’ operating permits, there is no public record on the total number of revoked TLAS certificates and CB permits.

And where law enforcement does exist, it’s oftentimes lacking in consistency and fairness. For instance, the court sentenced Labora Sitorus, a renowned illegal logger in Papua, to just two years’ imprisonment and an IDR 50 million ($3,700) fine despite allegations that he laundered IDR 1.5 trillion ($111 million) of illegal timber trade money. On the other hand, Grandma Asyani, an elderly woman who allegedly took 38 teak logs from the State Forestry Firm (Perhutani), was sentenced to one-year imprisonment and an IDR 500 million ($37,000) fine.

A Better System for Cracking Down on Illegal Logging

The Directorate General of Sustainable Forest Management at the MoEF has opined that consistent TLAS compliance, including the application of strict sanctions for violators, is essential for upholding Indonesia’s reputation as a legal wood producer. Now that Indonesia’s government has put forward some carrots for illegal logging through TLAS and FLEGT, it’s time to start strengthening the “sticks” that can crack down on those not complying:

First, it is essential that the House of Representatives establishes adequately severe sanctions for TLAS violators. In the United States, for example, the government amended the Lacey Act in 2008 to ban the import and trade of illegally sourced wood and provides sanctions including imprisonment and fines. The degree of penalties depends on whether violators did everything possible to ensure the product was legally obtained. According to a Union of Concerned Scientists study, imports of illegal wood to the United States have declined by 32-44 percent from 2007 to 2013, five years after the Lacey amendment.

Second, the government must strengthen the TLAS assessment. By law, CBs are required to assess a broad spectrum of factors, such as concession boundaries, indigenous rights, wildlife conservation measures and labor standards, before granting a TLAS certificate. According to a National Forestry Council (Dewan Kehutanan Nasional/ DKN)’s policy brief, however, TLAS assessments are mostly based on timber businesses providing a checklist of documents (such as concession permits, Standard Operating Procedures on protecting wildlife, etc.). CBs rarely assess how businesses obtained these documents, or if they’re actually applying these policies in practice. The government should emphasize a fact-based rather than document-based assessment approach, including frequent monitoring of compliance after companies receive certification.

Rooting Out Illegal Logging in Indonesia

Eradicating illegal logging is no easy task, and Indonesia is by no means the only country bedeviled by the problem. While the government has done well in providing a positive incentive for timber producers through FLEGT licenses, it needs to be complemented with more rigorous law enforcement. Indonesia’s globally important forests depend on it.