This article originally appeared at Devex.

As representatives gather for the international climate talks in Bonn, Germany, it's important to realize just how much the world has been whipsawed in less than two years. In December 2015, the landmark Paris Agreement charted a course to address our changing climate. Then, in June 2017, President Donald Trump announced his intention to pull the United States out of that agreement. Now, many around the world are looking to see who will take up climate leadership. Increasingly, they are looking to China.

Signs of China taking meaningful action on climate have long been evident. China's economy has already entered a "new normal," featuring more moderate economic growth, a greater focus on the quality of growth, and a move away from heavy manufacturing. This has led to a less carbon-intensive development path. Innovative climate policies and programs have been pivotal in helping flatten China's carbon dioxide emissions since 2013, after more than a decade of steep rises.

China clearly sees climate change as a problem it needs to tackle head-on. It makes sense to examine where China has made progress and look for signals on what to expect in the year ahead. Three areas deserve attention. 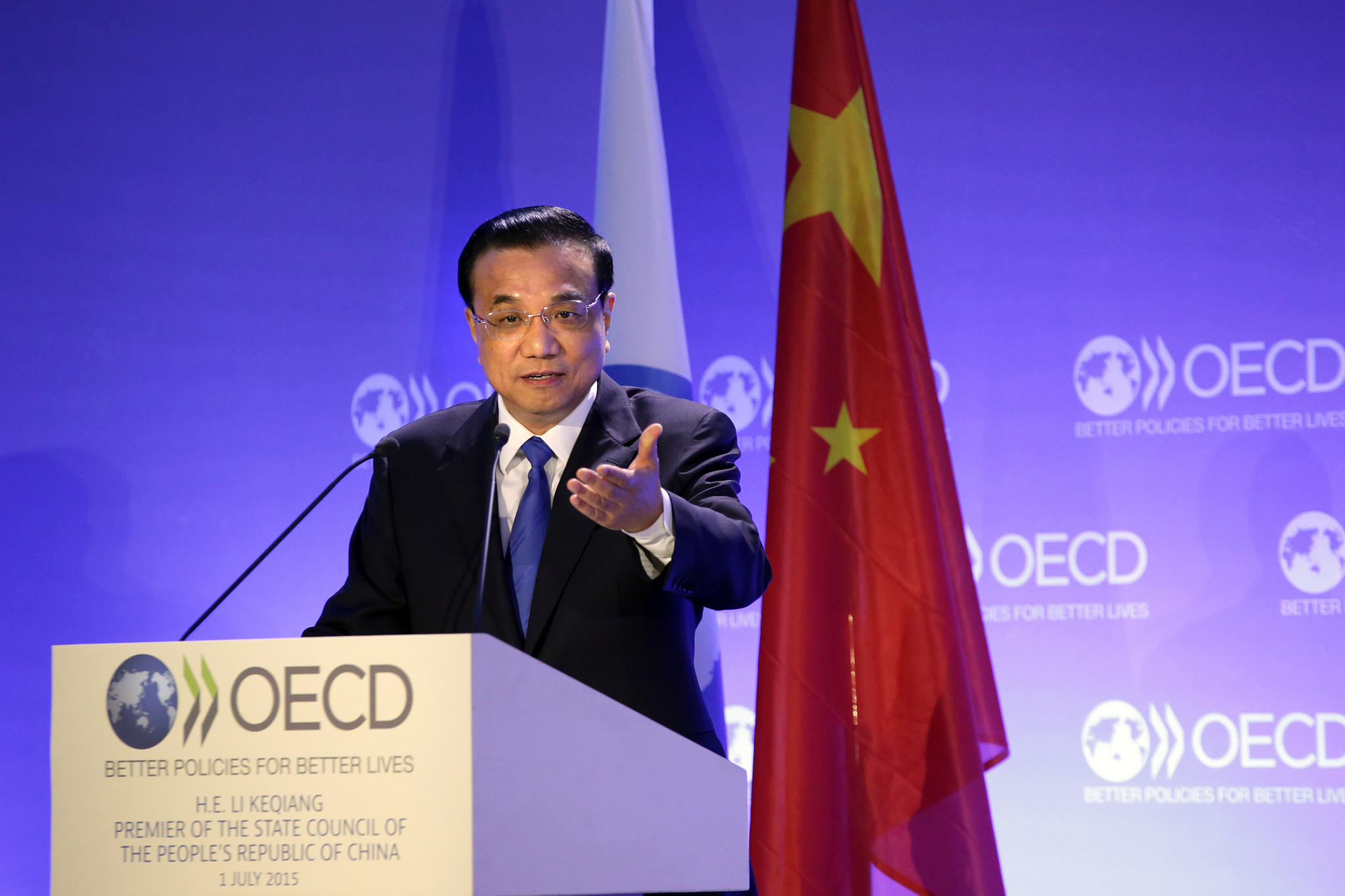 China's industrial sector has underpinned its modern economic development. But in March, at the National People's Congress, Premier Li Keqiang emphasized the need to cut excess production capacity, including carbon-intensive coal and steel production. China is expected to cut steel production by 50 million tons and coal production by 150 million tons this year, while phasing out or halting construction of new coal-fired power plants. Government data show coal production dropped 10 percent in the first seven months of 2017 compared to the same period in 2016.

This is part of China's push to curb industrial energy consumption, which accounts for more than 70 percent of its total energy consumption. Most of that falls in six energy-intensive subsectors: steel, cement, petroleum, chemicals, mineral manufacturing and industries related to power generation. China's Five Year Plan, which runs through 2020, specifies a 15 percent reduction in energy consumption intensity and an 18 percent drop in carbon dioxide emissions intensity, while boosting forest cover to over 23 percent of total land area. If these targets are met, China will make significant progress towards its commitments under the Paris Agreement to peak carbon dioxide emissions in 2030 or sooner.

China recognizes that cutting energy consumption alone won't take it as far enough. It also needs to generate more renewable energy. The share of coal in China's energy mix has dropped nearly 9 percent between 2005 and 2015, while non-fossil power generation has nearly tripled. Its burgeoning solar power sector – installed solar power capacity increased by nearly 82 percent last year to bring the total solar capacity to more than 77 gigawatts, enough to power about 6 million U.S. homes for a year. Strikingly, one way China is expanding its solar capacity is by building solar panels on abandoned coal mines. One such project in Shanxi province covers 160 hectares and can produce enough electricity to power 30,000 homes.

China has been moving forward with putting a modest price on carbon. Starting in 2013, China began to pilot emissions trading programs in seven regions. To date, these pilots have traded about 197 million tons of carbon dioxide that is worth about 4.5 billion yuan ($678 million). The volume of carbon dioxide traded is about equivalent to the annual emissions of Colombia. We expect China will begin rolling out a nationwide emissions trading program in the coming year.

China has clearly made progress to be a climate leader in recent years. Now, we'll see if China will enhance its national climate commitment for 2020, which all countries are expected to do under the Paris Agreement. We will also watch to see if Chinese extends beyond its borders, including reconsidering its support of high-carbon energy infrastructure in other countries.

Given the void left by the U.S. administration, China has a unique opportunity to step forward on the global stage. The big question is whether China takes on this role and if it steers the world to achieve the vision of the Paris Agreement.