In August, WRI received the U.S. Green Building Council’s LEED Silver certification for the 2016 renovation of its global office in Washington DC. The certification adds to WRI’s expanding portfolio of green office spaces, which also includes the WRI China Office, certified LEED Gold in 2014. While WRI chose to participate in the LEED certification process, a global leader, there are many other kinds of green building certifications, all of them reflecting the enormous role buildings play in our lives, cities and environment.

In the past decade, communities across the globe have embraced green building certification as a way to recognize and encourage sustainable construction by setting standards for whole-building energy efficiency, water conservation, materials and waste management, interior air quality and other innovative features that reduce environmental impacts and create healthier spaces. They also drive the construction industry to raise the bar on sustainable performance. Over time, building certification standards have been incorporated into national and local building codes and used in policies to foster their widespread application in new construction.

According to the UN’s 2013 global assessment on climate change, commercial and residential buildings represented 32 percent of the total global energy use and 19 percent of energy-related greenhouse gas (GHG) emissions in 2010.  Buildings can also strain water resources and materials, and even affect the health of occupants.  All green building certifications aim to improve sustainability of buildings, but there are many variations in their methods for achieving this goal. Four of the major categories of certifications are described below.

LEED (Leadership in Energy and Environmental Design), developed and released by the U.S. Green Building Council in 2000, was one of the earliest green building certification programs in the nation. More than 38,600 commercial projects in over 167 countries and territories are LEED certified. In the United States alone, over 24,000 projects have been certified, with 738 in China and 653 in India. LEED has also expanded beyond new commercial or multi-family construction projects to certify existing buildings, interior fit-outs, neighborhood design and single-family homes. A Greenbiz report estimated that LEED projects contributed to the reduction of 0.35 percent of U.S. carbon emissions in 2011 and have the potential to reduce nearly 15 times that amount (4.92 percent) by 2030. 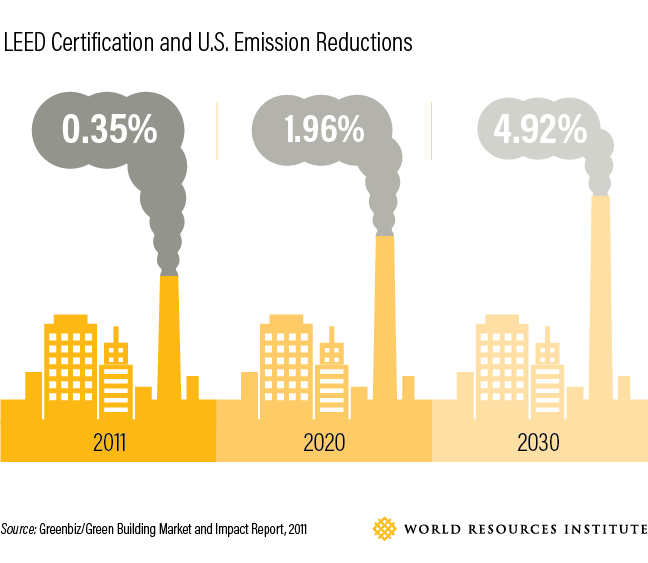 As LEED has evolved, other certification methods have expanded green criteria even further. In 2006, the Living Futures Institute created the Living Building Challenge. Like LEED, this program evaluates various types of new construction and single-family homes, but adds more holistic and subjective features, including beauty and social justice. It also bans a group of toxic chemicals, called the Red List, that are harmful for the environment and for human health.

An alternate approach to establishing building design criteria is to focus on a particular region, such as Green Star in Australia, developed in 2003. The advantage of this approach is that the criteria relate directly to the climate and context of that region, whereas the international certifications must apply to all climates and conditions. To date, the Green Star program has certified 1,372 projects. Other regional or country-specific certifications include DGNB in Germany, CASBEE in Japan, and LEED Canada.

The International Finance Corporation developed EDGE certification to promote energy, water, and material efficiency in commercial and multi-family developments in emerging markets. EDGE offers a tool to estimate energy use during the design process and a lower-cost certification process. Currently, there are 33 ongoing EDGE projects in countries including Vietnam, India, Ghana, China, Costa Rica, Mexico and Indonesia. 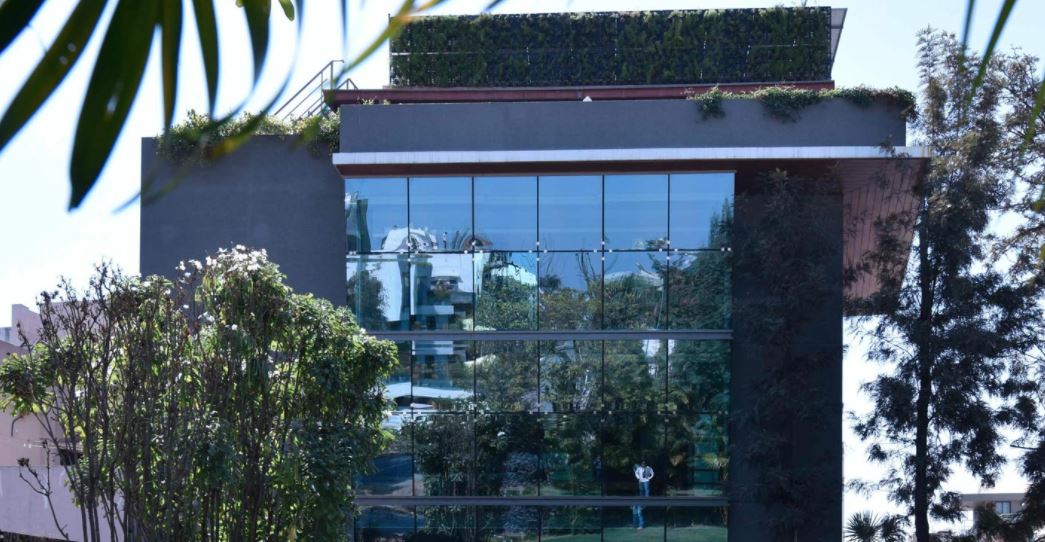 Energy Star, developed in the U.S. in 1995 for homes and commercial and industrial buildings, focuses specifically on energy use and includes nearly 30,000 commercial projects. In addition to the certification program, the Energy Star suite of tools also offers occupant engagement programs, equipment energy efficiency labels, and benchmarking data to understand overall progress in building energy use. Underscoring the strong public-private partnerships developed through this program, over 16,000 businesses have now committed to rigorous ongoing energy efficiency efforts. Recent Trump administration attempts to cut the program were repulsed when over 1,050 companies urged Congress to stand up for Energy Star. The program is safe for now, but with a proposed 40 percent cut in funding, its future effectiveness remains uncertain.

Under the Living Futures Institute’s NetZero Energy Certification, launched in 2011, a building must produce as much or more renewable energy as it uses; this requires the use of onsite renewable energy systems such as PV, wind turbines or solar thermal. Despite the Zero Energy program’s recent release and the requirement for certifications to have one year of post-implementation energy data, there are already 22 certified projects.

In 2013, a new concentration emerged with the Well Certification, which looks primarily at occupant health in commercial buildings, factoring in improved indoor air quality and physical and mental well-being. According to developers, Well Certification can be an incentive to attract tenants.

Health-focused certifications often promote outdoor space for well-being. The Sustainable Sites certification, developed by the American Society of Landscape Architects, Lady Bird Johnson Wildflower Center and the U.S. Botanic Garden, looks exclusively at the health and restoration of the landscape. Sustainable Sites certification includes criteria for managing the water cycle, conserving or restoring soil and vegetation, and other components, such as spaces that encourage reflection or physical activity.

In dozens of cities, green certification programs have led to or contributed to local policy changes, with standards for green building performance becoming mandatory for publicly funded projects. Over 41 cities have adopted LEED standards for their facilities, and 29 have integrated Energy Star tools into policies. Washington, for example, requires both Energy Star standards as well as LEED certification for District-owned buildings. Many other jurisdictions are going beyond certifications, with mandatory energy and green requirements for new and existing buildings.  California adopted a mandatory green building code called CALGreen and New York City adopted the Greener, Greater Buildings Plan (GGBP).

As policies make sustainable construction a requirement, certification programs continue to raise standards for excellence and recognition. Combined with policy tools such as energy labeling, carbon markets, sustainable procurement and subsidies or financing support for green buildings and retrofits, they advance greener construction and play a key role in energy use reduction worldwide.

For more on how governments can implement building efficiency policies and programs, see WRI's 2016 report. Further resources are available from the Building Efficiency Accelerator, a public-private collaboration that partners with subnational governments worldwide to advance sustainable buildings.