The world is finally waking up to its food loss and waste problem. No surprise: about a third of the planet’s food is lost or wasted, at a global cost of nearly a trillion dollars, with a monstrous environmental footprint including land, water, fertilizer and greenhouse gas emissions.

This dawning awareness has sparked exciting, innovative leadership by businesses and governments committed to keeping food from spoiling or being thrown out.

With Stop Food Waste Day around the corner on April 28, here are three trends to watch:

In a recent study, date label standardization was identified as one of the most cost-effective solutions for reducing food loss and waste. In February, the Food Marketing Institute and the Grocery Manufacturers Association, the two largest U.S. trade associations for grocery manufacturers and retailers, announced a new voluntary effort to standardize date labels on food.

Consumers contribute most to the problem of lost and wasted food in the United States, and confusion over date labels is one major reason why. Vague language like “best by,” “enjoy by” and “sell by” often leads consumers to throw away food that is safe to eat. 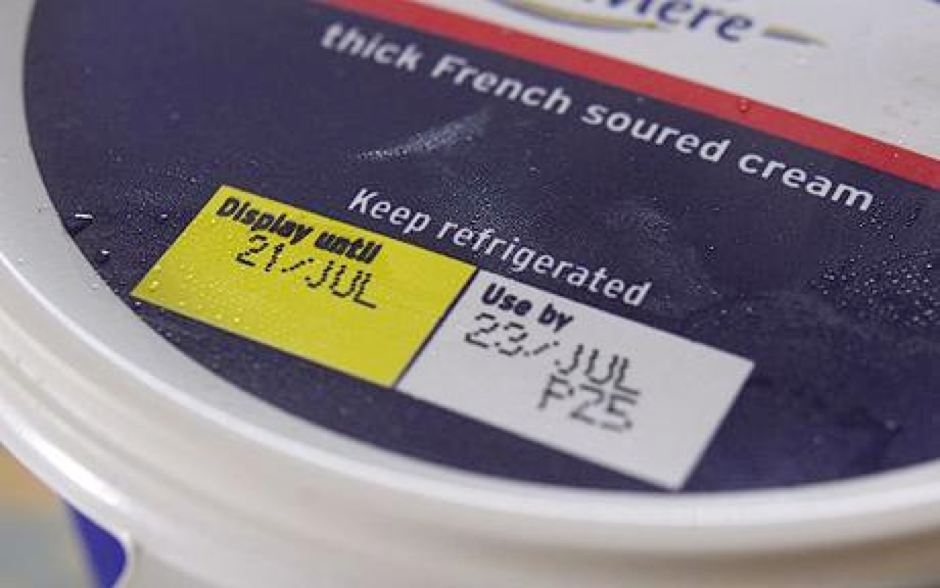 This label has both a “display until” and “use by” date, making it confusing for the consumer to know which label is relevant. (Food Waste Network)

Under the new voluntary plan, only two standard labels will appear on food: “use by” for perishable items, indicating the last day they can be safely consumed, and “best if used by,” indicating the last date of peak quality for the product. This aligns with a similar “two-label standard” that has been adopted in other countries, like the United Kingdom and Japan. These changes will save consumers money, since they won’t toss food they can use, potentially reducing food loss and waste by 8 percent.

What to Watch: Will other companies make this shift? And what efforts will be needed to get consumers to understand the new labels?

Because food loss and waste occurs at every stage of the system – from production to transport to retail sales to consumption – it’s important to involve players from all those stages. In the Netherlands, a new coalition called the Taskforce Circular Economy in Food linked 25 members representing the entire food supply chain, including small businesses, large multinationals, government, nonprofits and international agencies. They plan to develop a national strategy to curb food loss and waste domestically and launch new projects to promote innovation.

This is just one example of a public-private partnership focusing on this problem. In November, the U.S. Department of Agriculture and Environmental Protection Agency announced the U.S. Food Loss and Waste 2030 Champions, a group of 15 businesses committed to cutting their own food loss and waste in half by 2030. Internationally, Champions 12.3 is bringing together leaders from the public and private sectors in all parts of the world to promote the need to waste and lose less food.

By bringing together policymakers, producers, manufacturers, retailers and consumers, teamwork can lead to wider change than one business or policy can achieve alone.

What to Watch: Will more companies and governments team up to cut food loss and waste? What role will other actors, such as nonprofits and consumers, play in these efforts?

3. Knowing Where to Start

For many businesses and governments, the problem may be evident, but the solutions are less clear. Where do you even start tackling such a major problem?

The website Further with Food aims to answer that question. Developed by a partnership of 12 different organizations including WRI, Further with Food offers resources on what is already being done to save food from the landfill.  Visitors to the site can explore the experiences shared by others and contribute their own knowledge on topics like food donation, compost, measurement and recycling.

ReFED also recently launched an interactive Food Waste Innovator Database that maps businesses and organizations working to prevent food loss and waste around the world. This database allows site visitors to see who’s working on this issue in their own community and get involved further. And the UN’s Food and Agriculture Organization and the Rockefeller Foundation set up something similar in 2015 with their knowledge-sharing platform on food loss and waste. 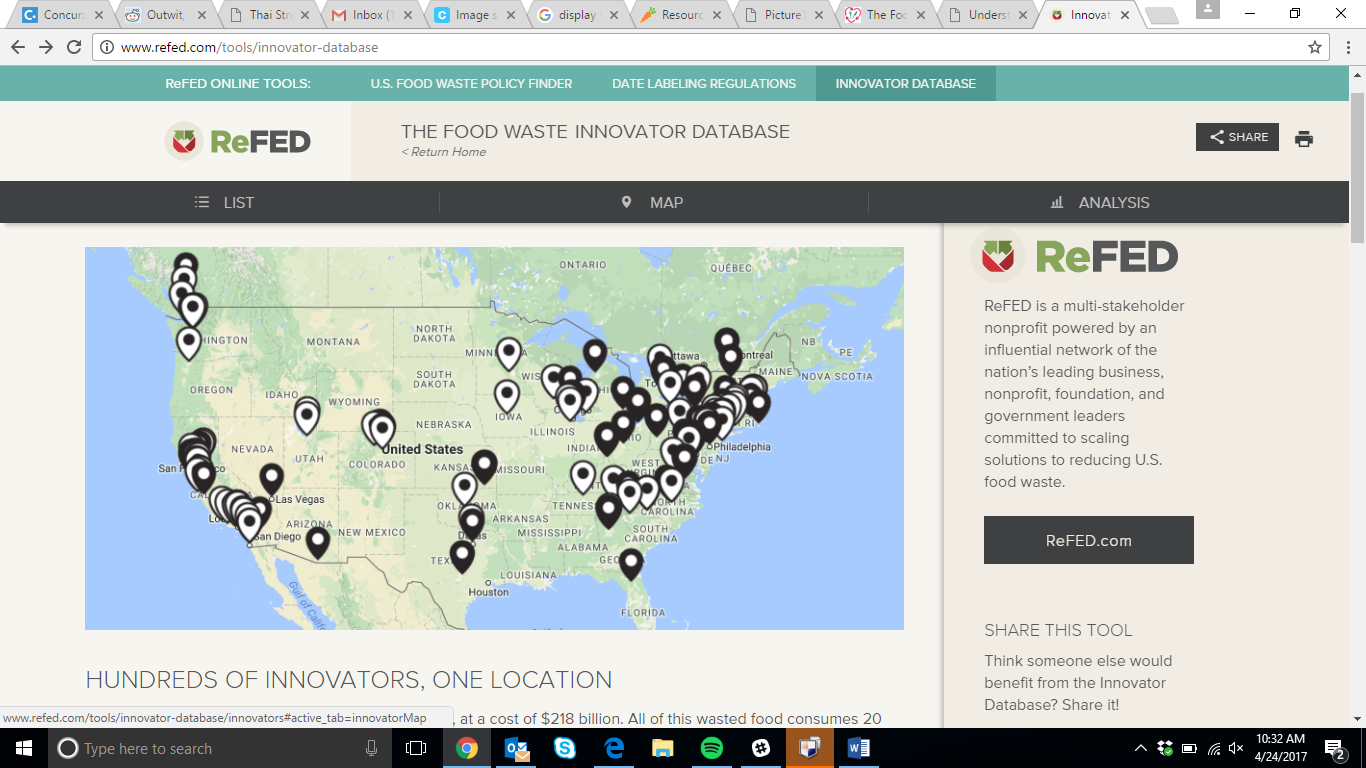 By sharing what’s already working and what still needs to be done, companies and countries can learn from the lessons of others and start achieving reductions today.

What to Watch: These platforms are very helpful for those who are already aware of the difficulties of food loss and waste, but will these resources be targeted at those who are not yet prioritizing the issue? How can those audiences be reached?