The Trump administration’s budget proposal for deep cuts to the State Department and USAID would eliminate funding for the Global Climate Change Initiative, which supports hundreds of climate change programs that benefit the poor in developing countries and advances U.S. interests around the world.

In Indonesia, I worked on a project in Bengkulu, a particularly disaster-prone province that is subject to floods, droughts and typhoons that can destroy a farming family’s crops and income for a year. Our relatively modest project encouraged residents to reduce climate-related risks by diversifying their income by diversifying crops, rather than just raising one or two types, or selling homemade baked goods. An independent evaluation showed the project was money well spent: 68.1 percent of respondents said that they had taken action to cut their household’s economic vulnerability to a changing climate by diversifying. Even more impressively, more than 700 farmers tapped a total of nearly $57,000 in seed capital to invest in these new enterprises, matching the project funds. These changes are likely to last, since they were achieved by tapping existing social networks, strengthening ties between community groups and government, mapping risky areas and developing action plans. 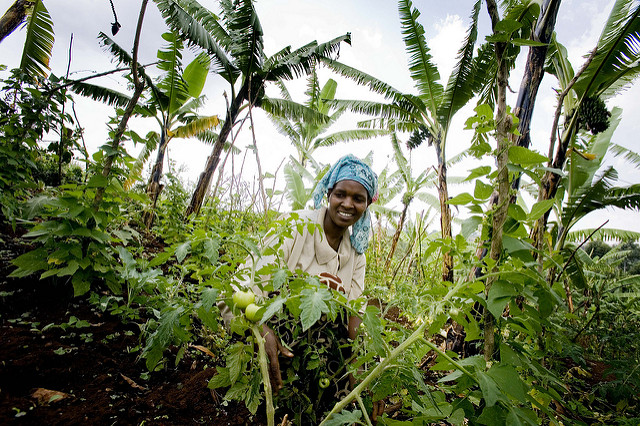 In Uganda, USAID’s adaptation work focuses on agriculture, the country’s most important, most vulnerable sector. Droughts, floods and windstorms cut into harvests, and many farmers lack the resources to re-plant if they lose a crop. Because 85 percent of Ugandans rely on farming for their livelihoods, the country’s economic future and the well-being of its people depend on managing climate impacts while the assuring incomes that can support its surging population, nearly half of which is under age 15. Uganda is a crucial U.S. ally in turbulent East Africa, and ensuring that the new generation can earn a living is crucial to the country’s stability. Working with climate scientists, agriculture experts, anthropologists and other researchers, USAID identified which groups of people would be most affected as conditions change: households headed by women are likely to be hardest hit.

My work on this study included long drives past tiny fields and banana plantations to remote villages, where I shared the study’s findings and discussed how farmers could use the information to prepare for climate change. USAID also helped Uganda fund research and training programs, while the national university established a Centre for Climate Change Research and Innovations. It was so exciting to see young Ugandans gaining the knowledge, skills and opportunities needed to help their country deal with one of its most pressing problems. 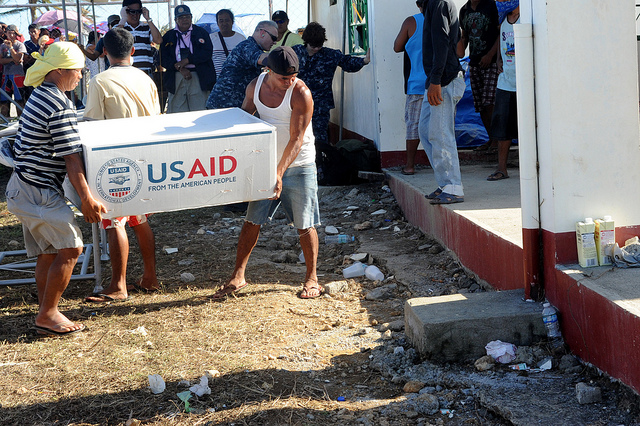 Reducing Climate Vulnerability in the Pacific

Finally, in the Philippines – my second disaster-prone, highly vulnerable Southeast Asian country, and an important U.S. military ally at the time -- adaptation projects focused on helping farmers in a province that experiences an average of six typhoons a year. That included assistance in coping with floods and increasingly severe El Nino-related droughts, as well as projects that aided urban water companies in providing reliable service despite erratic supplies, and linked climate resilience to economic growth in mid-sized cities by strengthening local capacity to plan for climate change and reduce disaster risks.

USAID/Philippines also covers the Pacific Island nations, where these projects can mean the difference between survival and oblivion for communities and cultures. One project focused on providing small-scale infrastructure such as water harvesting systems (necessary because rainfall is increasingly erratic and villages rely on rainfall for drinking water), and hurricane-proof community centers and clinics. We traveled to remote villages to verify that these projects had been completed on time and within budget, and were astounded by the festivities held to welcome us and celebrate new infrastructure: water tanks decorated with ribbons and flowers, roasted pigs, shared songs and dances, and kava that was prayed over and ceremonially imbibed.

At one such celebration, a village elder came to a beach-side podium to say that because her relatives were buried nearby, she could never leave, so she was very grateful for what the American people had done to keep her and other villagers safe. The village survived 2016’s deadly Tropical Cyclone Winston – the most powerful storm on record in the Southern Hemisphere – with no deaths or injuries, in part because the cyclone-proof houses built by USAID offered safe shelter.

Eliminating support for projects like these would send a troubling signal about U.S. priorities. The risks posed by climate change are well-documented, from disruptions in food, water, and energy supplies to increases in damage from extreme weather and sea level rise. The world’s poor, living in places most exposed to climate risks and with the least resources to adapt, will suffer most.

The benefits of investing in climate change adaptation in the developing world are well-documented. Eliminating those investments would jeopardize global progress in development, reduce opportunities for business and threaten national security. Members of Congress need to consider the great value offered by these programs as they vote for U.S. interests around the world.