The ramifications of President Donald Trump’s decision to reinstate and expand the Global Gag Rule, a policy that prohibits U.S. funding to international organizations that administer, counsel on, advocate for or mention abortion, will extend far beyond women’s reproductive health.

And there’s another less obvious impact to slashing funding for reproductive services—it will undercut women’s positive contributions to both civic engagement and environmental decision-making.

Women around the world face significant barriers to civic engagement, such as social norms that limit their activities, inequitable laws that prevent their ownership and even access to resources, and historical discrimination that leaves them uneducated. Yet another enormous hurdle that women must clear before they can participate in political processes—from public consultations in the Philippines that allow indigenous communities to influence logging operations to community forest management boards in India that govern resource use—is time scarcity. 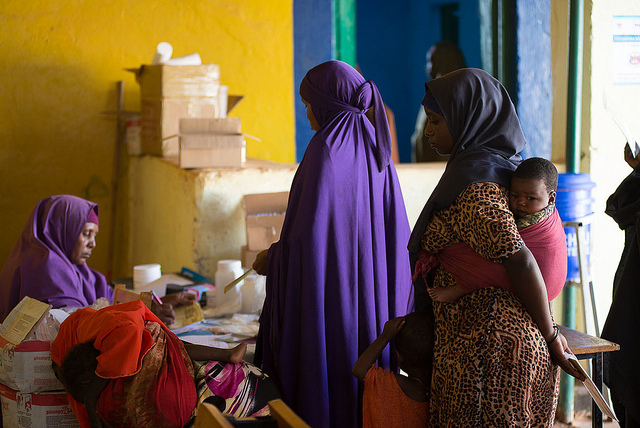 Women’s health center in south Somalia. Photo by A. Gichigi/Trócaire

Overburdened with the bulk of household and caregiving work, many women lack the hours to attend local government meetings, take part in decision-making or raise concerns with local officials. A recent study from Nicaragua verifies that overcoming these household-level challenges is essential to improving women’s participation in community forest decision-making.

When women can choose whether or when to have children, they have greater autonomy. They can allocate their time to pursuing an education, opening up a business, or engaging in policy-making decisions, such as water dialogues to ensure regulations support sustainable resource management or land tribunals that enforce national laws bestowing women with equal rights. Increased social, economic and political capital in turn empower women to help reshape patriarchal gender norms.

Key to all of this is access to family planning and, more broadly, to comprehensive health services, which are intricately linked to gender equality. Gender Inequality Index country rankings, for instance, correlate with national contraceptive use. In Sierra Leone, one of the most unequal nations on the Index, contraceptive prevalence is below 10 percent, but in Norway, which tops the Index’s list, contraceptive use stands at 80 percent.

In places like Norway, where gender parity is high and women are actively engaged in politics, studies show correlation with positive environmental outcomes such as ratifying international environmental treaties or designating protected lands. Additionally, research shows that women, regardless of political affiliation, show greater concern for the environment than men, and that female lawmakers increase the level of collaboration, conflict resolution and capacity for self-sustaining collective action. 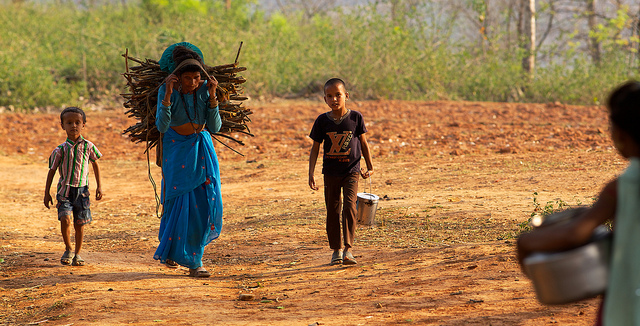 A woman carries firewood in Nepal. Photo by Rob Tinworth/Flickr

This holds true at the local level as well. Natural resource governance, particularly forest governance, improves when women join management groups. This occurs primarily because reliance on forest products is gendered; given regional nuances, women generally collect firewood, fodder and food, while men primarily harvest timber and hunt. Bringing female perspectives into forest management makes decisions more representative, and optimizes forest use for a wider range of tasks. In Nepal and India, researchers found that forests managed by women’s groups showed better overall condition and greater improvement during the period of study than male-managed forest tracts, despite women being given younger forests of lower quality.

What to Expect Under President Trump

Shortly after President Trump reinstated the Global Gag Rule, the Netherlands announced an international fund to reduce the shortfall in global health aid; seven countries have already joined the initiative. Yet their fundraising target of $600 million will likely not be enough to counter the rule’s harmful impacts.

Abortion rates during the Bush administration’s Global Gag Rule increased by 40 percent in sub-Saharan Africa, and many family planning service providers were forced to downsize outreach in vulnerable communities. In Lesotho, USAID had to halt condom shipments to Planned Parenthood, the only distributer in the country. HIV prevalence rose dramatically in the country, with one in four women contracting the virus at that time, in addition to the increased burden of caring for sick family members. The Trump administration’s newly expanded Global Gag Rule may have even greater detrimental effects on women, their civic engagement and their capacity to influence environmental outcomes.