Strong legal rights to land are crucial for Indigenous Peoples and local communities. When communities have weak or insecure land rights, such areas are particularly vulnerable to expropriation, land grabbing and infringements by outsiders. And since communities rely on land and natural resources for their livelihoods, food supply, cultural and spiritual traditions, and more, threats to their lands are really threats to life as they know it.

1. Laws often do not recognize communities as landowners.

Only 11 of the 36 countries assessed (Bolivia, Brazil, Burkina Faso, China, Colombia, Kenya, Peru, the Philippines, Tanzania, Uganda and South Sudan) have laws that recognize communities as the property owners of their lands. Community land in these countries is not treated as vacant or government-owned, as it is in many other countries. Rather, communities are given the same level of legal protection as other types of property owners, such as freeholders or leaseholders.

The remaining countries have laws that provide limited or no legal rights to community and indigenous lands. For example, India and Cambodia have national-level laws that grant communities ownership rights to forest lands and cultivated land respectively, but not to other types of lands commonly held by communities, such as rangelands, wetlands and other uncultivated areas. 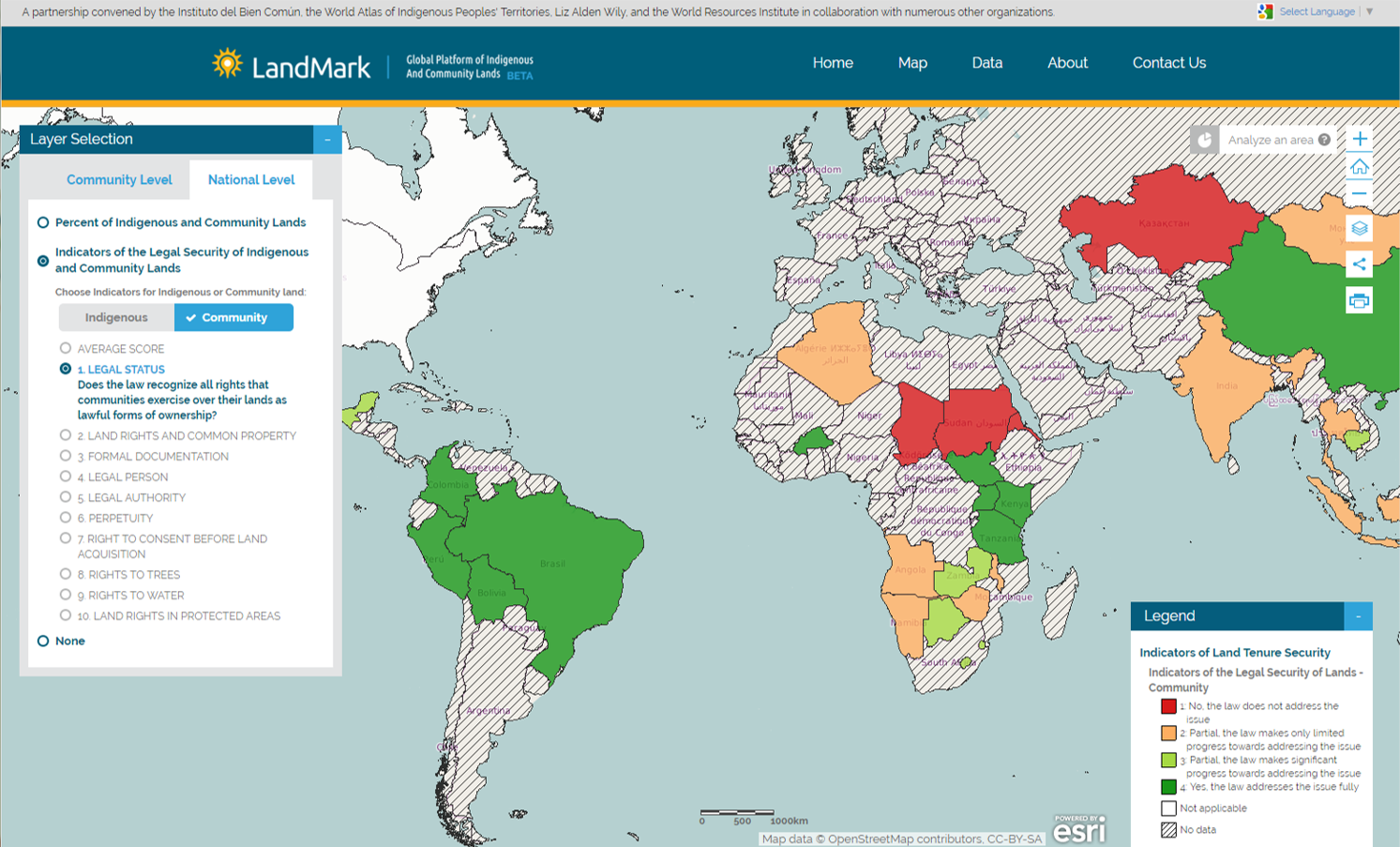 2. Laws often only recognize communities as occupants of government-owned land.

In 25 of the 36 countries assessed, Indigenous Peoples and local communities are not granted ownership rights to their lands. Instead, many of these countries only recognize communities as possessors, occupiers and users of government-owned land, and laws in some countries do not mention community land rights at all. Without recognized ownership rights, community lands in these countries may be particularly vulnerable to expropriation without compensation, land use restrictions, and other infringements by governments, companies and other outsiders. For example, many indigenous communities in the United States, Canada and Australia are only granted the right to occupy, use and control areas they occupy. The governments of these countries ultimately own these reserves and retain underlying authority over them.

Of the 36 countries assessed, only the Philippines, Zambia, Tanzania, Uganda and South Sudan have laws that recognize communities as property owners regardless of whether they’ve registered or obtained formal titles to their lands. In other countries, where registration is required to receive legal protection, communities must follow processes that are often unclear, difficult to access, time-consuming and expensive. While registration processes are underway but incomplete, communities remain vulnerable to dispossession, displacement and other risks associated with insecure land rights.

Last month saw the launch of the Global Call to Action on Indigenous and Community Lands (GCA). The campaign aims to double the amount of land legally recognized as owned and controlled by Indigenous Peoples and communities by 2020, and eventually, secure lands for all communities and Indigenous Peoples. LandMark can help support the GCA campaign by monitoring progress towards the target and encouraging governments to enact laws that strengthen the tenure security of community lands.

Strong legal rights are a necessary first step. But the law itself is insufficient to ensure land tenure security. Governments must not only enact, but also enforce laws that protect the land rights of Indigenous Peoples and local communities. By doing so, governments can help improve livelihoods, combat climate change and promote a sustainable future for our planet.