China’s power sector is the nation’s largest source of greenhouse gas emissions and its biggest industrial water user. To meet increasing energy demand, the country may double its installed generation capacity by 2030. As a result, decisions about electricity generation will have profound impacts on both global climate and domestic water resources.

To help inform decision-making, WRI evaluated the climate-water implications of more than 20 generation technologies either currently in use or proposed, and found several win-win solutions for the country’s power sector to reduce water impacts and emissions.

Water Use and Emissions Implications of Generation Technologies 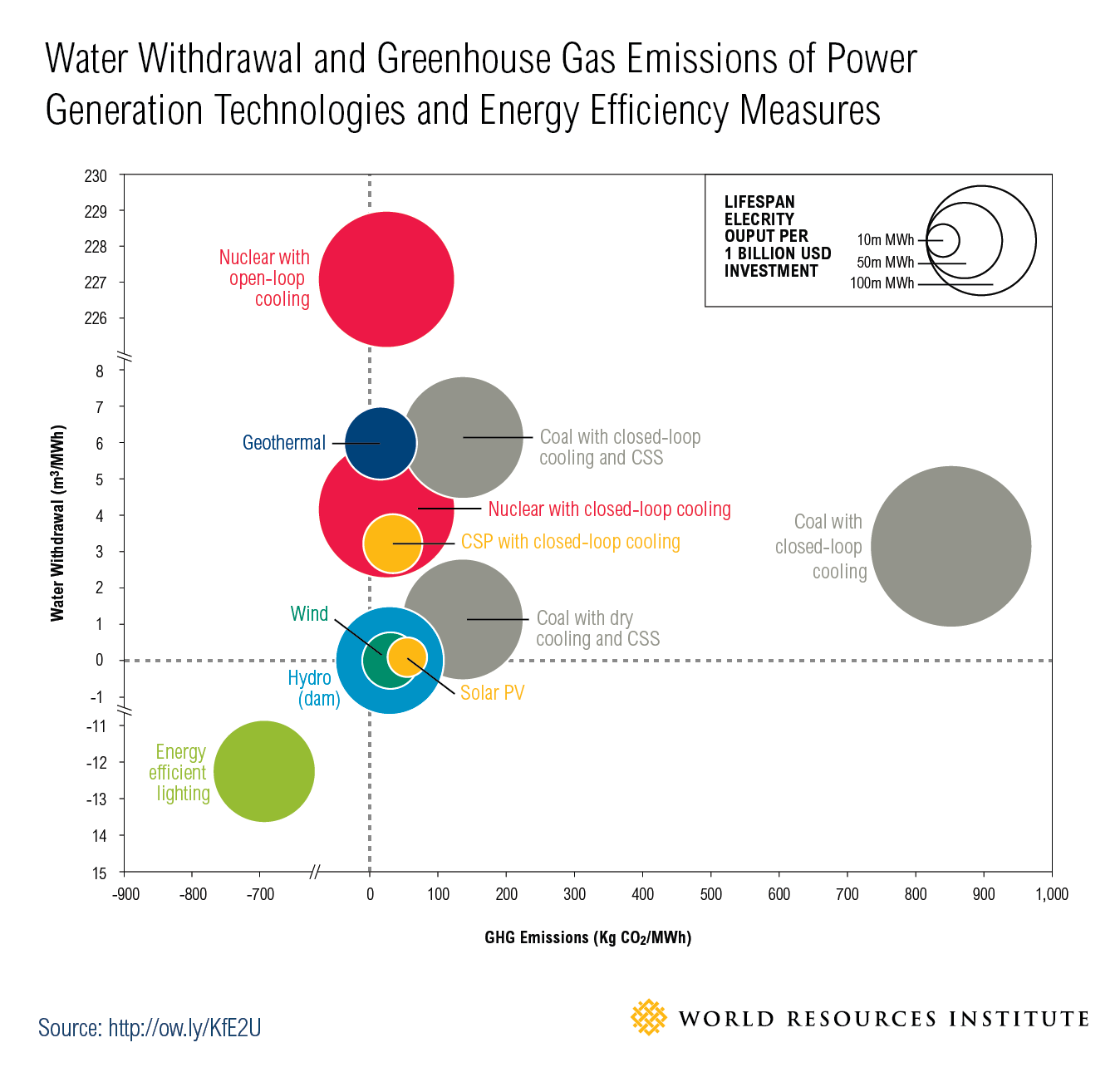 Under this comparison, most power generation technologies lie in the upper right-hand quadrant, where the connection between water use and emissions is most acute. However, the technologies with low water and climate impacts falling into the center and the bottom left-hand quadrant―the “win-win” quadrant – show investments with a positive impact on emissions and water use.

Energy Efficiency, Renewables Are the Best Win-Win Options for China

Based on this analysis, our main observations are:

5 Recommendations to Reduce Water Use and Emissions in Power Generation

Based on our study, we offer several recommendations to help policy makers manage water-emissions impacts of China’s power sector: