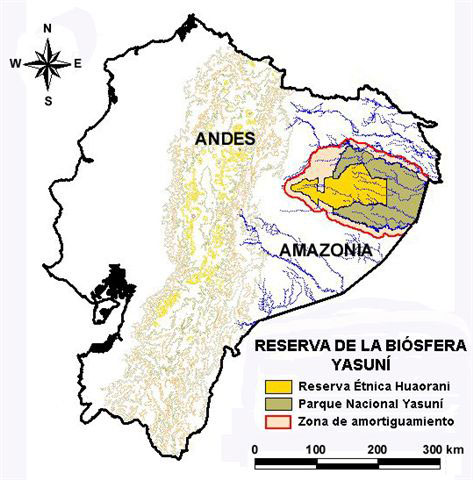 The selection of the Ecuadorian proposal as one of the most innovative climate change proposals within the Clinton Global Initiative strengthens the will of this government to promote the Yasuni development model for the benefit of Ecuador and the world.

The ITT oil block is located in the easternmost corner of Ecuador's Amazon region, within Yasuni National Park. Yasuni was named a UNESCO biosphere reserve in 1989 and scientists including Jane Goodall and E.O. Wilson have called it "one of the most biodiverse places on earth." At least two indigenous tribes, the Tagaeri and Taromenane, maintain their traditional lifestyles in voluntary isolation in Yasuni.

Wallace Global Fund committed $100,000 to the initiative, and joins a growing network of supporters, including Accion Ecologica, Amazon Watch, Earth Economics, University of Maryland, CS Mott Foundation, Pachamama Alliance, and WRI. The Ecuadorian proposal is estimated at US$4.6 billion, and in the first year, will require US$360 million. This makes it one of the most ambitious projects presented at the Clinton Global Initiative, both economically as well as politically.

Prior to the Clinton event, WRI and the U.S. Embassy of Ecuador in Washington, D.C. co-hosted a technical workshop of international finance and development experts to identify funding opportunities and challenges to support the Yasuni proposal.