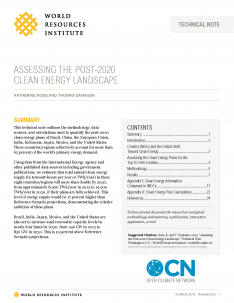 This WRI analysis finds that renewable energy supplies are set to double collectively in eight major economies by 2030 spurred on by new national climate and energy plans. These renewable energy levels will be 18 percent higher in 2030 than previously projected growth rates.