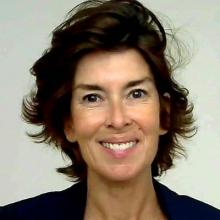 Sophie Mongalvy is a Communications Manager at the Food and Land Use Coalition (FOLU).

Prior to joining WRI, Sophie was a journalist for 17 years, working at Agence France-Presse (AFP) and Bloomberg News. She was a foreign correspondent in East Africa, Scandinavia, and West Africa. Working in print and video, she coordinated AFP's video output from across Africa before moving to Lagos, Nigeria, where she was Bureau Chief for Bloomberg News.

During a sabbatical, Sophie decided to pivot her focus towards environment and development issues. She joined WRI and FOLU in April 2021 as a consultant before becoming a staff.

Sophie is French-Danish and now lives in Paris with her daughter. She enjoys organising debate evenings with friends and neighbours and works in a food cooperative.