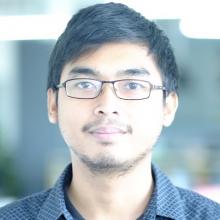 Rizky is GIS Analyst in WRI Indonesia. He works in managing spatial datasets and metadata in database, collecting and collating the spatial and non-spatial data from open and proprietary sources and producing relevant web map application.

Prior to WRI, he worked in Mapping & IT Consultant as GIS Programmer that was responsible to developing web GIS application both in front-end and back-end. Also, he has worked on several research and projects in near-surface geophysics especially in microsesmic analyst to identify subsurface condition in volcanic region, geothermal and dam reservoir field.

He holds a B.Sc. in Geophysical Engineer from Institute Technology of Bandung.

Apart from his work, he is keen to hike and travelling the natural wonders of Indonesia. He also loves drawing, cooking, and watching theater.