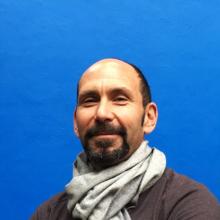 Pablo Lazo is the Acting Director of Urban Development for WRI Ross Center for Sustainable Cities. He is responsible for defining and implementing the strategy for integrated planning concerning low-carbon emissions, resilience, and land use in partnership with other members of the Executive Team. He researches urban planning and contributes within WRI to define metrics and tools that support a strategic urban agenda.

Pablo previously served as Director of Urban Development and Accessibility for WRI Mexico and Managing Partner of Unidad Diseño SC, an architecture, urban planning, and landscape design firm in Mexico City, and as an IFC consultant for the cities in Latin America program. For more than 18 years he was Associate Director for the consulting, engineering, and design firm Ove Arup and Partners in different countries during which he developed the integrated urban planning sector and directed and coordinated urban planning, resilience in cities, mobility, regeneration projects, housing and planning for development.

Within Arup, Pablo coordinated the consultancy of the Rockefeller Foundation 100 Resilient Cities program for different cities in Latin America between 2012 and 2018 and for the USTDA the sustainability master plan for the new airport in Mexico City.

His extensive experience as a leader in multidisciplinary urban planning and consulting teams at the municipal and regional level is recognized in several sustainable developments in the United States, United Kingdom, Spain, Colombia, Mexico and Brazil.

His writings have been published in various media and he has been a visiting professor at renowned universities in the United Kingdom, Brazil, the United States, and Mexico. He is an Architect graduate from the Iberoamerican University and with a Master's Degree from the Architectural Association of London, United Kingdom.