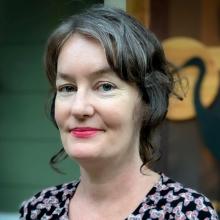 Nicole Sands is a Project Manager for Digital Communications, working with programs, centers and partners to support and grow WRI’s digital presence.

Nicole has worked in digital communications for over 20 years, most recently as Digital Director at Solar United Neighbors. Before that, Nicole worked at Greenpeace, starting her digital career on their first ever website. Her career there grew as the digital field grew and included work on ships, actions, and in offices in the U.S. and abroad. She led the build of many organizational and campaign websites, winning several top non-profit website awards and a Webby. Her website strategy formed the basis for the global organization. She also pioneered Greenpeace’s digital marketing program - bringing in millions of new supporters.

Nicole has a B.S. in Botany. She lives in Gainesville, Fl where she owns a yoga studio – creating a space for people to foster peace in themselves and the world around them.