Member, WRI Global Board of Directors 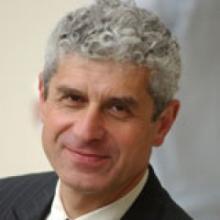 Michael Polsky is the founder and CEO of Invenergy. Invenergy specializes in developing, acquiring and owning various power generations with an emphasis on renewable resources. With nearly 30 years of experience in the energy industry, he is widely recognized as a pioneer and an industry leader in the cogeneration and independent power industry in North America.

Prior to forming Invenergy in 2001, Polsky founded SkyGen Energy, in 1991, where he built one of the most successful teams in the independent energy industry. In 2001, SkyGen was purchased by Calpine Corporation. In connection with the sale, Mr. Polsky was appointed to Calpine’s Board of Directors and became a senior executive at Calpine in addition to continuing in his role as CEO of SkyGen. Prior to forming SkyGen, Mr. Polsky co-founded and was President of Indeck Energy Services Inc., where he led the development and financing of one of the first portfolios of independent power generating assets. Prior to forming Indeck Energy Services, Mr. Polsky held various positions at Fluor Engineers, Brown Boveri Turbomachinery and Bechtel Power Corporation.