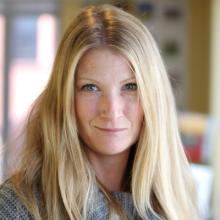 Julie has been a Librarian at the World Resources Institute since August 2005.

Previously, she has worked in the library of several law firms in the DC Metro area including Ober Kaler in Baltimore, MD, Williams & Connolly, Steptoe & Johnson in Washington, DC and just prior to coming to WRI she was a Reference Librarian at LeBoeuf, Lamb, Greene and MacRae.

Julie holds two degrees from the University of Maryland College Park: a Masters in Library Science and a B.A. in Government and Politics. She is also a World Paddling Association (WPA) Level 1 certified instructor.

A native of Maryland, Julie currently resides on Kent Island on Maryland’s Eastern Shore. In her spare time she enjoys keeping up with her 2 kids, Crossfit, paddleboarding, horseback riding, watching English Premier League soccer, and volunteering at Talsiman Therapeutic Riding.