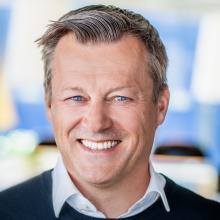 Jesper started his IKEA career in 1995 as the Purchase manager in Pakistan, IKEA Group. During the years he has held different roles such as assistant to Ingvar Kamprad and Anders Dahlvig, CEO at the time, Business area manager Kitchen and Dining as well as his recent role as Managing Director for Range & Supply, Inter IKEA Group.

He has a Master of Science in Industrial Engineering from Chalmers University of Technology, Gothenburg, Sweden. Jesper is married to Lena and they have three kids. His passions are music and the sea.