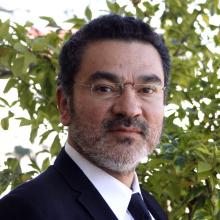 Jaime is the communications manager for WRI México. He leads, guides, coordinates and supervises the activities of WRI México in terms of editorial matters, digital communication and the media.

Jaime belongs to the Directorate of Public Affairs and Communication and seeks that in the near future WRI's message reaches the Spanish-speaking community, made up of more than 500 million people around the world.

He was editor of the cultural sections of one of the most important newspapers in Mexico, Reforma, and later migrated to social communication in both federal and local government agencies. In 2014 he left the world of culture and became a Communications Officer for GLOBE International, officially entering the world of climate change and sustainability. He later worked for UNDP and for GIZ in Mexico. After a brief stay at CTS Embarq México in 2016, he returned to WRI México to be part of this great global family of communication and engagement professionals.

Jaime is passionate about road and mountain biking, playing the guitar, sporadically writing experimental fiction novels, but mainly spending time with his son Lucio and his wife Anahí.