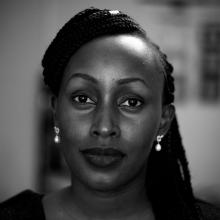 Hellen works as the Resilience African Cities Lead at the World Resources Institute (WRI) Africa Office in Nairobi, Kenya. Hellen is on full-time secondment to the UN High-Level Climate Champions Race to Resilience (R2R) and Race to Zero (R2Z) teams. In this role, Hellen provides support to African focused and led initiatives to advance a climate smart agenda in cities through the R2R and R2Z campaigns. This will focus on delivering positive change for the resilience and livelihoods of urban communities, especially those living in informal settlements.

Prior to joining WRI, Hellen had been involved in participatory planning in over 20 informal settlements, and planning with marginalized communities in Kenya’s Arid and Semi-Arid Areas (ASALs). Hellen also has previously consulted for the United Nations Development Programme (UNDP) providing technical expertise on county spatial planning. Hellen has also worked extensively with city, regional and national authorities in the preparation of over 15 development plans in Kenya and Rwanda. Her experience also includes consulting work on multiple donor-funded projects in the areas of climate resilience, urban governance, urban investment planning, policy, gender, and social inclusion.

Hellen holds a master’s degree in climate change and adaptation as well as a bachelor’s in urban and regional planning. She is a member of the Kenya Institute of Planners.

Hellen lives with her husband and three children in Nairobi, Kenya.