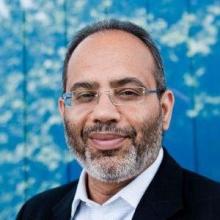 Dr. Carlos Lopes is an honorary Professor at Nelson Mandela School of Public Governance, Faculty of Commerce, University of Cape Town. He is a visiting Professor at Sciences Po, Paris, and Associate Fellow at Chatham House, London. 2017 Fellow at Oxford Martin School, University of Oxford.

Dr. Lopes has been associated with a number of high level boards, including the Global Commission for Economy and Climate, Global Commission for the Future of Work, Global Commission on the Geopolitics of Energy Transformation, Kofi Annan Foundation. He is a current member of the boards of Jakaya Kikwete Foundation, Hailemariam and Roman Foundation, the Graça Machel Trust, the Graduate Institute of International and Development Studies, Geneva, the Global Advisory Board of the African Leadership Institute, Waterloo University International Advisory Board, Blockchain Charity Foundation, African Center for Cities Advisory Board, as well as Honorary Fellow of the African Academy of Sciences and Lifetime Member of the Lisbon Academy of Sciences.

He holds an Honorary Doctorate Degrees from Cândido Mendes University, Brazil, Hawassa University, Ethiopia and the Polytechnic University of Mozambique.

Dr. Lopes is past chair of the Lisbon University Institute (2009 to 2017). He is past head of several institutions at the United Nations, including the United Nations Institute for Training and Research, UN System Staff College and UN Under-Secretary General and Executive Secretary, Economic Commission for Africa, (2012-2016).