The WRI Ross Center Prize for Cities is the premier global award celebrating and spotlighting transformative urban change, and its $250,000 grand prize winner for 2020-21 has been announced: Sustainable Food Production for a Resilient Rosario, an urban agriculture project from the municipality of Rosario, Argentina.

The four other finalists were from Ahmedabad in India, London in the United Kingdom, Kibera in Kenya, and Monterrey in Mexico. All of the projects found innovative and inspiring ways to address climate change and urban inequality together, the theme of this Prize cycle. Each runner-up also receives $25,000.

For more on the Prize, including video profiles of each of the five finalists, go to prizeforcities.org. 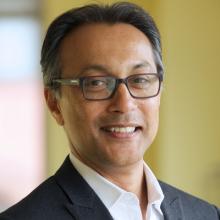 “Rosario’s urban agriculture program stood out for many reasons: its vision, innovation, benefits for the poor, and the ripple effects beyond the city. Beyond the climate benefits of converting urban land for agriculture, the program has created a cultural system where people are not only conscious of what they eat, but where the food comes from, how it’s made, and how the land itself is treated. By converting under-used land and training people to grow food, Rosario took control of a crisis and laid the groundwork for the future.”

“Rosario’s landscape has been transformed. Degraded soils have been revitalized into food production. Families work the land using ancient knowledge and helping their neighbours. There’s a crucial cooperative spirit in every single garden. The city has become full of small markets selling the produce. People have had to really think how to use and protect the soil in the face of temperature changes, increased rainfall. They’ve worked on keeping it productive and able to absorb excess water.” 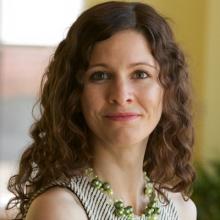 “Working on the Prize, I get to meet the real, inspiring people behind these changes. They’re often rebellious change-makers. They challenge conventional wisdom. They’re tireless and driven. They have a very strong sense of justice and wanting to overcome deep-rooted patterns of exclusions in their own city. I find that extremely inspiring.”

RELEASE: Prize for Cities Awarded to Rosario, Argentina, for Improving Resilience and Equity Through Urban Agriculture

RELEASE: 5 Finalists for 2020-21 Prize for Cities Show How to Tackle Climate Change and Inequality Together