'Count it, Change it, Scale it' with Andrew Steer 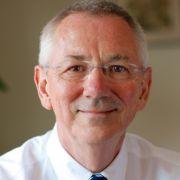