Home > RELEASE: Significant Risk of Water-Related Conflict in Parts of Iraq, Iran, Mali, Nigeria, India and Pakistan Over Next 12 Months

RELEASE: Significant Risk of Water-Related Conflict in Parts of Iraq, Iran, Mali, Nigeria, India and Pakistan Over Next 12 Months 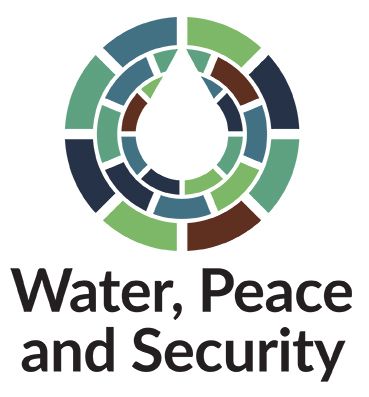 GENEVA (December 5, 2019)—What if we could predict violent conflicts before they arise and help stop them? A groundbreaking new tool, launched today by the Water, Peace and Security (WPS) partnership, can predict the risk of violent conflicts up to 12 months ahead of time. The WPS Global Early Warning Tool uses machine learning coupled with environmental, meteorological, social and economic data to forecast exactly where organized violence is likely to occur. This tool will enable global development, diplomacy, disaster response and defense experts – together with country governments and local stakeholders – to intervene and help defuse conflicts before blood is shed.

The WPS Global Early Warning Tool predicts the risk of conflict over the coming 12 months across Africa, the Middle East, and South and Southeast Asia (and soon globally) by analyzing patterns between violent conflict and more than 80 environmental, economic and social variables going back 20 years, and then compares those patterns to current conditions to pinpoint potential hotspots. The tool has highly granular spatial resolution – at the sub-provincial or district/county level. Early trials suggest an 86% success rate in identifying conflict situations where instances of organized violence lead to more than 10 fatalities. The tool is unique in separating emerging conflicts from ongoing conflicts. Our initial findings show that the tool’s water risk indicators are significant in predicting emerging conflict.

Water is certainly not the only driver of conflict, but it is an important – and often overlooked – one. A quarter of the world's population lives in extremely water stressed areas. While action on water issues can serve as a means of building peace, water risks like drought, scarcity, pollution and floods can also serve as threat multipliers that help trigger conflict or contribute to famine, loss of livelihoods or displacement. Previous early warning tools have only focused on vulnerabilities such as political, economic, social and demographic factors to predict conflict. The WPS Global Early Warning Tool is unique because it combines these factors with environmental variables linked to water – such as rainfall, water scarcity and crop failures – to understand the full picture.

Initial findings from the WPS Global Early Warning Tool predict risk of conflict in the next 12 months in many parts of the world, including:

Why consider water? In Syria, unsustainable use of water to irrigate agriculture together with a record five-year drought from 2006-2011 forced up to 1.5 million farmers and their families to migrate to urban centers and likely contributed to destabilizing an already very fragile situation. In Somalia, drought and conflict have converged, causing a quarter of a million people to flee from their homes. In India in 2016, riots over water turned deadly when the Supreme Court ordered the state of Karnataka to provide water to relieve drought-stricken farmers in neighboring Tamil Nadu. The ability to predict where possible water-related tensions are rising and help local actors provide targeted interventions is absolutely essential.

The Water, Peace and Security partnership is comprised of six organizations who specialize in environment, development and international security: IHE Delft, World Resources Institute, Deltares, The Hague Center for Strategic Studies, International Alert and Wetlands International. There are three affiliated partners, including the Pacific Institute, Oregon State University, and New America. In addition to the Global Early Warning Tool, WPS is developing country-specific tools and approaches to more deeply analyze local drivers of conflict and underlying issues and to support conflict sensitive interventions that can address or mitigate the threats. This will help national and local stakeholders offer direct interventions that can more quickly avert violence.

The tool was released today at the World Meteorological Organization in Geneva in the presence of Sigrid Kaag, Minister for Foreign Trade and Development Cooperation of the Netherlands, Petteri Taalas, Secretary-General of the World Meteorological Organization and Yves Daccord, Director-General of the International Committee of the Red Cross just ahead of the 33rd International Conference of the Red Cross and Red Crescent. In 2018, an early version of the WPS Global Tool was presented at the United Nations Security Council.

“Water crises are increasing around the world and will only be exacerbated by climate change. Understanding the hydrological dimension of such crises is not enough to come up with acceptable solutions – we also have to understand their implications on humans and social, economic and political systems, often ill-equipped for dealing with such crises in an effective and cooperative manner. The research undertaken by the Water, Peace and Security (WPS) partnership therefore does not only fill an important gap in academic research, but also effectively bridges the science-policy gap by providing information-based advice and guidance for those working on preventing and mitigating water-related disputes.” - Professor Eddy Moors, Rector, IHE Delft

“As the world’s population moves closer to 10 billion people, we are seeing more severe water and food crises, social unrest and conflict. Water is often an overlooked root cause of conflict and destabilizing migration. The Water, Peace and Security Global Early Warning Tool and other components of the WPS approach are designed to help water-insecure countries map and understand the challenges, mobilize resources, build capacity and take action. With the power to predict conflicts triggered in part by water risks 12 months in advance, and with a high degree of geospatial resolution and certainty, we hope this is a game-changer in helping prevent such conflicts in the first place.”
- Charles Iceland, Director of Global and National Water Initiatives, World Resources Institute

“Imagine what it feels like to compete with others for your water supply. That is the reality for millions of people around the world. But water-related conflicts can be prevented. The early warning tool will help us spot risks early on and take joint actions to stop them. This means building trust, collaboration and dialogue between governments, civil society and communities, to come up with solutions on how to use the water sustainably, and make it is accessible to all. By working together, we can ensure that water fosters peace and collaboration, not conflict.”
- Jessica Hartog, Head of Natural Resource Management and Climate Change, International Alert

“Big data analytics makes it possible to do more granular and detailed analysis. This is useful to better support the awareness and understanding of policy and decision makers regarding (future) complex situations. The WPS Global Early Warning Tool allows us to visualize the nexus between scarce resources such as water and arable land, climate change, and political and social instability. Further possibilities for predictive analyses are growing by the day and enable us to better prepare for and prevent future catastrophes regarding water, peace and security.”
- Michel Rademaker, Deputy Director, The Hague Centre for Strategic Studies

“When shifts in water security are combined with the degradation of wetlands, competition for natural resources such as fisheries and pasture is intensified and this can escalate into violence and displacement, especially in fragile states. Those communities, especially women and children, who are among the most vulnerable to water shocks because they have little capacity to adapt, are most affected. We need to understand how healthy ecosystems like wetlands help to sustain peace and what the thresholds of change are for conflicts to arise. Predictive tools are essential in stimulating action to prevent social unrest and are complementary to the local knowledge and understanding of how people interact with ecosystems.”
- Jane Madgwick, Chief Executive Officer, Wetlands International

About the Water, Peace, and Security partnership
Water, Peace and Security (WPS) is a collaboration between six partners: IHE Delft, World Resources Institute, Deltares, The Hague Centre for Strategic Studies, Wetlands International and International Alert, funded by the Netherlands Ministry of Foreign Affairs. The initiative is intended to become an open network that can bring together knowledge, capacities and activities directed at speeding up and scaling up preventative action in the context of water stress-induced conflict, migration, or other forms of social destabilization. Hence, the consortium collaborates with a growing number of other institutions, including Oregon State University, Pacific Institute and New America. More information at waterpeacesecurity.org/

About IHE Delft
IHE Delft Institute for Water Education is the consortium lead of this project. IHE Delft is the largest international graduate water education facility in the world and is based in Delft, the Netherlands. IHE Delft is a not-for-profit organization and has a signed partnership agreement with UNESCO. Its over 200 staff focus on education, research and capacity in the broad fields of water engineering, water management, environment, sanitation and governance. Large part of this work is done across the world partnering with stakeholders from the water sector.

About World Resources Institute
WRI is a global research organization that spans more than 60 countries, with international offices in Brazil, China, India, Indonesia, Mexico and the United States, regional offices in Ethiopia (for Africa) and the Netherlands (for Europe), and program offices in the Democratic Republic of Congo, Turkey and the United Kingdom. Our more than 1,000 experts and staff turn big ideas into action at the nexus of environment, economic opportunity and human well-being. More information at www.wri.org.

About Deltares
Deltares is a leading (not-for-profit) and internationally operating consultancy and applied research institute in the field of water and subsurface, based in Delft. Throughout the world, Deltares works on innovative solutions and applications for people, environment and society. Deltares holds expertise in the policy, science and engineering disciplines to address sustainability issues. Deltares has a wide network of international cooperation, both with government and private organizations. Deltares works with major knowledge institutes in the world, but at the same time they are involved in many commercial projects, particularly for major international financial organizations.

About The Hague Centre for Strategic Studies
The Hague Centre for Strategic Studies is an independent think tank. HCSS creates models and monitors for public and private organizations to improve their situational awareness and provide them with a better understanding of their strategic environment. They also compile, collate and generate new datasets, design tailor-made analytical frameworks and build fully interactive web interfaces. HCSS’ in-house competencies include predictive modelling using both structural and dynamic data, web scraping, text mining, advanced internet search techniques and data visualization. HCSS works with clients from both the public and private sectors.

About International Alert
International Alert is an international peacebuilding organization with its headquarters in London, UK. It also maintains a European Office in The Hague, The Netherlands, and in 19 other countries across the world. Around 250 experts and staff work on programs to advance conflict resolution, support human rights and build a more peaceful future. Alert employs five methodologies in its peacebuilding programming: dialogue, research, advocacy, accompaniment and training and learning. Of these, dialogue is most commonly used. Alert supports dialogue processes between communities or between communities and government authorities or businesses.

About Wetlands International
Wetlands International is a global non-profit organization with its global office in the Netherlands complemented with 20 country and project offices that allows it to work in over 100 countries. It works to sustain and restore wetlands and their resources for people and biodiversity. Wetlands International’s work ranges from research and community-based field projects to advocacy and engagement with governments, corporate and international policy fora and conventions. It works through partnerships and is supported by contributions from an extensive specialist network and thousands of volunteers.