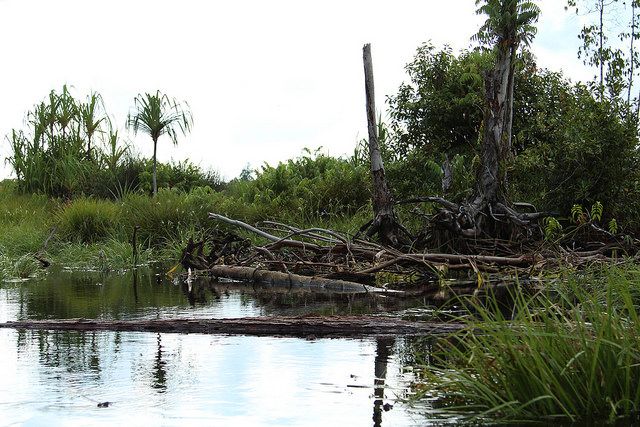 JAKARTA (December 5, 2016)— Today the Government of Indonesia issued a revision to Government Regulation No. 71/2014 regarding the protection and management of peatlands, wetland areas that are a major source of carbon emissions when drained or burned.

Following is a statement by Nirarta Samadhi, Director of WRI Indonesia:

“Indonesia is showing how it is possible to be a leader in both climate and public health with the revision of the Government Regulation No 71/2014 to conserve and restore peatlands. By strengthening the efforts to prevent damages to peatland such as by banning virtually all conversion of peatlands for certain plantations and by encouraging peat restoration, this regulation will be a major contribution to the Paris climate agreement and a relief to millions of Indonesians who suffer the effects of toxic haze from peat fires.

“Peatlands store a massive amount of carbon. When they are drained or burned, often for the production of commodities like palm oil and wood fiber, they release the carbon into the atmosphere. WRI analysis has found that draining a single hectare of tropical peat is roughly equivalent to burning more than 6,000 gallons of gasoline. During several days in 2015, fires on Indonesia’s peat soils exceeded daily emissions from the entire U.S. economy.

“Conserving peat will also address one of the root causes of Indonesia’s land and forest fires, which present a huge hazard to public health due to the effects of toxic smoke and haze. Peat soils, which are naturally saturated, are unlikely to catch fire unless they are drained by humans. Drained or degraded peat soils can be made less flammable by damming drainage canals and ‘rewetting’ the peat.

“Indonesia’s revised peat regulation builds on a strong set of existing policies, including a 2011 Presidential Instruction that prevents the issuance of new permits for use of primary natural forest and peatland. WRI estimates that by 2030, the total climate benefits (avoided emissions and removals measured in units of metric tons of CO2) of the revised regulation could equal approximately 5.5 - 7.8 Gt CO2, depending on whether or not the hydrology of peat within existing plantations is restored. This range is equivalent to roughly all the greenhouse gases emitted in a year by the United States."

Read more in our blog, “Destruction of Tropical Peatland Is an Overlooked Source of Emissions” or learn about our efforts to map Indonesia’s peat resources more accurately through the Peat Mapping Prize.