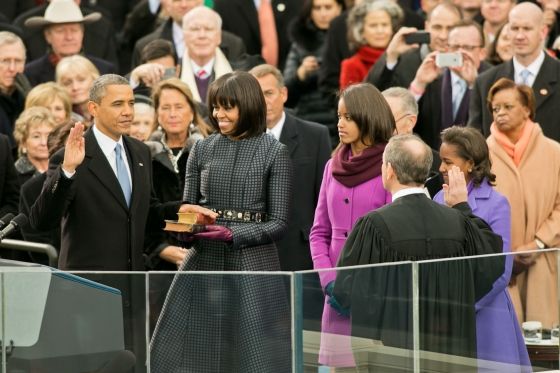 "Today, in his second inaugural address, President Obama set a clear priority for America: address climate change and become a global leader on renewable energy development. Actions toward this end could play a transformative role in promoting America’s future prosperity, and could also help bring about a truly global response to the challenge of climate change. We agree with the president when he said that ‘outworn programs are inadequate to the needs of our time.’

"In the coming months, we look forward to the Administration following through on the president’s ringing call to action. It will be particularly important to move forward with emissions limits on existing power plants and to use other existing federal authorities to reduce greenhouse gases and drive clean energy technologies. The president has already committed to launch a ‘national conversation’ on climate change—this discussion will be critical for communicating global warming’s risks and building momentum, both locally and nationally. In addition to national action, we look forward to a strong foreign policy agenda with climate playing a key role — including bringing a serious, ambitious plan to the UNFCCC international climate negotiations.

"Meeting these goals—in line with the Administration’s existing target of reducing greenhouse gas emissions 17 percent below 2005 levels by 2020—will be key if America is to become a global leader on renewable energy and climate action."