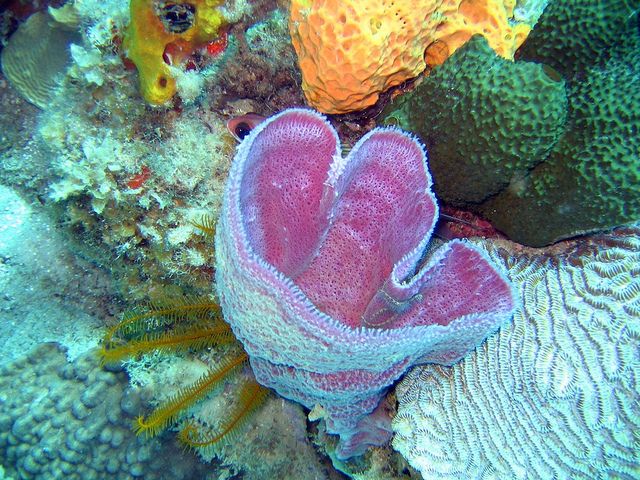 Coral reefs provide significant value to the Jamaican economy, including tourism, fisheries and shoreline protection, according to new analysis released today. The study finds that reef-related fisheries contribute $34.3 million (USD) annually to Jamaica’s economy. The study also revealed that beach erosion due to the loss of coral reefs could result in $23 million (USD) in lost tourism revenue per year. The analysis, entitled Coastal Capital: Jamaica was carried out by the World Resources Institute (WRI), the University of the West Indies’ (UWI) Marine Geology Unit (MGU), the Mona GeoInformatics Institute (MGI), and the Nature Conservancy (TNC).

“Reefs are not only a source of wonder, they offer great value to Jamaica’s economy,” said Lt. Commander Richard Russell, Chief Executive Officer of the Fisheries Division, Ministry of Agriculture and Fisheries. “Jamaica is world famous for its beautiful sand beaches, and protecting reefs is critical to ensure that Jamaica maintains its status as a top tier destination.”

The analysis looked at tourism, fisheries, and shoreline protection, which represent just three of the many culturally and economically important services reef ecosystems provide in Jamaica. Even without a complete valuation of the other ecosystem services, the country’s coral reefs are clearly valuable. The analysis also found that:

“For the first time, we have modeled the link between reef degradation and beach erosion to assess the economic impacts on tourism,” said Benjamin Kushner, Research Analyst at WRI and one of the authors. “Our findings clearly demonstrate how Jamaica’s coastal tourism is tied to the health of its coral reefs.”

According to Reefs at Risk Revisited, a report released by WRI earlier this year, all of Jamaica’s coral reefs are currently under threat, with more than 60 percent in the high to very high categories. The leading threats include overfishing and bad fishing, which threaten all of Jamaica’s reefs; watershed-based pollution and coastal development, which threaten nearly 60 percent of the country’s reefs; and marine-based pollution, which threatens more than 30 percent of its reefs. In addition to these local pressures, global threats, such as climate change and ocean acidification, pose significant challenges to reefs in Jamaica and around the globe.

“Coral reefs provide critical habitat for Jamaica’s fisheries that support thousands of fishermen and provide a range of employment opportunities to many others across the island,” said Richard Waite, Research Analyst at WRI and a lead author of Coastal Capital: Jamaica. “Further loss of Jamaica’s reefs could potentially lead to the loss of thousands of jobs and millions of dollars in annual revenue.”

“In order to turn back the threats to Jamaica’s reefs, we need greater investment to maintain coral reef health and enhance reef-related benefits— and to prevent future losses,” said Ainsley Henry, Acting Director of the Applications Management Division, National Environment and Planning Agency (NEPA). “This important investment would go beyond reefs, adding revenue, creating jobs, and strengthening Jamaica’s economy for generations to come.”

For the summary paper and full technical reports, including the valuation methodology, go to: www.wri.org/coastal-capital.