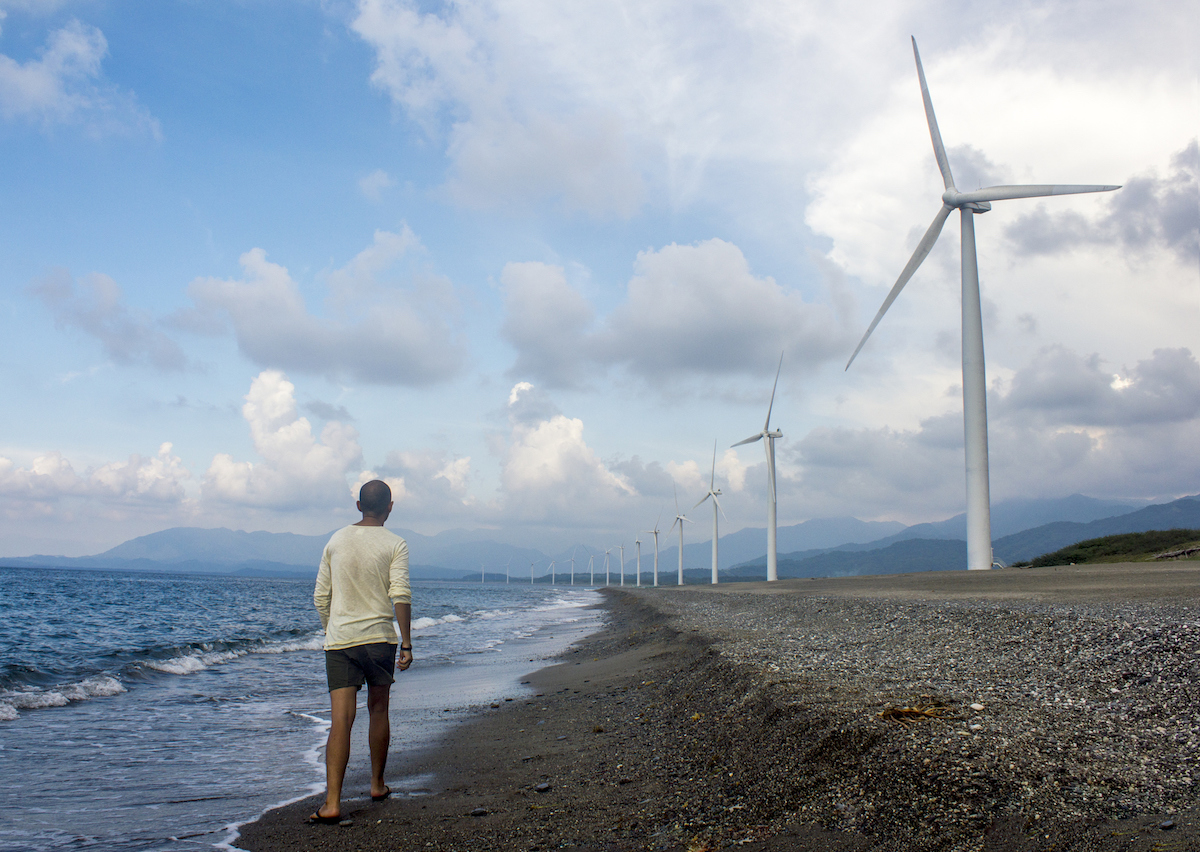 The Philippines is taking a national, comprehensive approach to a just transition through its 2016 Green Jobs Act. Also in 2016, it launched pilot implementation of the International Labour Organization’s Guidelines on Just Transition towards Environmentally Sustainable Economies and Societies, including consultations with a range of stakeholders such as government agencies, the private sector, employers’ and workers’ organizations and development partners.

The Philippines is one of the world’s most vulnerable countries to climate change, and one of just eight countries to have a nationally determined contribution (NDC) under the Paris Agreement that is compatible with keeping global warming below 2 degrees C. As of November 2020, the country was not on track to meet its commitment, but the impact of the COVID-19 pandemic, combined with a moratorium on new coal power plants announced in October 2020, could significantly reduce emissions. The Philippine government has also put in place a comprehensive climate policy agenda, integrated with the Philippine Development Plan. The Climate Change Commission is the government’s lead policy-making body focused on climate, including just transition and green jobs.

As of 2011, 9.3 million Filipinos worked in the high-emissions sectors of electricity, gas, water, mining and manufacturing. Workers’ rights are not guaranteed in the Philippines, with the International Trade Union Confederation (ITUC) ranking the country in the second-lowest of six categories in 2020. Over the past decade, however, an ongoing partnership with the International Labour Organization has laid the foundation for a just transition focused on the creation of green jobs. Studies including “Green jobs and green skills in a brown Philippine economy” in 2010 and Green jobs mapping study in the Philippines in 2014 built the evidence base for policymaking.

In April 2016, the Philippines passed the Green Jobs Act  (RA 10771) to promote sustainable growth, create decent jobs and build resilience against climate change through incentives to businesses generating green jobs. The Act defines green jobs as “employment that contributes to preserving or restoring the quality of the environment,” which must also be “decent jobs that are productive, respect the rights of workers, deliver a fair income, provide security in the workplace and social protection for families, and promote social dialogue.”

The Green Jobs Act provides specific financial incentives for green job creation, including tax deductions (equivalent to 50% of total cost) for skills training, research and development for green jobs, and tax-free imports of capital equipment that would be used directly and exclusively to promote green jobs.

Building on its partnership with the ILO, the Government of the Philippines also joined Ghana and Uruguay in a pilot implementation of the ILO’s “Guidelines on Just Transition towards Environmentally Sustainable Economies and Societies,” which the ILO had adopted in October 2015. The Philippines pilot ran from June 2016 to December 2017, with financial support from the Swedish International Development Cooperation Agency (SIDA) and the Regular Budget Supplementary Account (RBSA) of the ILO. The project included national consultations, training for trade unions and capacity-building, with an emphasis on building and sharing knowledge among existing platforms and constituents.

In connection with this pilot, the Philippines conducted social dialogue on the Green Jobs Act with stakeholders including workers and employers’ representatives. As a result, the Green Jobs Act Implementing Rules and Regulations, published in September 2017, included an emphasis on the need to “pursue a just transition for all, job security for workers affected by the transition process which drives economic prosperity, decent job creation, sustainable and resilient livelihoods and communities, poverty reduction and social justice, anchored on social dialogue and tripartism at all levels.” The Act also included a list of 15 government departments and agencies that have a role in implementing the act, attesting to its integrated, whole-of-government approach.

The pilot achieved its objectives to support Philippine constituents, including government, workers and employers’ organizations, in creating an enabling environment for sustainable enterprises to prosper and create decent work opportunities (particularly by operationalizing the Green Jobs Act), as well as building a tested interventional model and best practice examples that other countries could emulate. An extended list of outcomes is available here, with some of the more notable outcomes including:

In May 2018, the Climate Change Commission partnered with the ILO to hold a multi-stakeholder consultation with representatives from the government, the private sector, employer and workers’ organizations and development partners. The goal was to share information and gather input on several policies and systems, including the financial incentives in the Green Jobs Act, the Green Jobs Content Accounting Protocol and Green Jobs Certification Process (which would standardize accounting of the number of green jobs created by an enterprise) and the Standards for Green Products and Services (which would determine whether a product or service was considered green or conventional). The consultation also aimed to agree on an approach and timeline for sectoral consultations. A draft study was produced, followed by pilot testing. Implementation of the system is ongoing.