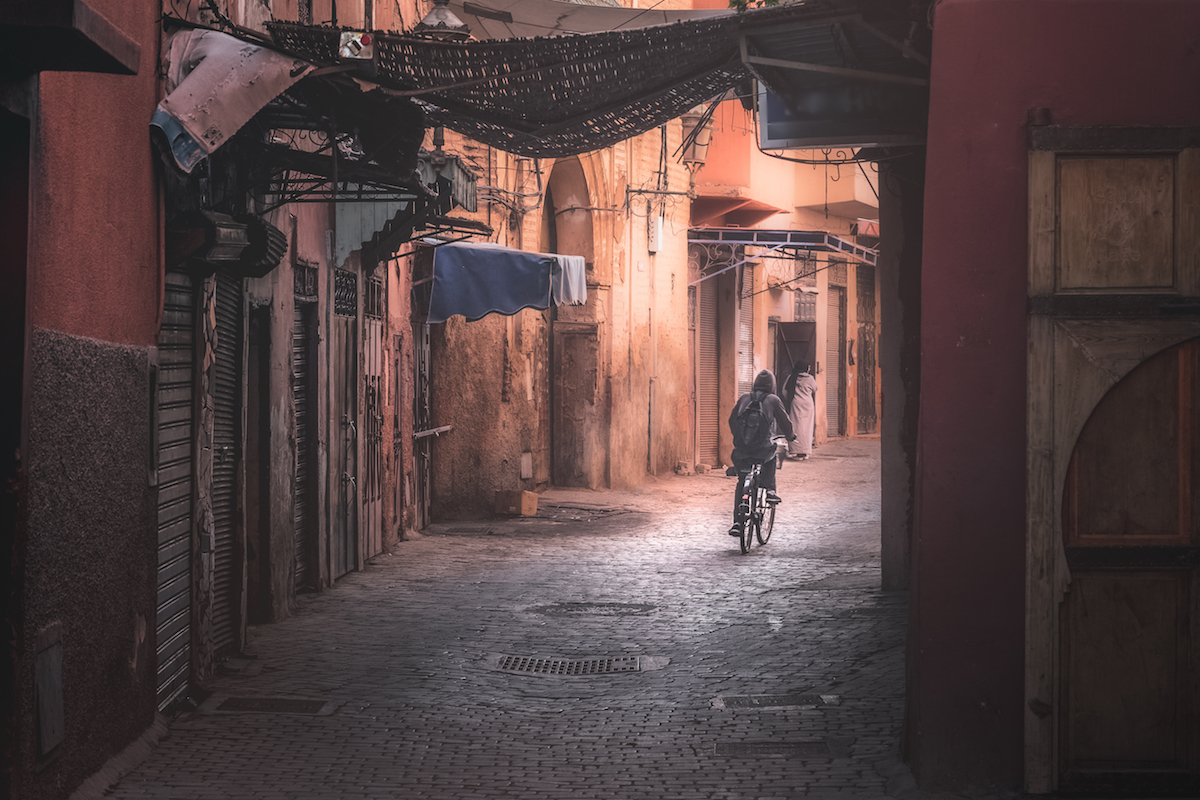 The Government of Morocco’s fossil fuel subsidy reform in 2014 maintained subsidies that disproportionately benefitted poor and rural communities, while reducing government support for fossil fuels and reinvesting the savings in renewable energy projects that created sustainable jobs and increased the country’s energy independence.

The reform of fossil fuel subsidies addressed a mix of concerns related to energy security, budget health and climate action. Morocco is endowed with very few fossil fuel resources and has long relied on imports to meet 90% of its energy needs. Morocco’s energy needs have increased in recent decades as a result of its growing and urbanizing population and socio-economic development. In the early 2010s, shortly before the reforms, subsidies for fossil fuels consumed a large and growing share of the government budget (equivalent to 5% of GDP in 2012), which made the country vulnerable to fluctuations in global energy markets. 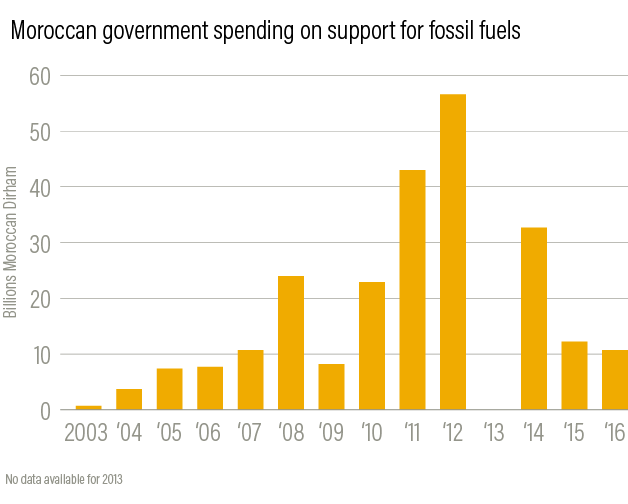 Morocco is also a global leader on climate action. Its National Determined Contribution (NDC) made ambitious commitments, including reducing GHG emissions by 42% by 2030 relative to business as usual and exceeding 42% of installed electricity production capacity from renewable sources by 2020. It has also pledged to reach 52% renewable capacity by 2030. Since 2010, renewable energy has been seen by Moroccan decision-makers and investors as a way to meet growing energy demand and build energy independence, especially given the country’s high solar energy potential.

In January 2014, the Government of Morocco ended gasoline and fuel oil subsidies and began to cut subsidies on diesel. Meanwhile, in the electricity sector, which relies mostly on coal-fired power, direct transfers to the national electric utility continued, but electricity prices for consumers were raised in 2015 for the first time since 2009, which ignited protests across the country (discussed below).

Morocco’s fuel subsidy reforms and renewable energy investments led it to be hailed as a climate “poster child.” By 2019, the country had 2,696 MW of renewable electricity capacity, 34% of its total installed capacity. Renewable energy has been projected to create 26,000 jobs by 2020 and up to half a million jobs by 2040 in Morocco. (See Figure 2)

The fuel subsidy reform was implemented with coordination among relevant ministries, including the Ministry of Economy and Finance and the Ministry of Energy, Mines, Water and the Environment. In addition, new institutions were established to promote investments in renewable energy, such as the Moroccan Agency for Energy Efficiency, the Moroccan Agency for Solar Energy and the public energy service corporation Société d'Investissements Energétiques (SIE).

The Government of Morocco continued to subsidize butane to avoid a disproportionate burden on poor and rural populations, who disproportionately use it for cooking, lighting and agricultural irrigation — meaning that an increase in butane prices would have also raised food prices.

Similarly, as noted earlier, some electricity subsidies had been maintained. After the increase in electricity prices in 2015 sparked protests across the country, a short-term regulatory authority was created to improve cost transparency and market openness. As a result, electricity prices have remained affordable. (See Figure 3) In 2016, the poorest 40% of households needed to spend only 4.6% of their monthly income to consume the average household level of electricity.