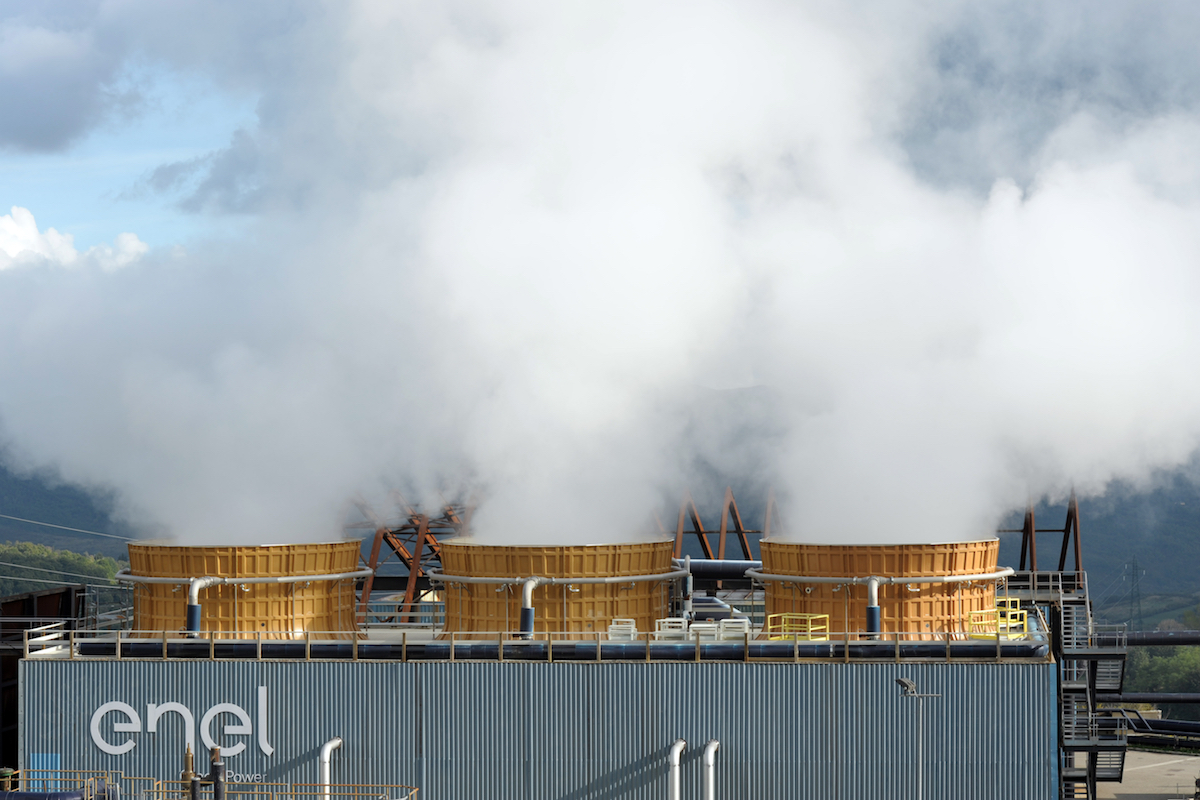 The just transition strategy and Futur-e program of Enel, a major Italian power utility, are prime examples of private sector efforts to plan for the conversion of fossil fuel power plants, workers and local communities. Building on its strong industrial relations and momentum towards sustainable energy, Enel launched a country-wide effort to repurpose 23 power plants and a mine, including redeploying all affected workers and undertaking a participatory process to select new uses for the sites. Enel claimed that as of 2019 all affected workers had been placed in new jobs or retired, and as of late 2020, of the 24 sites, six were awaiting a dialogue on their conversion, six had a new “solution” identified and 12 were progressing “towards a new use.”

The Enel Group is Europe’s largest power utility (by revenue), and its main shareholder is the Italian government. In 2015, Enel pledged to become carbon-neutral by 2050. At the time, just 45% of its electricity production came from zero-emission sources. Enel adopted a series of intermediate targets, including a 25% reduction in CO2 emissions compared to 2007 by 2020, as well as the phase-out of all coal generation plants in Italy by 2025 and globally by 2030. It also plans to reduce coal production by 74% from 2018 levels. Enel released a 2020–2022 Strategic Plan that further calls for the expansion of renewable energy capacity from about 46 GW to 60 GW by 2022.

Enel’s emissions reduction targets align with national strategies and international best practices. Its 2020 and 2030 targets are consistent with the recommendations of the Science Based Targets initiative and with Italy’s 2017 National Energy Strategy. Enel also joined the Climate Action 100+ Initiative, Caring for Climate and Put a Price on Carbon.

To achieve these targets, Enel plans to decommission and convert 23 power stations (oil, coal, combined cycle and gas), representing 13 GW of capacity, as well as a mine in Santa Barbara, Tuscany, by 2030. Two large coal power plants were closed by 2018, and by 2019, conversion had begun at 12 sites. The overall transition will affect more than 68,000 workers, 44% of them in Italy and the rest across 29 other countries.

Building on its track record of high levels of unionization and social dialogue, Enel developed a just transition strategy with trade unions to ensure that no one is left behind as it moves toward carbon neutrality. The firm promotes “participatory” management of Enel’s energy transition, including through social dialogue with workers and respecting workers’ rights and safety.

These principles were laid out in several agreements. The Protocol of National Industrial Relations, signed in 2012, strengthened the role of trade unions in company decisions on restructuring and workforce development. The Enel Global Framework Agreement, signed in 2013 by Enel and five unions or union federations (IndustriAll, PSI, Filctem CGIL, Flaeli CISL and Uiltec UIL) and renewed in 2017, also includes three agreements for a just transition:

These agreements were operationalized through Enel’s Futur-e program, launched in 2015, which focuses on repurposing the 23 fossil fuel power stations and decommissioning the mine. The program engaged local governments, businesses and communities to identify opportunities to reuse Enel’s existing buildings and assets in ways that would promote innovation, job creation and circular economy. As of late 2020, of the 24 sites, six were awaiting a dialogue on their conversion, six had a new “solution” identified and 12 were advancing “towards a new use.”

The just transition measures of Enel’s Futur-e program consist of:

At the outset, trade unions criticized the Futur-e program because they felt insufficiently involved in its initial design. They also pointed out issues of work overload and increased safety risks due to staff reduction. In a joint document in February 2017, three trade unions (FILCTEM-CGIL, FLAEI-CISL and UILTEC-UIL) proposed a more gradual decommissioning process, new investments and, for some sites, a review of the staff reduction process. In response, Enel strengthened its engagement with local workers, social partners and other stakeholders. The projects under the Futur-e program are now selected and developed through a bottom-up approach, with social concerns addressed through the four phases of project planning:

As of 2019, all workers from closed sites had been voluntarily relocated; older workers have also been offered early retirement. Some of the old power stations remained in industrial use, while others found a second life as tourism projects, innovative agriculture sites, biotechnology centers, museums or recreational and cultural centers. Some sites, such as the Carpi turbogas plant and the Trino plant, have been reused by Enel as logistics centers. Studies of Enel’s redevelopment projects, including the Santa Barbara former mining site and the Porto Tolle power plant, note the firm’s participatory approach.

In July 2019, Enel’s CEO signed the just transition commitment promoted by the United Nations, committing to ensuring that all new jobs will be fair, decent and inclusive. In its 2020–2022 Sustainability Plan, Enel adopted additional goals focused on gender and local economic development, including increasing the number of female managers and job applicants, and offering a quality education to 2.5 million beneficiaries between 2015 and 2030 (in line with Sustainable Development Goal 7.1, “By 2030, ensure universal access to affordable, reliable and modern energy services”).