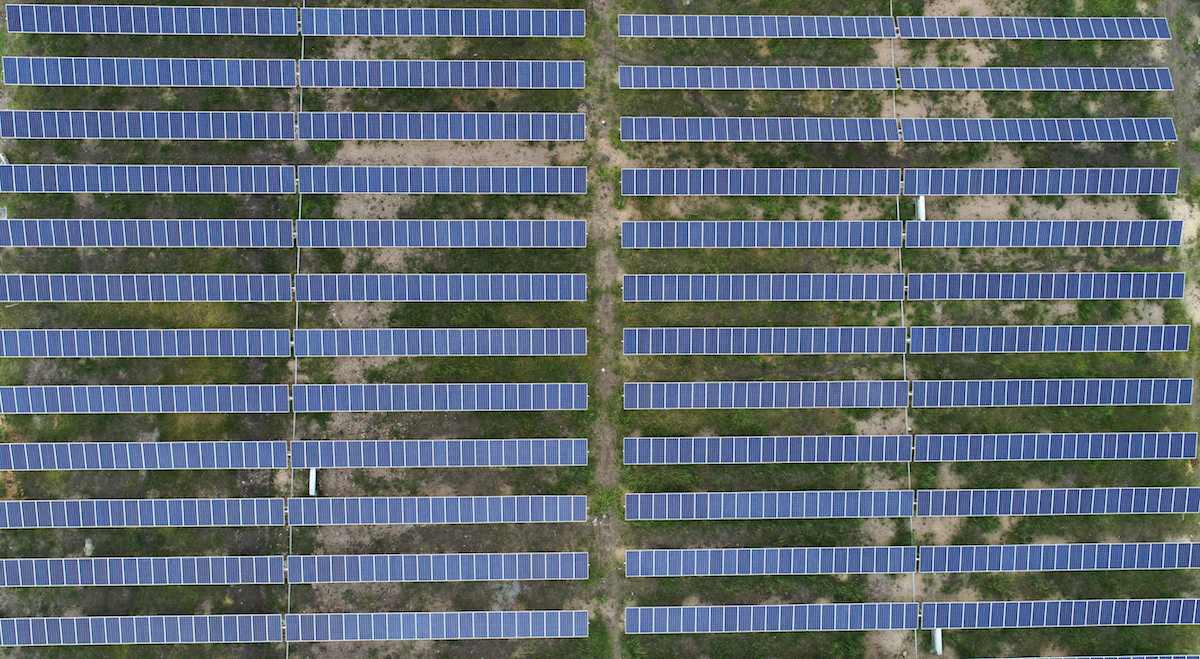 Access to land for large-scale renewable energy projects is expected to pose challenges in India’s transition to clean energy. In the State of Karnataka, the Pavagada Solar Park leased 13,000 acres from 3,000 agricultural landowners to develop a 2,000 MW solar park. The rents increase landowners’ financial stability while preserving their ownership of the land. However, the benefits of the project have been limited in terms of job creation and social infrastructure development, and there are concerns over the solar park’s impacts on water scarcity and soil quality.

India’s initial Nationally Determined Contribution (NDC) under the Paris Agreement includes a commitment to have 40% of its electricity generation capacity come from “non-fossil” sources by 2030. India has also pledged to install 450 GW of renewable energy by 2030. A key strategy to achieve these goals is to build large-scale renewable energy projects on sites that are not considered “productive” in the conventional sense, including deserts, arid and semi-arid land and so-called “wastelands.”

These national goals are echoed and advanced by Indian states, including Karnataka in southern India. Karnataka's Solar Policy 2014–2021 set a target of 1,600 MW of installed capacity for utility-scale solar projects and promoted solar parks as a way to use underutilized land for power generation.

One such renewable energy project is the Pavagada Solar Park, which was approved in 2015 with an intended capacity of 2,000 MW. It was built on 13,000 acres of semi-arid, drought-prone land in a region where the state government declared drought 54 times in the past 60 years. The park made Karnataka India’s leading state in installed renewable energy capacity. It is managed by Karnataka Solar Power Development Corporation Ltd. (KSPDCL), a joint venture between the state-level renewable energy development agency (KREDL) and the national government-owned Solar Energy Corporation (SECI). KSPDCL was established in 2015 to promote solar parks across Karnataka state.

Pavagada Solar Park is experimenting with an innovative model of land acquisition, since acquiring land is often one of the most challenging aspects of project development for large-scale renewables.  KSPCDL leased land from agricultural landowners, rather than purchasing it. This is considered a win-win model because land-owning farmers retain their ownership over the land and get consistent (and increasing) income, and developers avoid drawn-out bureaucratic processes and delays associated with purchasing land.

Starting in January 2016, KSPDCL organized consultations with local residents to explain the objectives of the project, the lease terms and expected benefits. Nearly 2,000 people attended. One of the key officials of KSPDCL is from this region and led most of the project-awareness consultations, as he was widely perceived to be empathetic to the local context.

Following the consultations in 2016, agreements were made for KSPDCL to lease land from 3,000 agricultural landowners for 25 to 28 years. Construction began in October 2016 and the first electricity generation took place in December 2017. Landowners receive a rent of INR 21,000 ($313) per acre per year, with a 5% increase in rent every two years. Previously, most landowners earned INR 15,000 to 25,000 ($223.5 to $372.5) per acre per year from farming. The consultants who prepared the project report had recommended a rent of INR 23,100 ($344) per acre per year, higher than the final rate. Similarly, participants in the KSPDCL meetings felt they did not have the opportunity to engage effectively in the meeting and negotiate a better deal, while other local residents said they did not understand the full implications of leasing their land.

In addition to paying rent to landowners, the project was also intended to create local jobs. The State High Level Clearance Committee approved the project on the understanding that the INR 148 billion ($2.2 billion) investment would generate employment for 8,000 people. KSPCDL was also expected to train local residents and give priority to job applicants from the five nearest villages while recruiting. This was intended to prevent out-migration, since droughts had already compelled many local residents to move out in search of better livelihoods. KSPDCL also agreed to develop social infrastructure in neighboring areas and meet corporate social responsibility requirements under a 2013 Indian law.

Local environmental, economic and social outcomes have been mixed. In India, all solar and wind power projects are assumed to have negligible environmental impacts and are exempt from the Environmental Impact Assessment required for most other major infrastructure projects. However, large-scale renewable energy projects can have significant impacts on local ecological systems, and thus on ecosystem services and land-based livelihoods.

In the case of Pavagada Solar Park, water is among the top challenges, since it is located in a drought-prone region and the solar panels need to be washed regularly to remove dust. Studies estimate this requires 7 to 20 kilolitres of water per MW per wash, depending on the practices of the plant developer, the type of panels and other factors. For a plant the size of Pavagada, this translates to 14,000 to 40,000 kilolitres of water per wash. The State High Level Clearance Committee conditionally approved Pavagada to acquire 1,110 kilolitres per day by digging borewells, which will be insufficient to meet the plant’s full water needs. It remains to be seen how Pavagada’s operators will manage the water shortfall. According to WRI India researchers, some developers may bring in private water tankers from nearby towns.

In addition, as of 2019, it was unclear whether Pavagada’s developers were fulfilling the committee’s conditions for approval for borewell water extraction. The conditions included implementing water conservation practices such as rainwater harvesting and developing social infrastructure. Some social infrastructure projects have been delivered, such as toilets in a primary school, sports equipment, and a digital literacy program. However, most of the promised social infrastructure projects have not been completed, and accountability is difficult because the promises were not recorded in a legal document. For example, farmers who have leased their land were promised a supply of electricity, which had not been delivered as of 2019.

In terms of employment and social infrastructure, few local jobs materialized and mainly consisted of precarious contractual jobs such as site watchmen and upkeep. Instead of local residents, mostly migrant workers were hired. In 2015, the Pavagada Solar Park was projected to offer a total of 8,000 jobs, while other estimates predicted 20 to 30 jobs in each of the park’s 40 segments of 50 MW each. Information on actual job creation is lacking, partly because multiple private companies are operating segments within the park, making accountability more difficult.