It’s been more than 30 years since I was last in Jakarta, and boy has it changed. A somewhat sleepy city with just a handful of high-rises has become the world’s second-largest urban agglomeration after Tokyo, a sprawling megalopolis of 30 million people with scores of skyscrapers, exurbs that stretch across two provinces and a near-constant roar of traffic.

Indonesia itself has transitioned from authoritarianism to democracy, with five peaceful power handoffs since President Suharto resigned in 1998 after three decades in office. Indonesia’s per capita GDP has grown from less than $400 when I visited in 1979 to more than $3,500 today, and national poverty rates have fallen by half since 1999, so that only about one out of 10 people lives below the national poverty line. 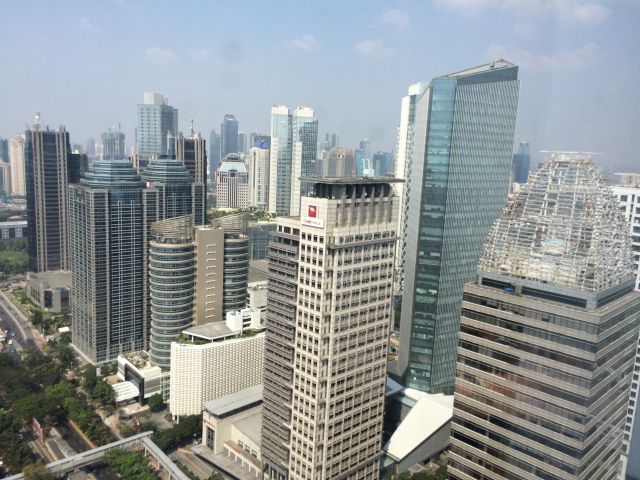 The boom so evident in the capital draws much of its vigor from the rural areas of this vast 17,000-island archipelago, which stretches more than 3,000 miles (5,000 kilometers) from west to east. Hundreds of billions of dollars’ worth of timber have been exported in the past three decades, and vast areas of tropical forest have been cleared for the production of commodities, especially palm oil. A miracle plant first grown in Africa, the oil palm has become the world’s leading source of vegetable oil, incorporated in products as diverse as ice cream, cosmetics and biodiesel. Indonesia is the world’s biggest producer, accounting for more than half of the world’s supply.

This breakneck development has extracted a heavy toll. A treasure trove of biodiversity, Indonesia has lost more than 7 million hectares (17 million acres) of its primary forest since 2000. Forest burning for land clearing is so widespread that in 2013, the resulting smoky haze forced the closure of Singapore’s airport, which lies just east of the Indonesian island of Sumatra. Low-lying Jakarta, already vulnerable to flooding and at risk from climate change-driven sea level rise, has sunk 13 feet (4 meters) since I first visited due to excessive and often illegal groundwater pumping. Although the capital boasts what is said to be the world’s longest Bus Rapid Transit (BRT) system, the 450,000 people who ride the 200 kilometer (124 miles) TransJakarta BRT daily account for just a tiny fraction of the city’s journeys. Walking is a mostly miserable experience due to the roar of traffic and pollution, and congestion is so severe that in central Jakarta, people routinely plan to spend an hour in a taxi to travel just a few kilometers.

Nirarta Samadhi is one of a growing number of Indonesians who believe passionately that the country’s prosperity and development can only continue if it shifts onto a more sustainable path. A former deputy minister in Indonesia’s Unit for Development Monitoring and Oversight (UKP4), a presidential implementation body responsible for special initiatives, he became the first country director for WRI Indonesia late last year.

Reed-thin with elongated features that conjure a Javanese mask, Samadhi is known to everybody as “Pak Koni,” a combination of the Indonesian honorific that translates as “father” and his childhood nickname.

“Our development depends on managing our natural resources much better, for current and future generations,” Pak Koni told me in WRI Indonesia’s modest offices in the heart of the capital. “We aim to support the government’s development objectives with evidence-based options that can accelerate growth and poverty reduction, while preserving and enhancing our natural resources.”

While in government, Pak Koni played a leading role in several sustainability initiatives, including a groundbreaking 2011 forest moratorium on new concessions in primary natural forests and peatlands, as well as a OneMap Initiative that aims to harmonize Indonesia’s land use planning and identify and help resolve land disputes arising from competing maps.

In opening the WRI Indonesia office, Pak Koni has drawn upon more than two decades of WRI cooperation with government, private firms and NGOs in providing research, analysis and information to support and strengthen forest protection efforts. Those efforts intensified in 2014 with the launch of Global Forest Watch, which offers high-resolution, near-real-time updates on tropical forests around the world. Since then, GFW has added to applications focused on Indonesia: GFW Fires, which tracks fires and haze across southeast Asia, offering email and text message alerts, and GFW Commodities, a business tool to address deforestation in commodity supply chains.

He has recruited a passionate young staff who tell me over an Indonesian meal in a shopping center food court that doubles as the lobby for the high-rise hotel where I stay on the 42nd floor how excited they are to be working for WRI Indonesia.

“It’s like working for a start-up,” says Andhyta Utami, a research analyst who works on both forests and climate. Recently awarded an Indonesian government scholarship to pursue a master’s degree at Harvard’s Kennedy School, Andhyta has delayed her departure for a year to continue working at WRI Indonesia. “It’s such an exciting time and we feel we have an opportunity to make a real difference,” she says. 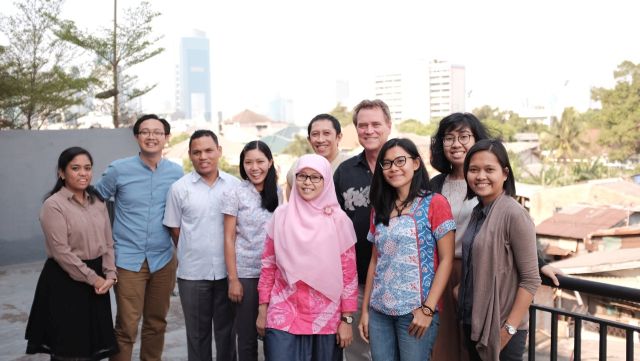 Pak Koni is looking to rapidly expand WRI Indonesia’s remit beyond the traditional focus on forests to include landscape restoration, energy and sustainable cities.

“WRI research, and big collaborative research efforts like the New Climate Economy, show that green policies go hand-in-hand with higher growth and more jobs,” he says. “We plan to draw upon that global knowledge and combine it with local expertise to give the government green options for pursuing its development goals.”

The next day Pak Koni, Andika Putraditama, a research analyst who serves as Pak Koni’s deputy, Andhyta and I meet with two of the three members of WRI Indonesia’s board of advisors. Dino Patti Djalal, who also serves on WRI’s global board of directors, is a former deputy foreign minister and Indonesian ambassador to the United States who remains active in youth leadership and foreign affairs. Desi Anwar, Indonesia’s best-known female news broadcaster, has recently joined CNN Indonesia, a new partnership between Turner International and Transmedia, a leading Indonesian media company, as a company executive and news anchor.

The conversation ranges widely: incorporating environmental issues into Indonesian news coverage; the challenges of inspiring philanthropy for sustainable development among Indonesian tycoons, who mostly made their fortunes through extractive industries, often in somewhat dubious circumstances; and Dino’s upcoming 50th birthday party, which he says will feature both dancing and a “creative family hugging” contest.

I ask Desi about the roots of her interest in sustainability. “The natural world is our home,” she says. “Of course we should want to keep it clean. We brag about how rich Indonesia is in natural resources, but we didn’t create these resources. They have been given to us, and it’s our responsibility to protect them and use them responsibly.”

Dino is excited about a mid-September event in which more than a dozen ambassadors from major emitting nations will explain the climate pledges, or the so-called Intended Nationally Determined Contributions (INDCs), that their nations will put forward at the UN climate summit in Paris in December (COP 21).

The goal of the event is to raise awareness and increase understanding of climate change generally, and to generate support for Indonesia itself to put forward an ambitious INDC. Desi says that there is plenty of competition for the public’s attention: An Indonesian volcanic eruption has forced the occasional cancellation of flights to Bali; China’s slowdown may have a negative impact on the Indonesian economy.

Nonetheless, she says, attention will increase as the December Paris climate conference gets closer. She will do what she can, she says, to increase awareness of why it matters and what’s at stake.