Cities Can Save Money by Investing in Natural Infrastructure for Water

By 2030, the world is projected to spend an estimated $10 trillion on repairing and expanding water infrastructure. Dams and treatment plants are aging, water demand is surging, and more frequent extreme weather events threaten our water security—each driving up water management costs.

As costs increase, cities are realizing that investing solely in traditional, built infrastructure isn’t always the best use of tight budgets. Instead, some urban areas are benefitting from natural infrastructure or “green” infrastructure, a strategically planned and managed system of natural lands, working landscapes and other natural soil and vegetation systems across a watershed or within a city, that perform many of same functions as built or “gray” infrastructure. These essential functions, often carried out by the deep roots and multi-layered tree canopies of healthy forests, include purifying water, minimizing sedimentation, regulating flow and stormwater runoff, and reducing the impact of floods and droughts.

Four cities in particular are making a compelling case for investing in natural infrastructure: 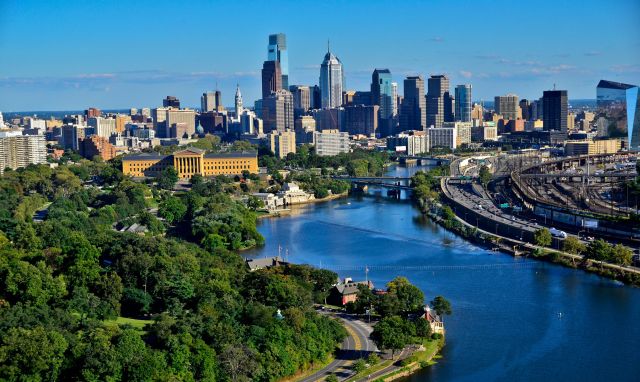 Integrating nature into city planning is nothing new for Philadelphia. Back in the 19th century, the city acquired 9,000 acres (approximately 3,600 hectares) of natural areas to help filter and regulate its potable water, and the land remains protected as parkland. 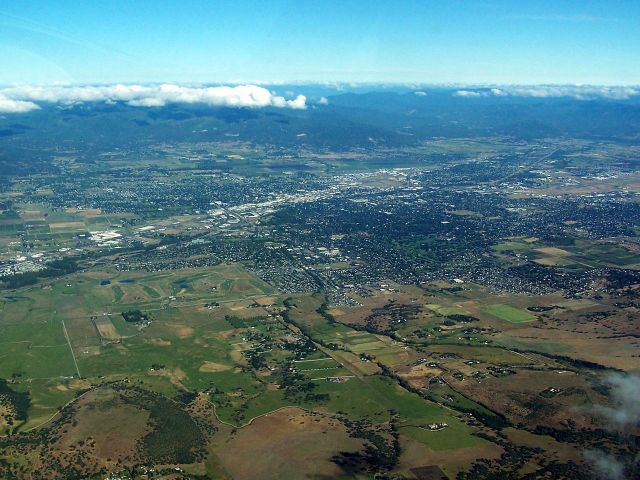 Home to more than 75,000 people, the City of Medford discharges its wastewater into the Rogue River, which passes the city to the north. Because discharge from the city exceeds maximum temperature load requirements, Medford evaluated three alternatives: lagoon storage for discharge later in the year, mechanical chillers, and restoring vegetation along rivers and streams to provide shading along the river. An economic analysis showed that restorating vegetation was three times more cost-effective than mechanical chillers for reducing thermal loads into the river, and would provide additional benefits such as improved wildlife habitat and water filtration. As a result, the city plans to work with 100 landowners through the The Freshwater Trust to restore 30 miles of stream bank at a cost of $8 million. Overall, this natural approach was $8 million cheaper than lagoon storage, and $12 million less than installing mechanical chillers—which also emit greenhouse gases. 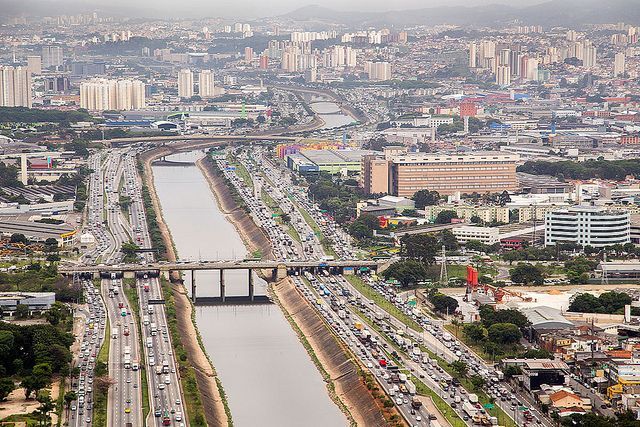 Brazil’s largest and most important economic region, the Greater São Paulo Metropolitan Region, has a population of 20 million people, and recently experienced its worst water crisis in 80 years. This occurred in part because the Cantareira supply system, the region’s primary source of water, receives its water from the severely degraded Piracicaba-Capivari-Jundiaí (PCJ) watershed. Nearly 70 percent of the native vegetation in the PCJ watershed has been cleared, harming the quality, quantity and timing of the fresh water supply – while also increasing water treatment costs and reducing the lifespan of its reservoirs due to siltation.

Natural infrastructure offers the city a chance to save both water and money. Based on a model from InVest, The Nature Conservancy estimated that over 10 years, protection and restoration of at least 14,300 hectares (35,000 acres) of hydrologically sensitive land in the PCJ watershed would lead to a 50 percent reduction in sedimentation, saving $2.5 million every year and reducing water treatment costs by 15 percent. 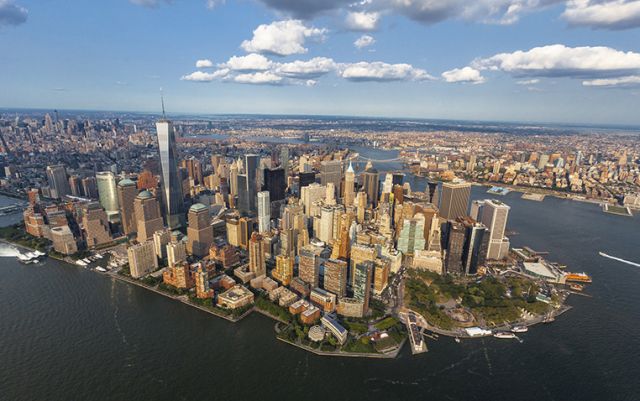 As public services collapsed along the storm’s paths, water supply remained largely intact, thanks to natural infrastructure. New York City invests around $100 million annually in protecting its upstate watershed, which supplies approximately 1.4 billion gallons of water to the city, while avoiding the multi-billion dollar cost of a filtration plant. Built infrastructures are often more costly, less resilient (especially in the face of climate change), and thus less efficient than natural infrastructure alternatives.

In the wake of the storm, the city’s forested watershed provided clean, gravity-fed water (the water flows downhill and no electricity is needed for pumping) without interruption in service and, as a result, few people lost potable water. Meanwhile, in New Jersey, damaged pumps, filtration plants and contaminated intakes left residents without potable water for weeks after the storm, and cost the city $2.6 billion.

And near the coast, communities located behind stretches of restored sand dunes and wetlands experienced less damage than those that did not have protective dunes. With heightened awareness of the benefits of nature, the NYS 2100 Commission and PlaNYC have strongly recommended the expansion of natural infrastructure to protect New York City’s shoreline with sand dunes, tidal wetlands and oyster reefs.

Protecting Drinking Water at the Source