Five years ago, world leaders gathered in the French capital to sign the Paris Agreement on climate change – an historic accord that commits every nation to hasten the transition to a zero-carbon, resilient and sustainable future. In the years since, the Paris Agreement has fundamentally reshaped the landscape for how we address the global climate crisis, catalyzing unprecedent actions by governments, companies, investors, cities and citizens.

Join us at a virtual event where speakers will celebrate what the Paris Agreement has accomplished thus far and reflect on what further efforts are needed to exponentially step up climate action. European ambassadors will outline the bloc’s continued resolve to lead the charge – such as through the European Green Deal, its green recovery from COVID-19 and a bolder national climate commitment under the Paris Agreement.

Additionally, U.S. Senator Sheldon Whitehouse will speak to how the United States should re-establish itself as a climate leader on the global stage under the incoming Biden administration and speakers will outline what measures are necessary for developing countries to strengthen climate action and build resilience to unavoidable climate impacts. 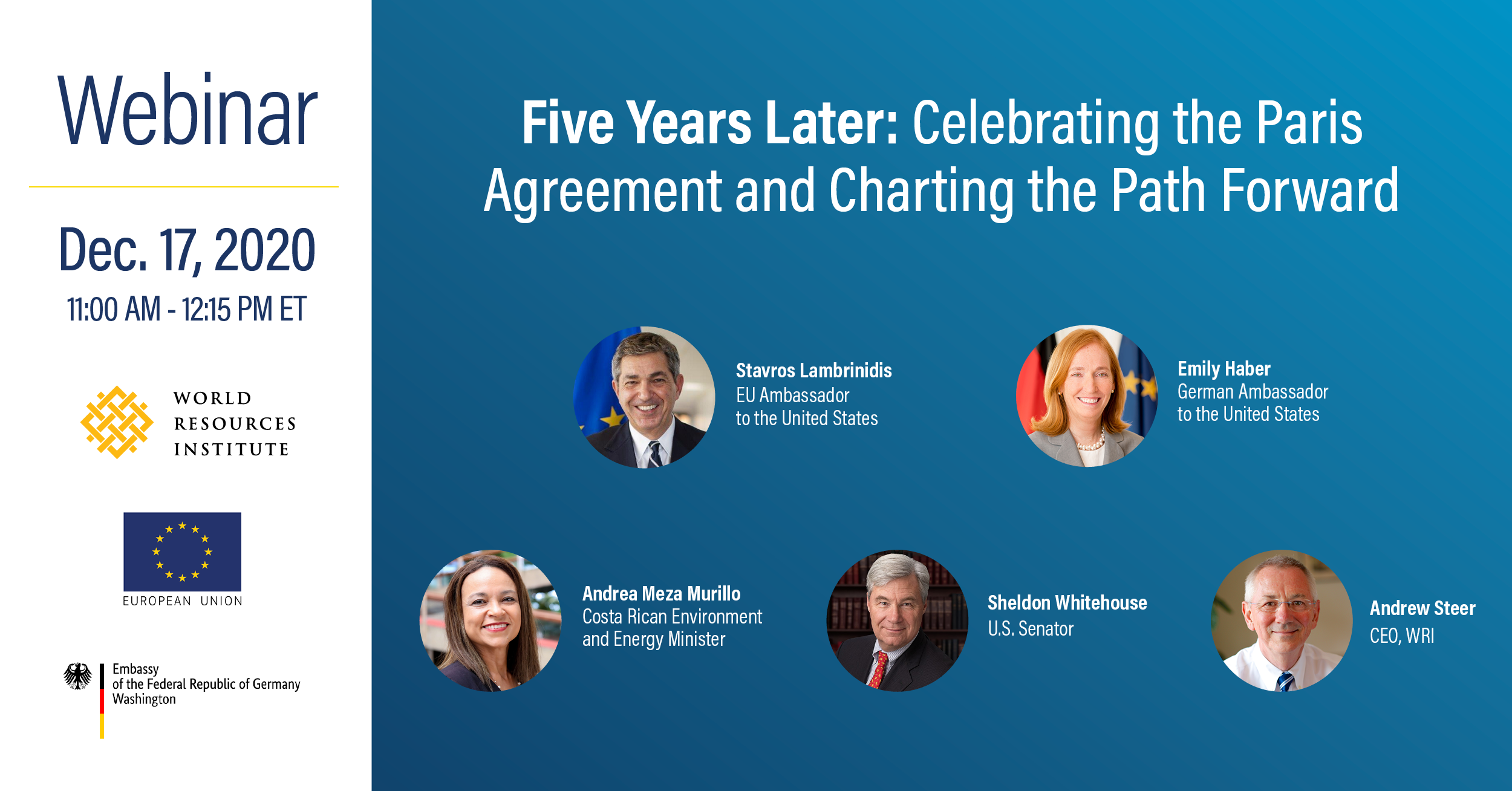