Land and environmental defenders across the world face threats, attacks, or fatal violence for protecting their land, rivers, forests, and communities from large corporations, paramilitary groups and their own governments.

Global Witness: Enemies of the state? | Stand with Defenders of land and our environment

In 2018, more than three environmental activists were murdered each week on average, with countless more people criminalized, for defending their land and the environment, according to a report from Global Witness. Join us to hear firsthand from defenders in the United States and across the globe who have bravely worked to expose environmental destruction and human rights abuses linked to industries such as extractives, agribusiness, and logging, the sectors most dangerous for defenders. The discussion will focus on the urgent need for greater action by governments, investors, companies, and the international community to support and protect environmental defenders and address the root causes of the violence.

The Defending the Land and Environmental Defenders Coalition, Global Witness, EarthRights International, and World Resources Institute will co-host this event to bring greater awareness to the significant threats facing land and environmental defenders. The event aims to highlight the various ways defenders are coming under attack — physical attacks, being jailed, and becoming locked in costly legal battles that prevent them from carrying out their work. 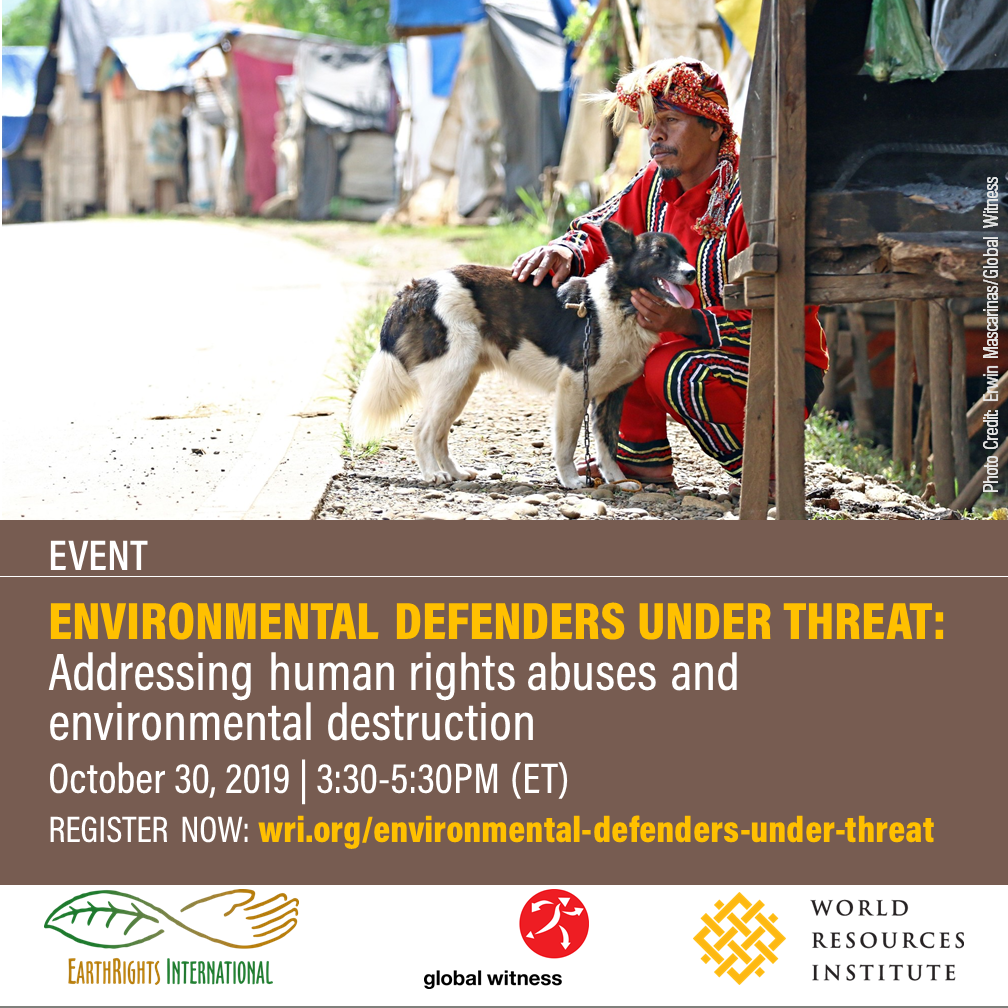