A discussion of climate, science, and security in the first public appearance by Dr. Rod Schoonover since leaving the U.S. government.

Last month, Dr. Schoonover testified before the House Permanent Select Committee on Intelligence on the national security implications of climate change. While he delivered his oral testimony to the Committee, the written submission for the Congressional record was blocked by the White House over disputes about the underlying science, as has been widely covered in the media.

World Resources Institute hosted an in-depth conversation between Dr. Schoonover and Andrew Light, WRI Distinguished Senior Fellow and former State Department senior climate change official. They will discuss the relationship between climate change and national security, how the U.S. and the world can better prepare for the security implications of a warming world, and the current state of climate science in the U.S. federal government. 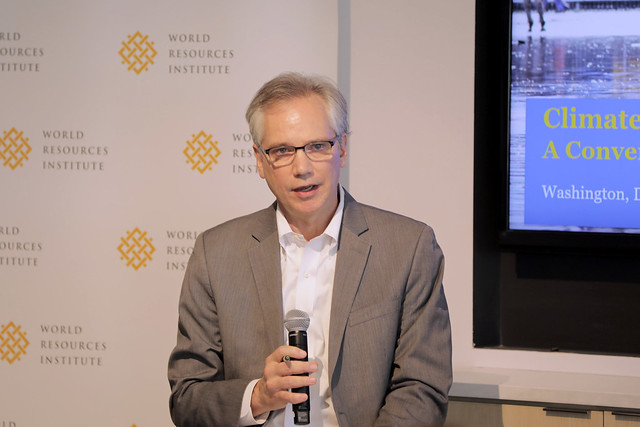 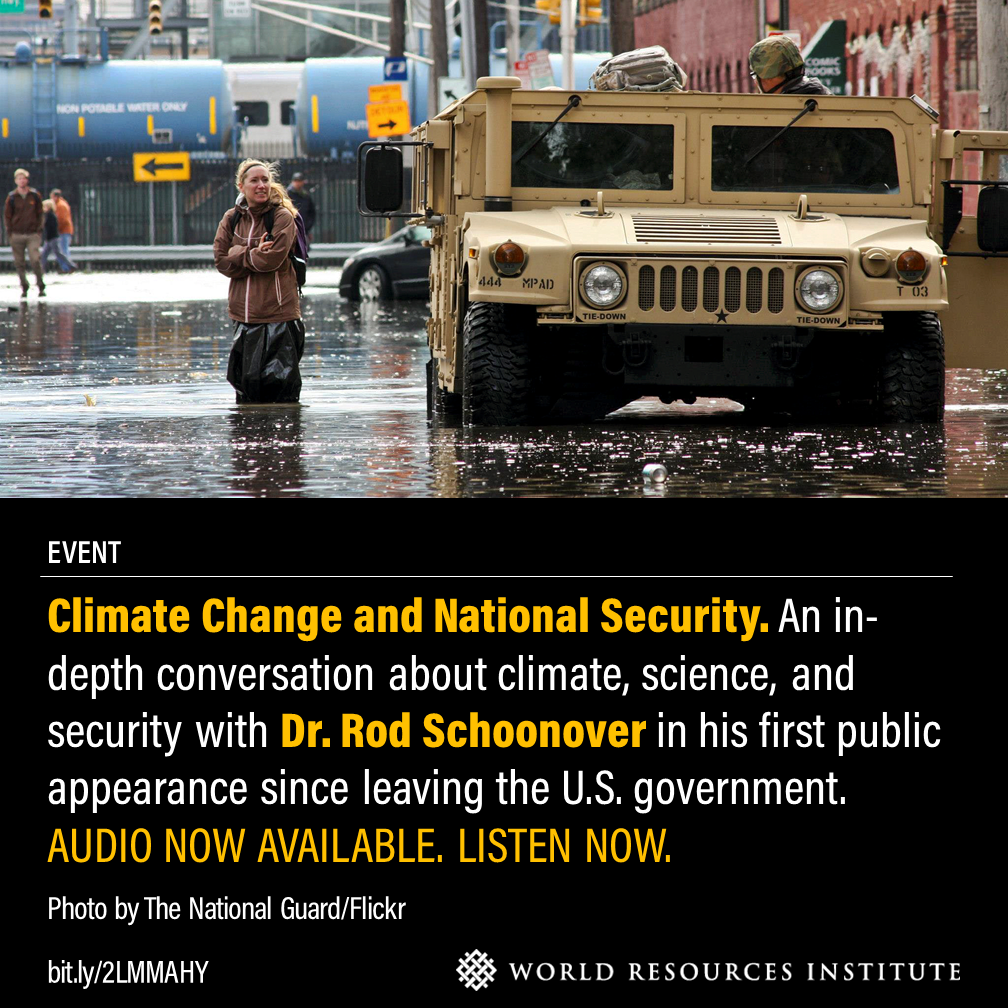