Climate change has reemerged as a top priority on Capitol Hill — and the conversation has matured from whether to take action to how.

In the past year we have seen two Republican-sponsored bills on climate change and the emergence of the Green New Deal, sparking a lively debate about the future of climate action in Congress in the context of economic and social policy. At the same time, climate change is poised to be front-and-center in the 2020 U.S. presidential election.

Join World Resources Institute on April 8 for a dynamic dialogue on how to advance policies in the United States that respond to the scale of the climate challenge. Axios reporter Amy Harder will moderate a keynote conversation with Rep. Kathy Castor (D-FL), who leads the newly created House Select Committee on the Climate Crisis.

This will be followed by an interview with former Rep. Carlos Curbelo (R-FL), co-founder of the Climate Solutions Caucus, and a panel of energy and climate experts that will dive deeper on what Congress can do in the near-term to shift the U.S. electricity system toward cleaner sources of power. 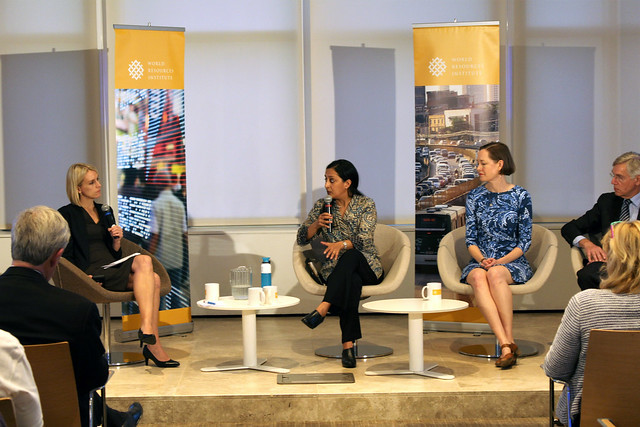 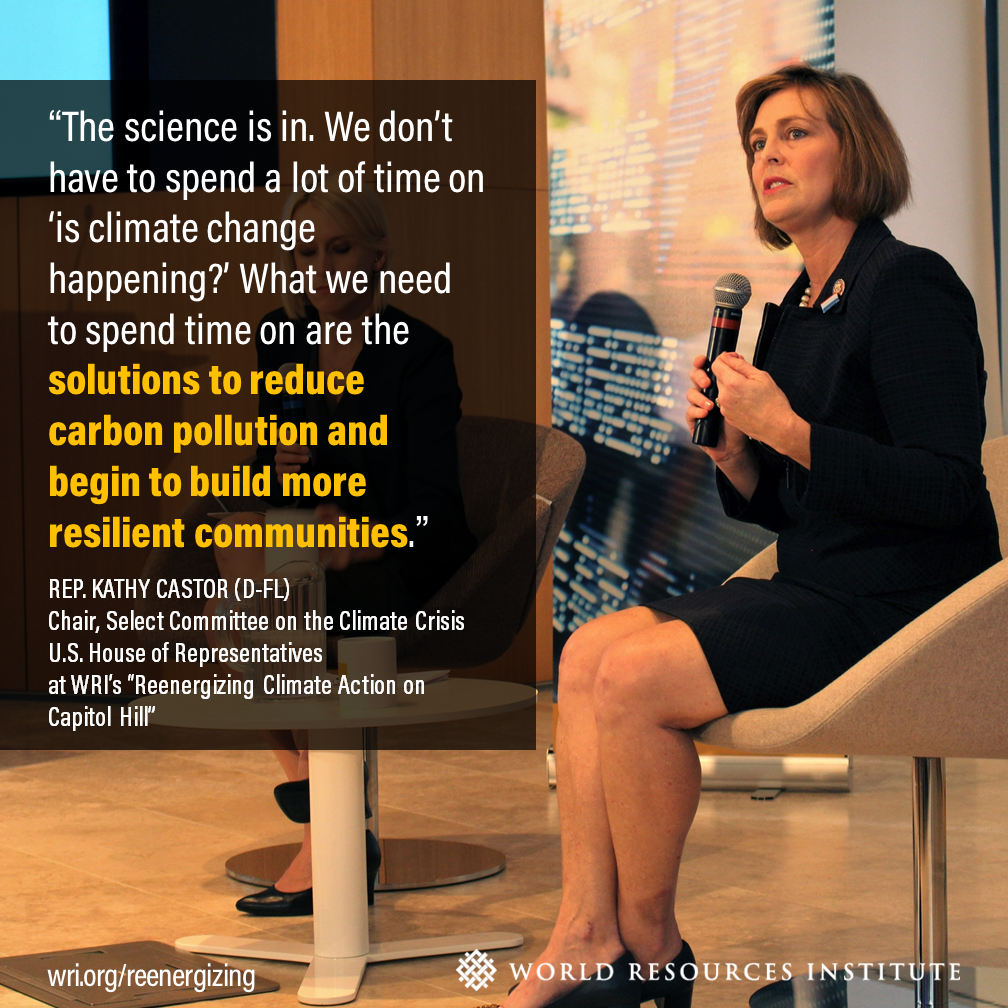 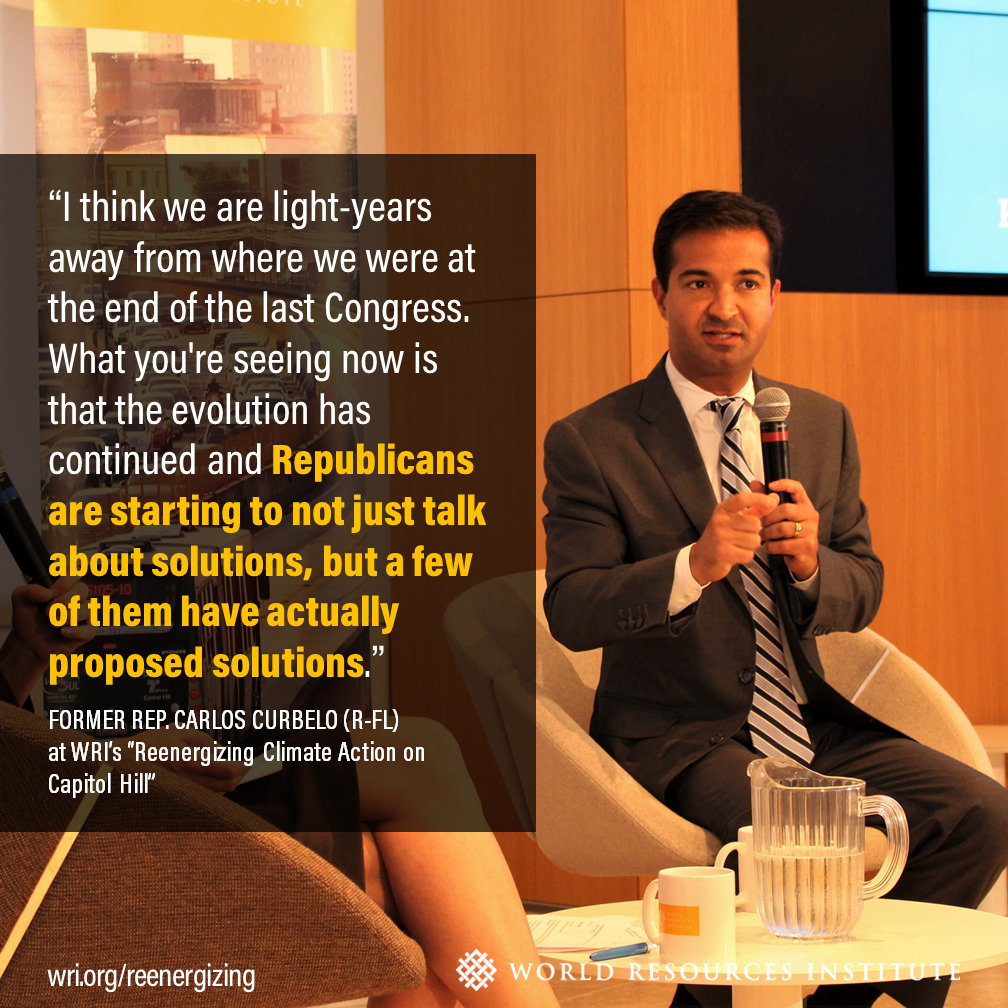 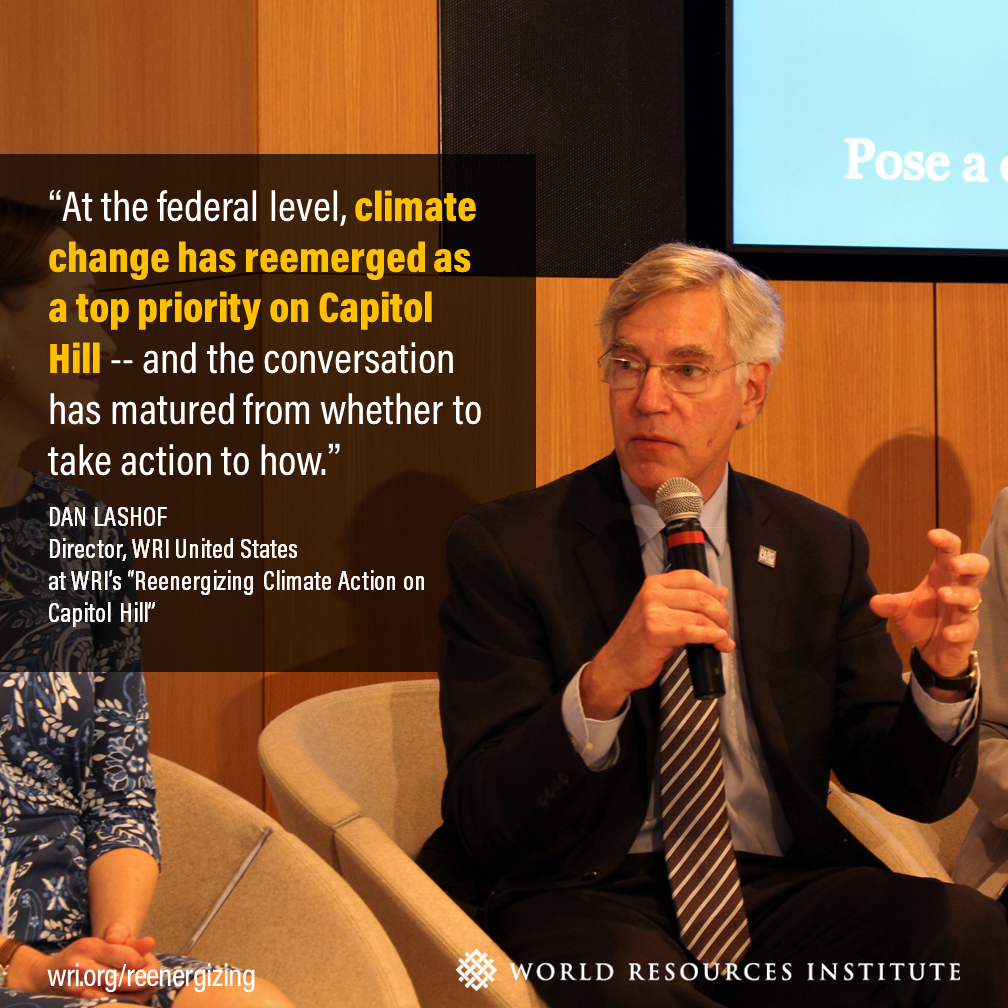 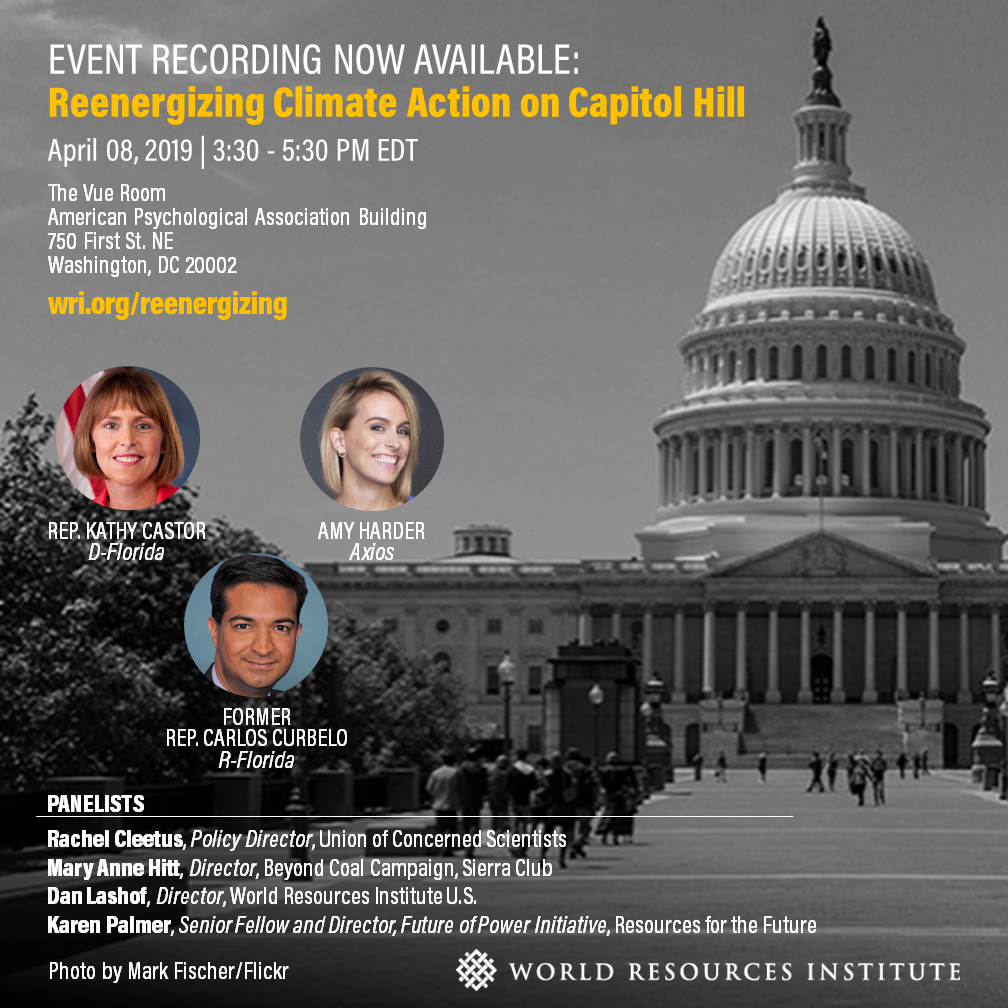