A seminar by Somsook Boonyabancha of the Asian Coalition for Housing Rights from Bangkok that focuses on inclusive urban housing and development. The presentation focuses on how community driven city-wide slum upgrading and housing development is an important process in solving urban poverty, slums growth, illegal squatting, inequality and unhealthy living conditions on a big scale. It is a demand-led approach which allows communities to be active actors and as joint owners of the projects and the development activities. The key to such successful large scale, city-wide, and community driven development is the system of innovative finance to support this big scale social change led by people organizing themselves. The seminar narrows on the urban housing and resilience building using the example of the Baan Mankong slum redevelopment program in Thailand. 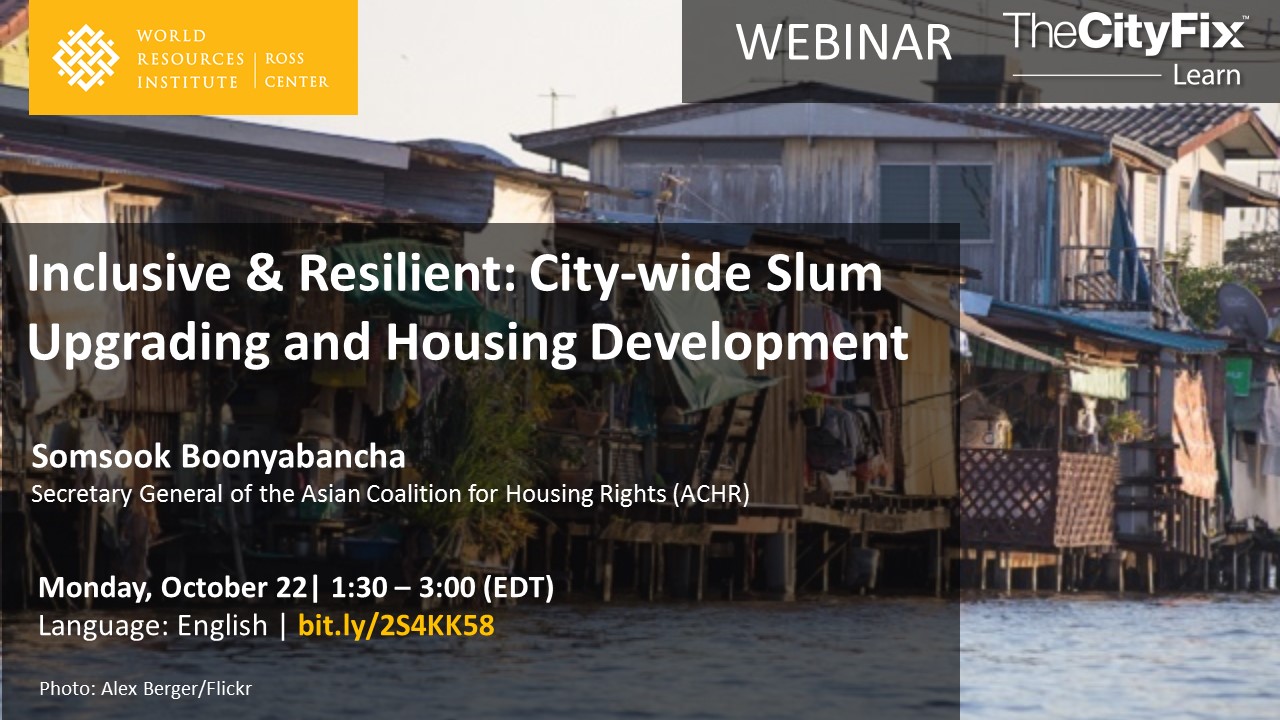 Somsook Boonyabancha is a Secretary General of the Asian Coalition for Housing Rights from Bangkok, Thailand. ACHR is the Coalition of organizations working on urban poor housing development in Asia. Previously she served as Director of Community Organizations Development Institute in Thailand.

Dr. Boonyabancha has been working extensively on urban poor housing development and slum upgrading in Thailand and other countries in Asia for the past 30 years. Her particular expertise is in development orientation on community driven, community led development on a wide scale, which proves an effective tool for improving the state of urban community housing and welfare.

During her time with the Community Organizations Development Institute (CODI), she implemented the national city-wide community upgrading using tools like community finance and revolving fund mechanism in Thailand. The mechanism has been applied iv over 300 cities. Dr. Boonyabancha has worked throughout Asian counties and beyond. She has also been involved with the various UN advisory committees such as the UN Habitat Eviction Subcommittee, the Millennium Development Goals on housing, the Advisory Committee of Cities Alliance, and others.