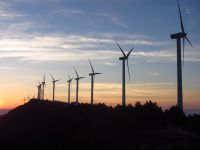 The Clean Energy Ministerial gathers energy ministers and other delegates from its 24 member countries and the European Union to leverage high-level political will and private sector leadership to drive ambitious, real-world clean energy policies and actions.

WRI looks forward to attending and engaging in these high-level energy forums. Our staff will participate in the following events:

Building efficiency is one of the most effective near-term opportunities for achieving national climate and energy goals. This Intensive Learning Session will focus on how the efficiency community can make a more concerted effort to create a political space for international, national and local leaders to champion building efficiency and meet their own goals, while also contributing to the SDGs. Please contact Eric Mackres (emackres@wri.org) for more information about this invitation-only event.

Energy efficiency is not only known for reducing costs, but creates all kinds of “multiple benefits.” While these benefits are often claimed to be visible in society, they hardly ever make it onto the balance sheet. This session will ignite discussion around whether there is hard evidence that energy efficiency creates benefits outside the immediate energy system, and will explore ways to measure and value these benefits. Jennifer Layke and other speakers will present scientific insights, as well as business approaches to valorize the benefits of energy efficiency.

Current levels of investment in clean energy fall well below the level needed to deliver on the Paris Agreement. This Forum will kickstart the launch of the new CEM initiative to address clean energy investment and finance, by convening high-level decision-makers and professionals with the aim to strengthen public-private collaborations. This event will be a unique opportunity to network with the investor community, development banks, financial institutions, developers and industry and expert organizations.

Andrew Steer will give a keynote speech to open the third plenary bloc of the CEM’s ministerial meetings, centered around industry decarbonization, and touching on topics from digitalization, smart grids, electric vehicles, building efficiency and carbon storage.

As global incomes rise and populations grow in hotter regions, energy used for space cooling is growing faster than any other end use in buildings, more than tripling between 1990 and 2016. Without firm policies and action, future global cooling demand growth will come at great costs – economically, socially and environmentally. This panel discussion, moderated by Jennifer Layke, will highlight the importance of sustainable cooling, as well as new actions and commitments to drive equitable access to cooling benefits globally.

Gathering policymakers, suppliers and leading corporate buyers of renewable energy, this event will invite interactive dialogue on opportunities and barriers for corporate clean energy sourcing. By sharing experiences and insights, attendees will discuss best implementation practices for clean energy purchasing and policy recommendations to be put forward to policymakers and corporate leaders in order to incentivize the scale-up of corporate sourcing of renewables.