What is causing the increase in natural disasters and what effect will it have on the economy? Vinod Thomas answers this question in his new book, Climate Change and Natural Disasters. Thomas will discuss how countries can drive sustainable economic growth while preventing natural disasters and address climate change

The start of the new millennium will be remembered for deadly climate-related disasters—the great floods in Thailand in 2011, Super Storm Sandy in the United States in 2012, and Typhoon Haiyan in the Philippines in 2013, to name a few. There are ways for governments and local communities adapt to these increasing threats by combining prevention and adaptation into economic growth.

In 2014, 17.5 million people were displaced by climate-related disasters, ten times more than the 1.7 million displaced by geophysical hazards. What is causing the increase in natural disasters and what effect will it have on the economy?

Former director-general of Independent Evaluation at the Asian Development Bank and previously vice president of the World Bank Institute, Vinod Thomas answers this question in his new book, Climate Change and Natural Disasters. Thomas will discuss how countries can drive sustainable economic growth while preventing natural disasters and address climate change. He will be joined by WRI experts on the panel to discuss the book’s findings and best pathways for building resilience to climate change. 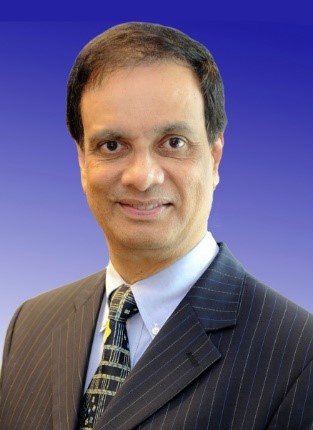 Vinod Thomas is currently Visiting professor at National University of Singapore. Previously he was Director General of Independent Evaluation at the Asian Development Bank (ADB).  Prior to going to ADB in August 2011, Vinod was the Director-General and Senior Vice-President of the Independent Evaluation Group at the World Bank Group. Before that he was Vice-President of the World Bank Institute, where he led the Institute's efforts to improve its focus, quality, and impact.

Before joining WRI in August 2016, Paula was the Senior Director of the Environment and Natural Resources Global Practice of the World Bank Group where she oversaw a portfolio of over USD 7 billion that responded to an array of development issues in productive landscapes and forests, fisheries and aquaculture, pollution and environmental health, environmental economics, and environmental safeguards.

Manish oversees WRI's programs, chairs WRI's management team and works to strengthen the impact of WRI research. He led WRI's efforts to establish offices in China, India and Brazil and helped launch programs on cities, energy, finance and adaptation. Before joining WRI in 2007, Manish was executive director of the non-profit Bank Information Centre (BIC), whose mission is to protect rights and promote sustainability in the projects and policies of international financial institutions.