Learn how Bangladesh is leading the way forward in adaptation, from local community action to international negotiations.

Like most developing nations, Bangladesh emits a fraction of the world’s greenhouse gases. Yet it is one of the most climate vulnerable countries in the world, facing increasingly severe flooding, droughts and cyclones. Climate scientists estimate that rising sea levels alone will displace 18 million people by 2050.

But Bangladeshis are not simply victims of climate change. They have centuries of experience coping with environmental variability, and they are leading the way forward in adaptation, from local community action to international negotiations. Cyclone shelters and early warning systems have dramatically reduced fatalities, while Bangladeshi experts have played a central role in global climate talks.

David Hulme will launch his co-authored book, Bangladesh Confronts Climate Change: Keeping Our Heads above Water, and discuss the findings of the book with a participants and a panel of experts. 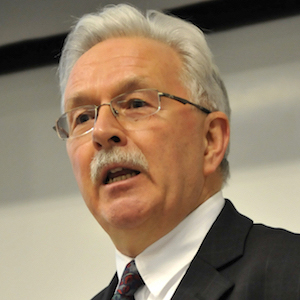 David Hulme, Professor of Development Studies, The University of Manchester; Executive Director, Global Development Institute. David Hulme is Professor of Development Studies at the University of Manchester where he is Executive Director of the Global Development Institute and CEO of the Effective States and Inclusive Development Research Centre. He has worked on rural development, poverty and poverty reduction, microfinance, the role of NGOs in conflict/peace and development, environmental management, social protection and the political economy of global poverty for more than 30 years. His main focus has been on Bangladesh but he has worked extensively across South Asia, East Africa and the Pacific. His recent books include Bangladesh Confronts Climate Change (Anthem, 2016), Should Rich Nations Help the Poor? (Polity, 2016), Global Poverty: Global Governance and Poor People (Routledge, 2015), Governance, Management and Development (Palgrave, 2015), and Just Give Money to the Poor (Kumarian Press, USA, 2010). 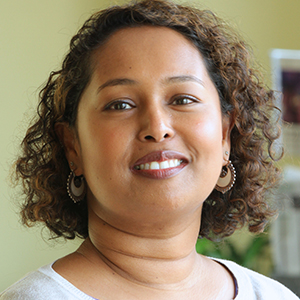 Moushumi Chaudhury, Associate, Climate Resilience, World Resources Institute. Moushumi Chaudhury is an Associate at World Resource Institute’s Climate Resilience Practice, where she builds capacity to prioritize adaptation options in Fiji and Kenya as well as supports South-South knowledge exchange. She previously worked with the CGIAR Research Program on Climate Change, Agriculture and Food Security (CCAFS) covering East Africa, West Africa and South Asia. Prior to her experience with CCAFS, she worked with the United Nations Development Program in New York, the Center for International Forestry Research Institute in Indonesia as well as the UN Food and Agriculture Organization. Moushumi holds a PhD in Development Studies from the University of Sussex in Brighton, England. She has an MS in Natural Resources and Environment from the University of Michigan in Ann Arbor and a BA in Anthropology & Sociology from Smith College in Northampton, Massachusetts.