The Courage to Lead Dinner 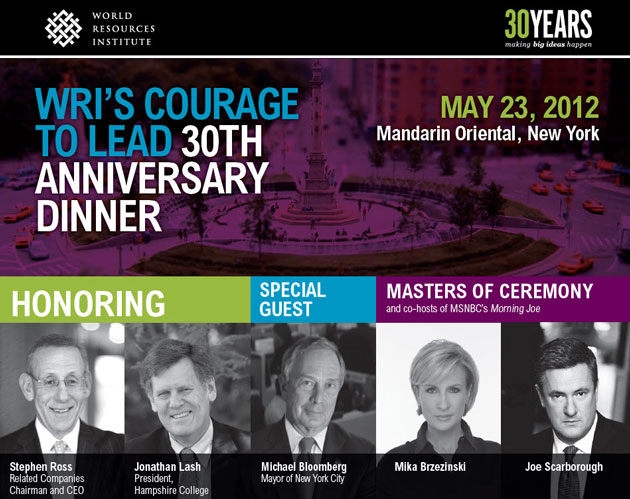 Since 1982, the World Resources Institute has been making big ideas happen at the intersection of people and the environment. Here are three WRI success stories that give only a glimpse into the richly diverse work that we do.

Courage to Lead 2012 | "A Champion for Sustainable, Livable Cities," a tribute video to Related Chairman and CEO Stephen M. Ross| (5:15) 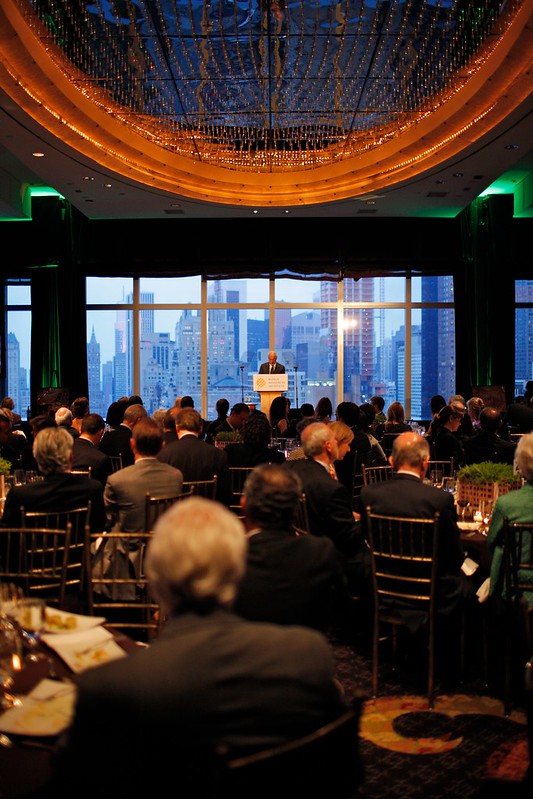 WRI celebrated its 30th Anniversary on May 23, with the “Courage to Lead” dinner at the Mandarin Oriental Hotel in New York City. At the dinner, WRI recognized the contributions of its special guest, philanthropist and Mayor Michael Bloomberg; and honored Stephen Ross, chairman, CEO and founder of Related Companies; and Jonathan Lash, president of Hampshire College and WRI’s former president.

The dinner raised more than $1 million to help the organization fulfill its mission and respond to new and emerging challenges. Around 350 people, from a mix of government, business, non-profit, and philanthropic organizations, attended the dinner.

Thanks to our donors for helping us make big ideas happen!