Yet a stubborn implementation gap persists — there’s a disconnect between what’s on paper and what gets carried out in practice.

Kenya offers a rare bright spot, providing an excellent example of mainstreaming at the local level, where adaptation actions are ultimately implemented. Recognizing that progress integrating adaptation within county development plans lagged behind successes at the national level, the Kenyan government not only mandated that these strategies account for climate impacts, but also created the innovative County Climate Change Funds (CCCFs) to give subnational authorities and communities the resources they need to successfully build resilience.

These efforts to accelerate mainstreaming emerged in the midst of recurrent, prolonged droughts triggered by consecutive failed rains. From 2014 to 2020, these disasters left 3.4 million people to grapple with severe food insecurity and an estimated 500,000 people without water at the height of the crisis in 2018. 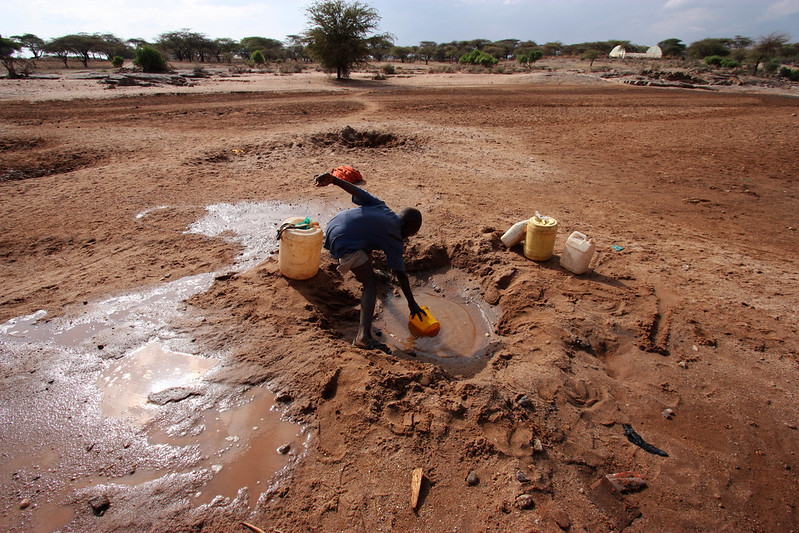 While droughts have long plagued this East African nation, climate change will likely increase the frequency and magnitude of such disasters in the coming decades. For the 10 million Kenyans living across the country’s arid and semi-arid lands (ASALs), particularly those who depend on rainfed crops or the region’s dwindling grasslands, these back-to-back droughts threaten to completely upend their lives and livelihoods. Hotter temperatures, changing rainfall patterns and flash flooding — impacts projected to intensify as greenhouse gas emissions rise — will compound these losses, disrupting agricultural production and making efforts to recover from future disasters increasingly difficult.

Recognizing that sustainable development across this region must be resilient to climate change, five counties in the ASAL region have mainstreamed adaptation into their local development plans and established CCCFs to finance these initiatives. New research from WRI evaluates the experiences of those five counties — including Makueni and Wajir, the counties moving most quickly toward implementation — and offers three key lessons for practitioners struggling to implement resilient, sustainable development at the local level.

Establishing supportive financial processes — those that encourage officials to integrate climate risk considerations into their budgets, allocate funding to adaptation or track spending for climate resilience — can help mainstream adaptation across development efforts. In Kenya, for example, the CCCFs channel climate finance for both adaptation and mitigation projects to local officials. To access these funds, county governments must demonstrate that their development plans account for and include measures designed to reduce climate change risks. This prerequisite not only encourages counties to more systematically identify local vulnerabilities and take concrete actions to improve the resilience of their development outcomes, but it also helps decision-makers avoid investing in maladaptive projects. 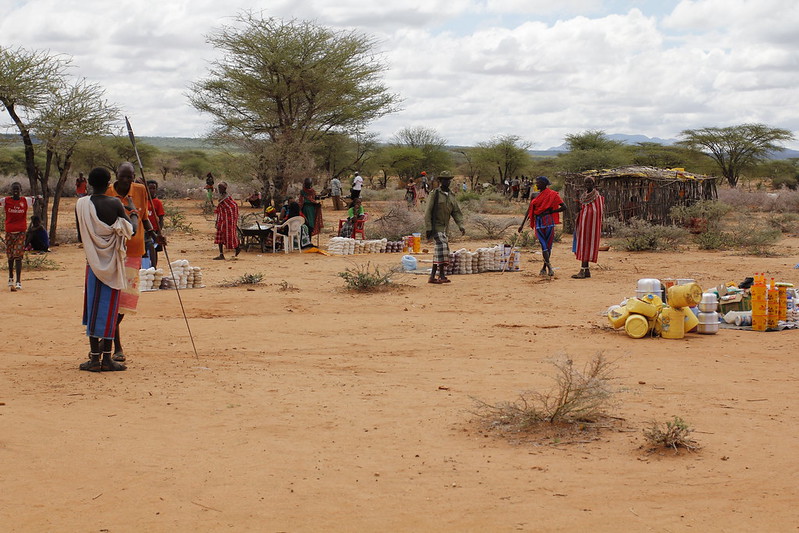 In Wajir county, officials received training from the Ada Consortium — a network of government agencies and nonprofit organizations led by Kenya’s National Drought Management Authority — on how to receive, understand and apply local climate information to their planning, enabling them to successfully integrate climate change considerations across the county’s development plan. The plan identified droughts, which are growing more frequent with climate change, as one of the most significant challenges to pastoralism, the primary livelihood for most of the county’s households. This finding guided county officials to include specific measures to deal with this climate impact in the plan.

Local authorities were then able to access finance from Wajir’s CCCF to invest in resilient infrastructure to improve water quality and accessibility, and help prepare communities for future droughts. Funded projects have rehabilitated small reservoirs to reduce shortages, and installed solar-powered borehole pumps to help households access groundwater during dry periods. Wajir also used its CCCF funds to increase its water storage capacity by constructing a water tank, pump and animal troughs at the Wajir-bor Dam, which currently provides water to over 30,000 people and their livestock. 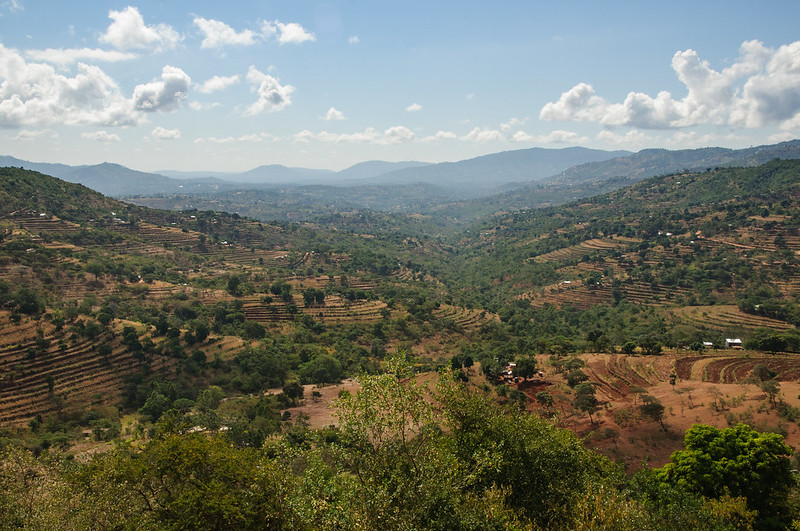 In Makueni county, securing funds to prepare for dry periods is helping to improve agricultural production. Photo by Aaron&Lisa/Flickr

These projects have improved rainwater harvesting. Newly constructed roads now collect rainfall along their culverts to boost water retention, while the Masue Rock Catchment uses a natural rock outcrop to direct rainwater to a central site, where community members can collect water. This catchment alone provides improved access to water for thousands of people and livestock.

Similarly, in Wajir, local opinion leaders, such as teachers and agriculture officers, have also disseminated information about intensifying climate impacts like droughts and floods. These informal dialogues have helped community members articulate how the local climate has changed and recognize the need to prioritize adaptation, ultimately enabling county adaptation planners to include residents’ input in the county’s development plan. For instance, the previous plan, which spanned 2013-2017, did not mention climate information or risks in Wajir. But discussions between agricultural officers and communities helped ensure that the new plan, which guides the county's development from 2018 to 2022, prioritizes access to the climate information that pastoralists need to plan for and implement climate-smart livestock practices.

While the CCCF sparked efforts to mainstream adaptation in both counties, stakeholder engagement proved critical to ensuring buy-in and long-lasting ownership of the local development plans. With the Ada Consortium’s support, both counties conducted participatory resilience planning workshops that brought officials, representatives from nonprofit organizations and community members together to collectively identify local vulnerabilities as well as prioritize adaptation actions. In Wajir, external funding enabled county officials to consult an even wider range of people while drafting its local development plan, from technical experts and national politicians in Nairobi to smallholder farmers and nomadic herders living in some of the county’s most remote corners. 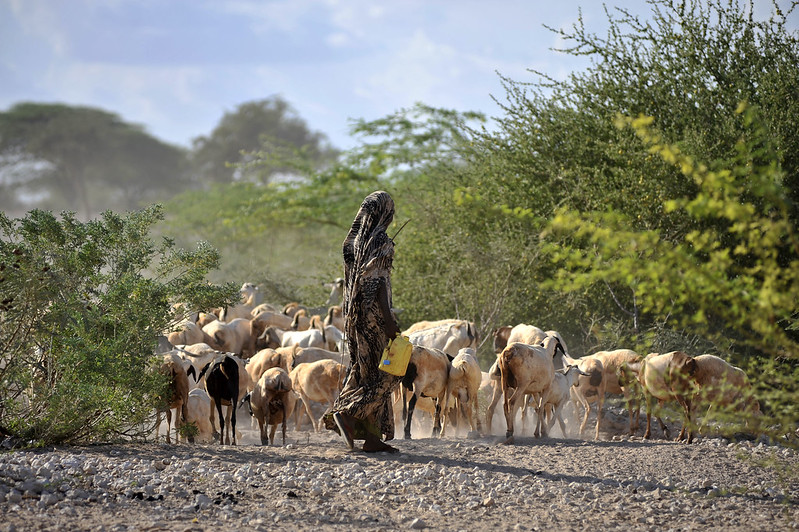 Although expensive and time-consuming, this inclusive, participatory process not only provided officials with the opportunity to help communities understand how climate change will impact their lives and livelihoods, but it also increases the likelihood that residents will help maintain resilience projects after funding cycles end. These decision-making processes helped ensure that development plans include local priorities, that solutions prioritized are context-specific and feasible, and that initiatives avoid unintentionally increasing vulnerability to climate change.

Although there is no one-size-fits-all strategy for mainstreaming adaptation into development, this new research from Kenya underscores the importance of supportive financial mechanisms and training, local leadership on resilience, and inclusive stakeholder engagement.