Hundreds of rows of giant bamboo grow about an hour outside of Lilongwe, the capital of Malawi. It’s an unexpected sight—Malawi has lost nearly 10 percent of its forests since 2001, and bamboo isn’t even native to the country. But that’s exactly the reason Grant Blumrick knew he had to start the AfriBam giant bamboo farm.

With experience harvesting timber, Blumrick saw first-hand the environmental degradation caused by uncontrolled clear-cutting of native trees. Eventually, he thought, there wouldn’t be any trees left in Malawi for fuel or timber. So, in 2014, he launched southeastern Africa’s largest giant bamboo (Dendrocalamus asper) farm and nursery. While his goal is to provide Malawians with a sustainable source of fuel and timber, there’s another benefit: combating climate change.

Bamboo is fast-growing, so it provides a rapidly renewable source of fuelwood and timber. While hardwood trees can take 30 years to mature and must be replanted post-harvest, giant bamboo matures in only a handful of years and can be harvested every year for its entire lifecycle. In the case of Blumrick’s non-invasive giant bamboo, the lifecycle is around 80 years. Planting and harvesting bamboo for fuel can help limit the depletion of Malawi’s tree cover and natural forests. Giant woody bamboos can also sequester carbon, helping to curb climate change. They’re one of several trees and plants that can generate benefits for people while also restoring land. 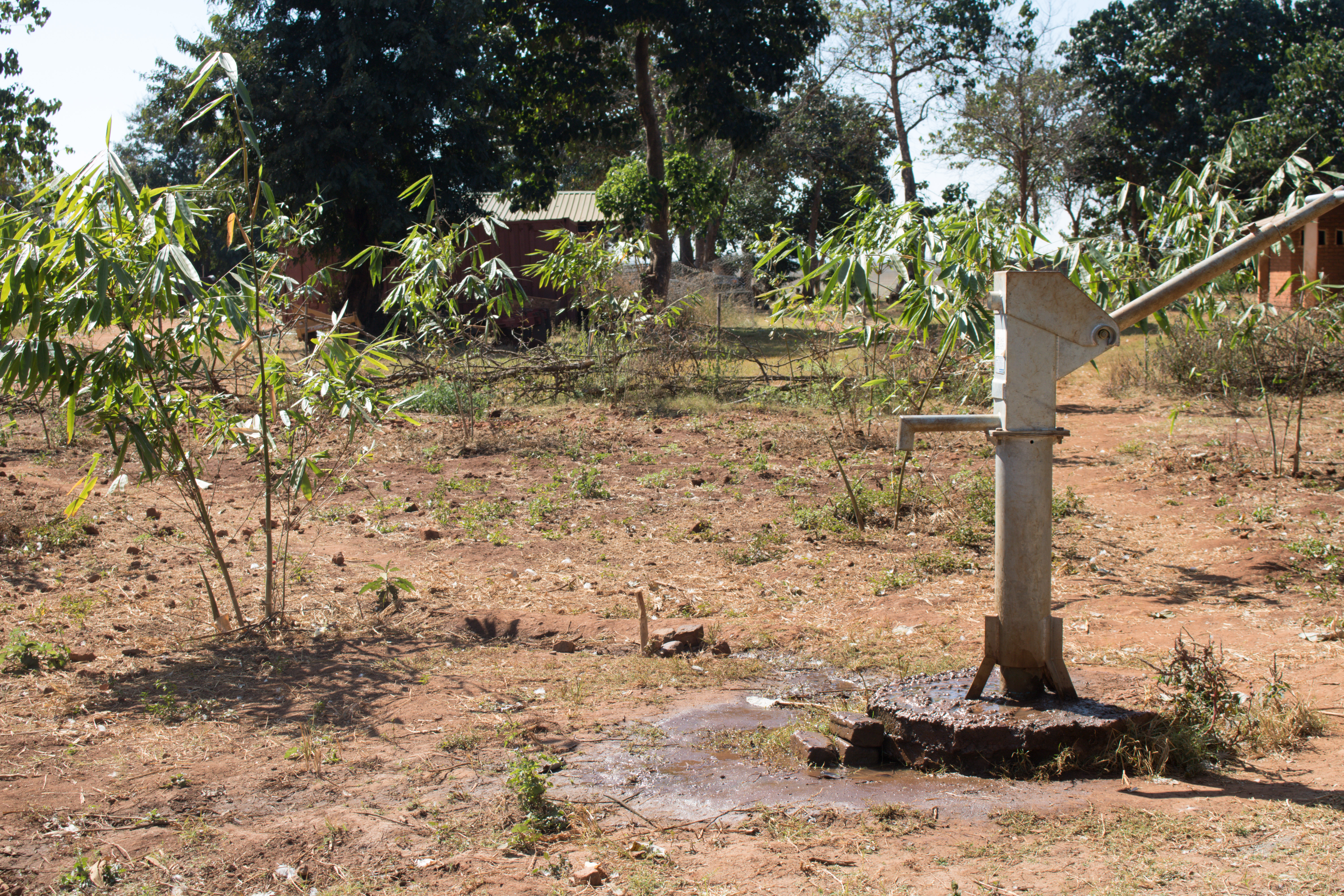 Blumrick’s business could also potentially help prevent vector-borne diseases like malaria, which are expected to become more prevalent in a warmer world. Malaria is increasingly found in high altitude plateaus and hilly locations, which used to be malaria-free. While there are many potential causes, malaria cases in Malawi have already increased from 50 in every 1,000 people in 2011 to 250 cases per 1,000 people in 2016.

AfriBam launched a pilot project on its farm in 2018 to plant bamboo near water pumps. Since pumps tend to run all day and most gutters are not well-built, stagnant water accumulates, creating breeding grounds for mosquitos that carry malaria and other water-borne diseases. AfriBam planted 70 bamboo seedlings around the farm’s water pump to help soak up stagnant water. Although the extent to which bamboo can reduce malaria rates is yet to be tested, this practice is catching on with development NGOs in Malawi that were inspired by AfriBam’s pilot project. 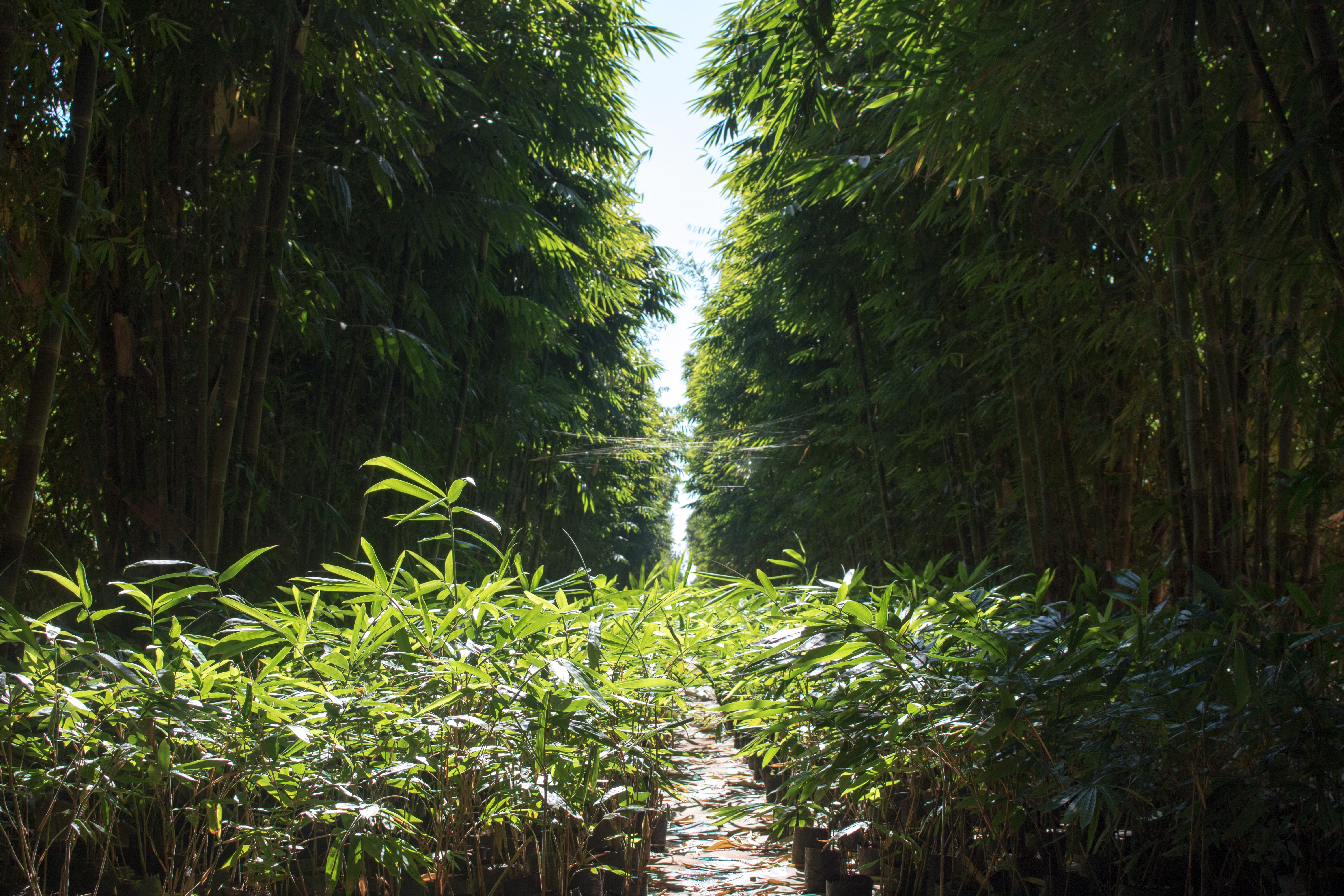 Giant bamboo and seedlings on AfriBam’s farm in Malawi. Photo by Caroline Gagné/WRI

Malawi is one of 27 nations throughout Africa that have committed to restore more than 100 million hectares (247 million acres) of degraded and deforested landscapes as part of the African Forest Landscape Restoration Initiative (AFR100). Malawi alone has committed to restore 4.5 million hectares (11 million acres) of degraded land, almost half its total land area, by 2030. AfriBam is one of many businesses emerging to meet this restoration need.

Other companies, such as Kenya’s Green Pot Enterprises, have launched fully integrated bamboo operations, managing nurseries and bamboo plantations, along with a bamboo-processing factory for energy products, paper and pulp. These companies are doing more than restoring degraded land and reducing pressure on natural forests—they are potentially building resilience to climate change impacts while generating profits in a burgeoning restoration economy.