David Kogo shudders when he remembers the events of March 15, 2016. He was just one month into his job as a clinical officer in southern Kenya’s Najile dispensary. A woman in advanced labor arrived just a few minutes past midnight. Kogo knew he had to deliver her baby immediately, but there was a problem: The dispensary did not have electricity, and it was pitch black.

He lit a kerosene lamp and held a flashlight in his mouth to help do his work. The first-time mother delivered her twins, but Kogo was worried that infection had occurred. He had to keep removing his gloves to take the flashlight out of his mouth. He sat by her side, his hopes ebbing as the dim light of the kerosene lamp burnt itself out just before daybreak.

Fortunately, all four of them made it through the night, and the new mother and her baby boys were discharged the following day. But the delivery rattled Kogo’s nerves. He made the decision not to perform nighttime deliveries anymore at the Najile dispensary, instructing the watchman to direct expectant mothers to Ewuaso Health Center 7.5 miles away. 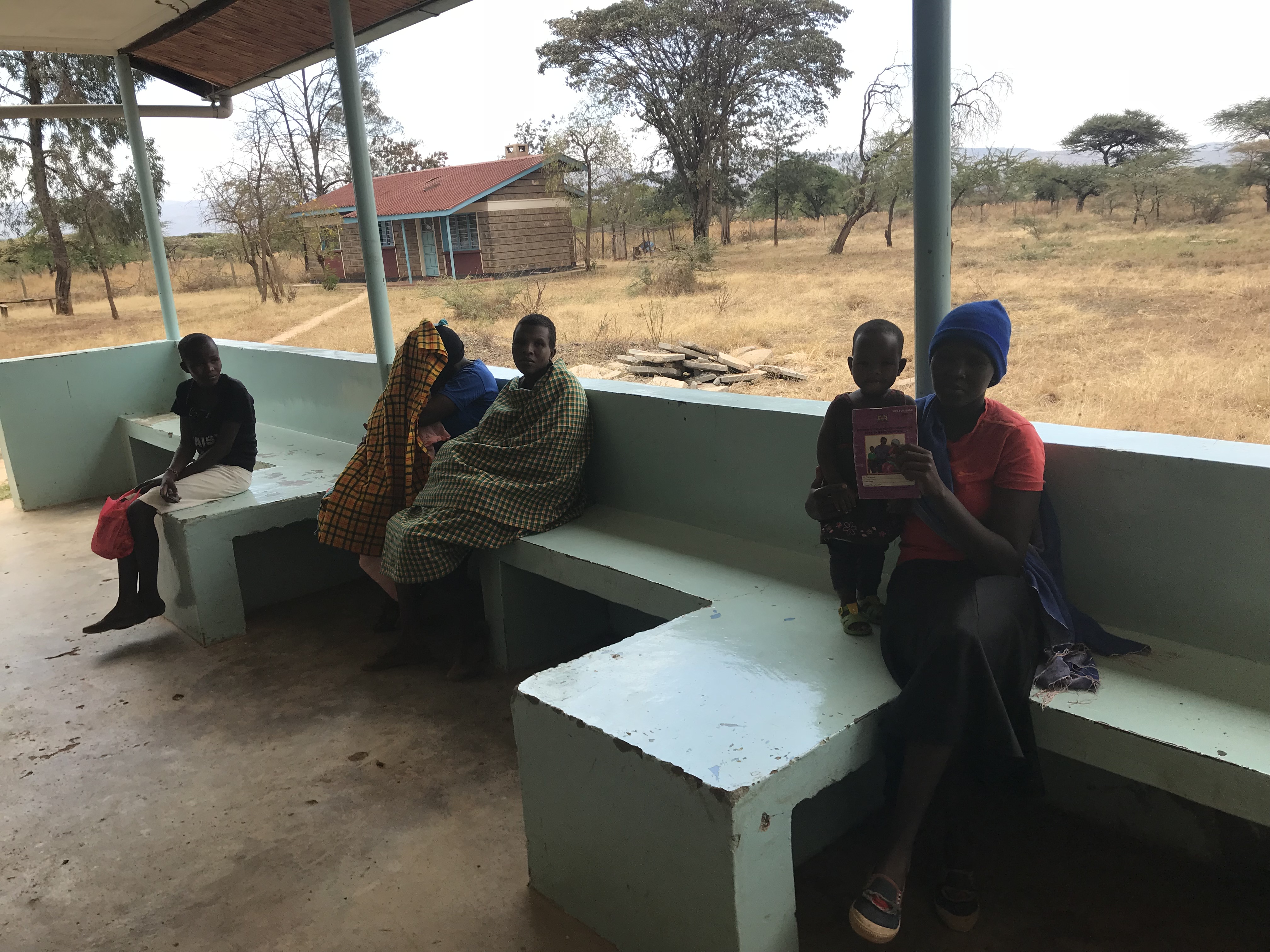 Just a few months later, though, everything changed: The Najile dispensary received rooftop solar panels and batteries from a program run by Nairobi-based company Sun Transfer Kenya, the county government and European non-profit Solar Energy Foundation. The solar electricity not only illuminates the dispensary, but also powers a fetal doppler and a refrigerator that stores vaccines. Batteries provide electricity through the night. The system also has a slot for charging a mobile phone. 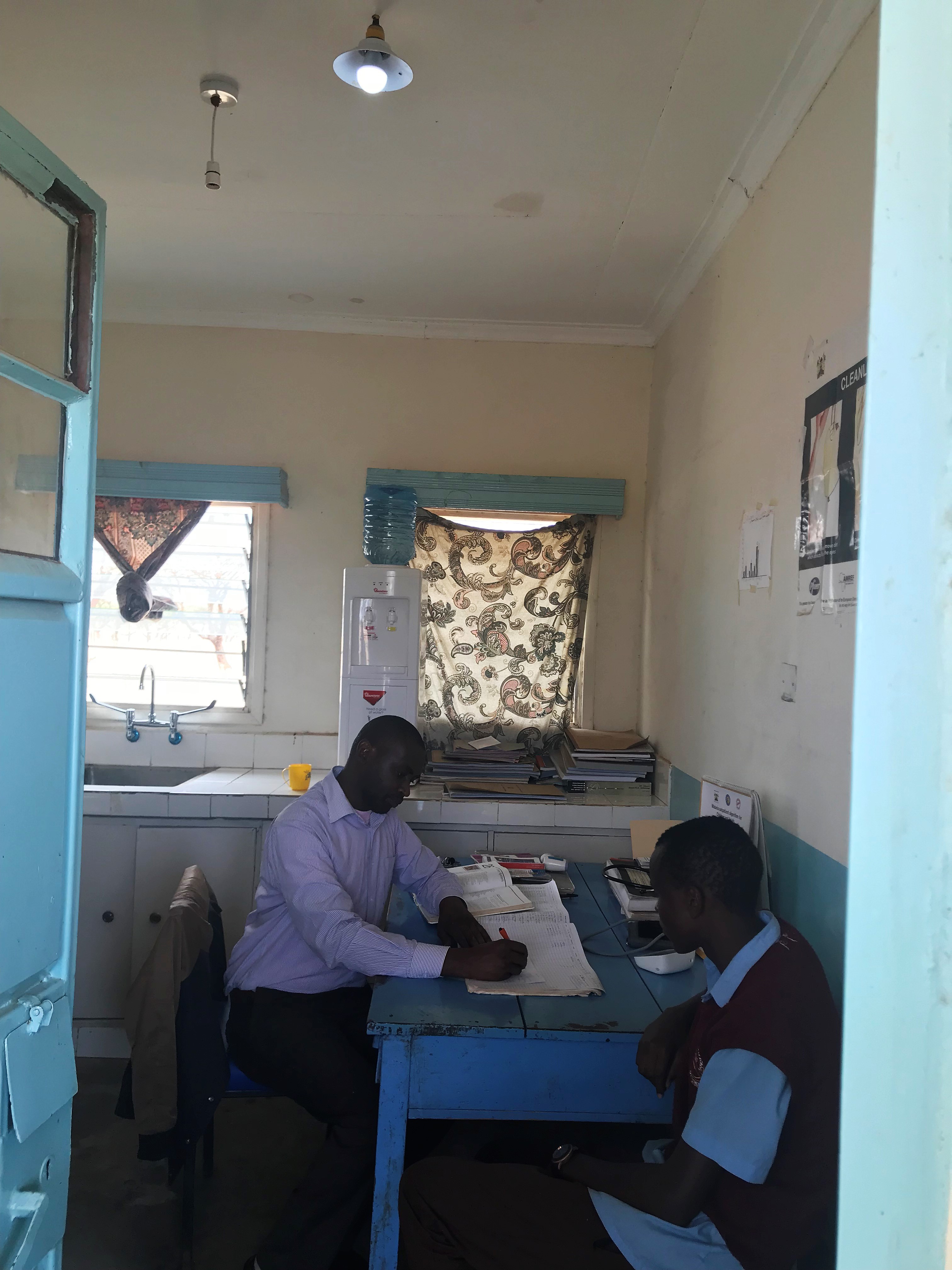 Najile’s lack of electricity is a common plight throughout Kenya. Only 19 percent of healthcare facilities in the country have access to stable electricity. This puts people like Kogo and his patients under tremendous pressure. While Sun Transfer and the Solar Energy Foundation have installed solar panels at nine other clinics, many more still lack the power they need.

Meanwhile, the 3,000 members of the mostly Maasai community that the Najile dispensary caters to now receive much better healthcare. Deliveries can take place at night. Vaccines are stocked in the refrigerator, and Thursday is the clinic’s weekly immunization day. Sheila Kiman, 23, recalled that four years ago, she had to walk two hours to the Ewuaso dispensary while she was in labor, and then return later to have her son vaccinated. She now brings her one-year-old daughter to Najile, which is much closer to home.

Kogo now often works until 9PM. Last year, he delivered more than 40 babies, compared to fewer than a dozen in 2016. Thursdays are particularly busy. Eating lunch is a luxury he often goes without as mothers bring in their children for immunization. It does not help that he is without any medically trained support staff. Nurses and doctors do not like to come to the semi-arid county. 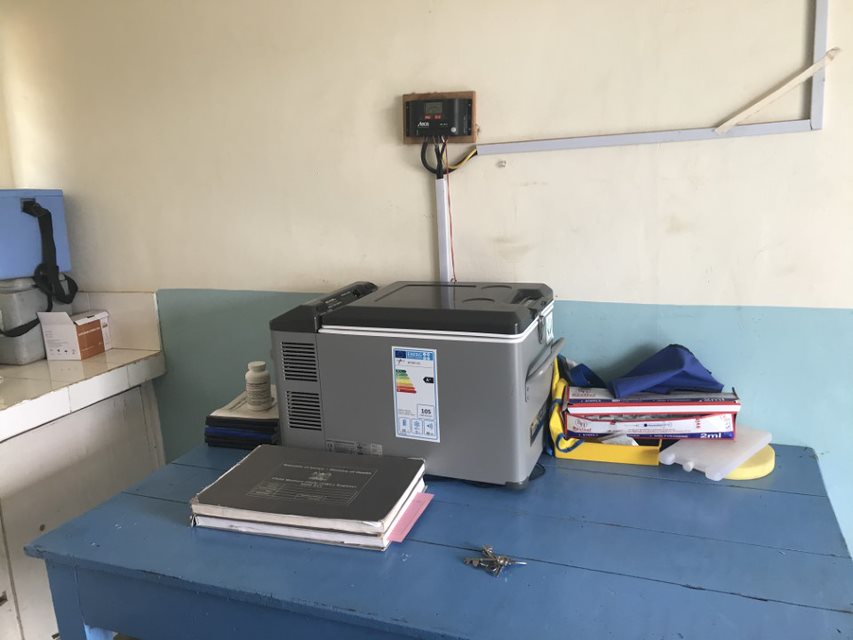 Kogo, however, is not complaining. The fact that he can easily charge his mobile means that he remains in touch with his colleagues at other clinics. He can inform other clinicians if medicine stocks are running low and replenish them in time. “The solar basically boosted my morale and improved working conditions,” he said.

It also helps that he can make more money, thanks to the World Bank-supported Kenya Health Sector Support Project. The $61 million project is being implemented by 21 counties in Kenya. It provides financial incentives to clinics that meet certain health-related metrics, such as increased vaccinations. The Najile health center was able to exceed its targets because it now has a refrigerator to store vaccines. “Sixty percent of the incentive comes to me, and 40 percent is allocated to the health facility,” Kogo said. “All services provided by the health facility are free.” 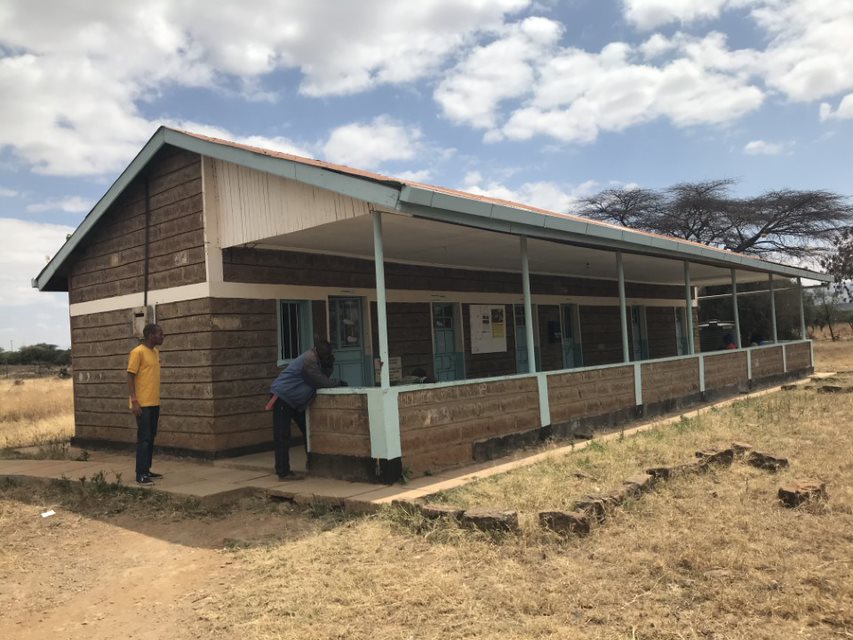 There Must Be a Better Way

People like Kogo make sacrifices to try and help their patients. Meanwhile, patients often face potentially dangerous conditions to get the care they need. Reaching universal energy access would make their lives easier, but this is still a long way off in Kenya. What communities need is a solution now.

The Najile clinic shows that it is possible to electrify healthcare facilities quickly. Solar systems can be set up immediately, without waiting for things like transmission lines and other grid infrastructure.

While private sector initiatives are electrifying health centers in sub-Saharan Africa, these projects are often sporadic, and their impact is limited. Meanwhile, international donors have been providing results-based financing for community health. Providing electricity is a logical place to start in improving healthcare. It is important that international development institutions and donors coordinate with the private sector to achieve healthcare goals to fund electricity access in East Africa. Only then will health workers like Kogo have the ability to do their jobs effectively.