As countries consider ways to increase the ambition of their current national climate plans for reducing greenhouse gas emissions, they appear to be leaving one of their best players on the bench: forests.

Forests are the lungs of the planet. They clean the air and sequester carbon. In fact, forest restoration— improving the ecological state of deforested or degraded landscapes through tree-planting and other means – and other natural climate solutions have the potential to take in roughly a third of global emissions necessary to keep global warming below 2 degrees Celsius. That makes restoration an MVP candidate for climate mitigation, and a key strategy for countries to include in their pledges under the Paris Agreement on climate change.

Countries are joining the restoration movement, and especially the Bonn Challenge. But few have yet aligned their restoration and climate commitments. Doing so would make the planet greener—and the air cleaner—faster.

Given the clear link between restoration and climate mitigation, it would seem fitting for countries to include their restoration pledges and policies in their Nationally Determined Contributions (NDCs), the targets, policies and measures countries make under the Paris Agreement to contribute to global efforts to curb climate change.

The clear majority of all NDCs—137—mention forest landscape restoration. But fewer than one-third of them—only 43— include a numerical target for carbon mitigation through restoration.

This isn't because countries aren't committing to restoration. They just aren't aligning restoration commitments with their climate commitments, losing out on an opportunity for synergy.

Why Restoration Matters for NDCs 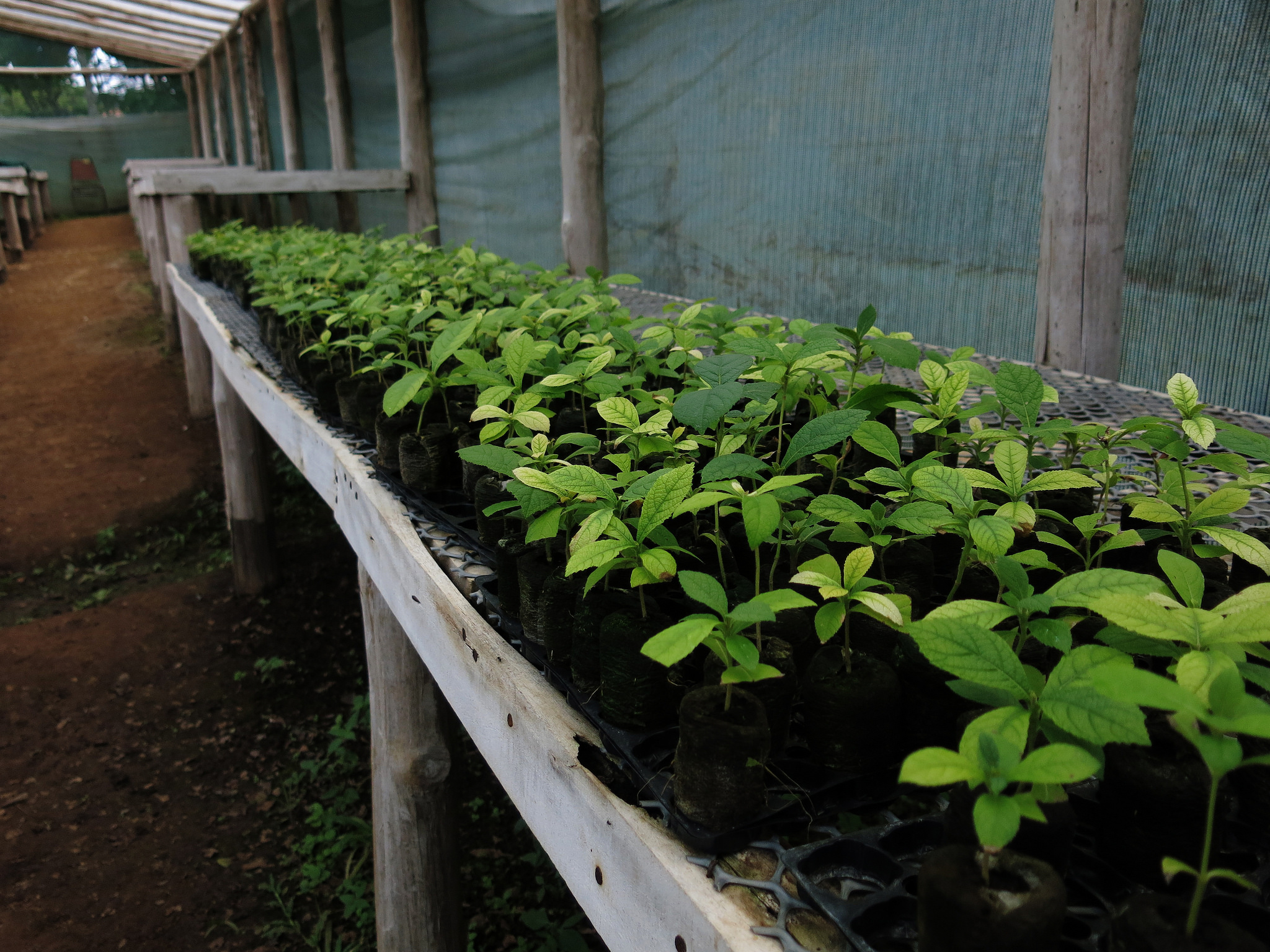 Seedlings lined up ahead of planting in Costa Rica. (Photo by Luciana Gallardo, WRI)

Given the diversity of international policies, geographies and commitments relevant to climate change, it may be impractical to expect every country to include restoration or Bonn Challenge pledges in their NDCs. Some countries only include economy-wide targets in their NDCs, rather than specifying the interventions–such as restoration–that they intend to pursue.

Nonetheless, there are good reasons to include restoration in NDCs. Since the Paris Agreement includes a mechanism for submitting new or updated NDCs every five years, beginning with a clear timeframe for doing so by 2020, it's not too late for countries to capitalize on this opportunity. Here are some reasons why:

As governments announce commitments and craft policies to address a vast range of issues of national interest, it is important to ensure that these commitments and policies are aligned in their intent and impact. Without policy cohesion, countries may suffer from possessing disjointed, conflicting policies, resulting in delayed and/or ineffective governance.

In the case of restoration, countries that sign on to the Bonn Challenge but leave the target out of their NDCs, when there are such strong links between restoration and climate mitigation, may create mixed signals about their level of commitment to restoration and its contribution to their climate policies.

Climate financing could play a significant role in closing restoration's large gap in funding. When evaluating projects for funding, climate finance institutions such as the Green Climate Fund and the World Bank factor in the extent to which the project supports achievement of countries' NDCs. (More detailed information is provided in WRI's Future of the Funds report.) By adding Bonn Challenge commitments into their NDCs during the next round of NDC enhancement, countries would clearly signal to climate financiers that restoration is a crucial part of their climate mitigation strategy and make them more receptive to financing restoration projects.

The untapped opportunity is substantial. In 2015-2016, global public financing for climate mitigation averaged $110 billion per year. Less than 3 percent of these funds were directed towards agriculture, forestry and land use projects, with funding for restoration consisting an even smaller subset of that.

Some indications, such as the World Bank's accelerated financing of climate projects, point to a widening pool of climate finance over time; adding restoration commitments to NDCs can help make sure that countries' critically important land-use policies are able to get a piece of this growing pie.

As countries prepare to update their NDCs over the next two years ahead of 2020, they would do well to incorporate targets, policies and measures aimed at restoration, including their Bonn Challenge pledges where applicable. By communicating their pursuit of restoration as a climate strategy, countries would align their commitments and gain access to pools of climate finance, catalyzing the global restoration movement and giving restoration the starring role it deserves.