Since 2003, more than 4,000 natural disasters have wreaked havoc on the Caribbean. The region is facing more―and stronger―storms. Less than a year after Category 5 Hurricane Matthew slammed the region’s poorest countries, many of these island nations are once again at the mercy of the most powerful storm ever recorded in the Atlantic. Irma, another Category 5 hurricane with blistering 185 miles-per-hour (295 kilometers-per-hour) winds, is tearing through the Caribbean and flattening entire islands. Barbuda has lost 95 percent of its buildings, and 60 percent of residents are now homeless. In Puerto Rico, the superstorm took down power lines, leaving almost a million people without electricity.

Now, Floridians directly in Irma’s path are bracing themselves for catastrophic devastation. Officials expect the hurricane to be the worst since Hurricane Andrew — it is already twice the size of that deadly 1992 storm. They are urging citizens to evacuate, and many now fear that hard-hit areas could be uninhabitable for weeks.

Hurricane Jose isn’t far behind. It will likely pummel the same countries that Irma hit, and across the Atlantic, Hurricane Katia is also gaining power. For the first time in modern history, three hurricanes could make landfall at around the same time.

Despite catastrophic damages, the death toll from Irma today stands at just 19. While any loss of life is tragic, it is remarkable that this number isn’t higher given the ferocity of the storm. Disaster preparedness likely saved thousands of lives. By comparison, Hurricane Matthew killed over 1,000 people in Haiti, and more than 1,800 people lost their lives to Hurricane Katrina. 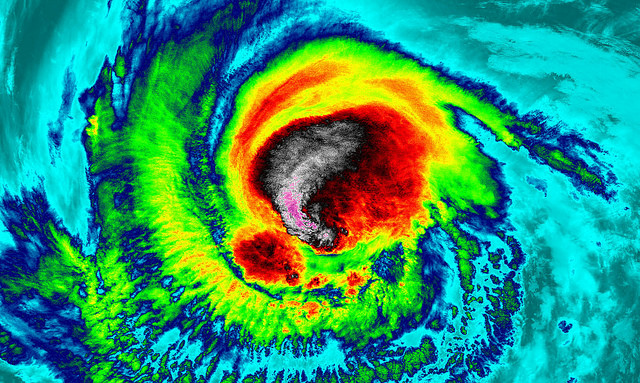 Recognizing their vulnerability to these new superstorms, many countries and territories have prioritized disaster risk management, a decision that helped many people survive Hurricane Irma. The steps they took to prepare for climate-related disasters, minimize loss of life and protect critical infrastructure as well as property included:

Despite these tremendous efforts to anticipate and adapt to a changing climate, no country, province or city can really fully prepare for a catastrophic storm. These hurricanes set countries back years―sometimes decades for developing nations like Haiti―and undermine hard-won gains to end poverty. Governments must often reallocate funds earmarked for healthcare, education and other development projects that help citizens build better lives to cover losses that can stretch into billions of dollars. Many communities are unable to recover, let alone rebuild, in time for the next hurricane.

Yet such superstorms will become more common in a changing climate. Hurricanes gain energy from warmer ocean waters; storm surges swell to new heights as sea levels rise and higher levels of moisture in warmer air increase rainfall. The records that Irma shattered—sustained wind speeds of 295 kilometers per hour (185 miles per hour), for example—may become the new normal if countries fail to limit warming to under 2 degrees C (3.6 degrees F).

Adopting the Paris Agreement in 2015 marked a critical turning point toward a zero-carbon, climate resilient future. But, as the current hurricane season reminds us, it’s now time for countries to step up their efforts on global climate change. We must double down on reducing greenhouse gas emissions in order to achieve the temperature goal set out in the accord. We must also scale up our efforts to reduce our vulnerabilities to the impacts of climate change and thereby achieve the global goal on adaptation. And we must help countries deal with loss and damage.