Abundance is a sign that we’re doing well. But what happens when we’re surrounded by easy access to food and at relatively little cost? Suddenly, abundance can come at a steep price.

In relatively developed countries like the United States and most of Europe, households throw away incredible amounts of perfectly good, wholesome food – a fact that’s harmful for both people and planet. In fact, the average American family spends $1,500 a year on food purchases that ultimately end up in the waste bin. In the UK, the comparable figure is £700 ($895). That is money that could instead be used on other important needs like child care, health care or even a vacation.

I see three reasons we undervalue food, leading to the perception that food is not very important and too easily disposed of.

The world is becoming increasingly urbanized. In 1960, 33 percent of the world’s population were city dwellers. By 2015, that figure had leapt to 54 percent. By 2050, the UN projects that two-thirds of all people will live in cities.

As families move to cities, incomes rise and the proportion of income that is spent on food drops. Not only is food cheap, it is everywhere. Supermarkets, restaurants and fast food outlets line city streets.

Another effect of increasing urbanization is that people simply do not see the crops or animals on farms – and gradually, over time, we lose their understanding of the food we buy: it becomes just another commodity rather than something that was once living.

I have a memory of my grandfather telling me about his excitement at seeing bananas at the end of World War II. Having lived through the war, he knew what it meant to go without. With trade interrupted, perishable imports like tropical fruit were practically non-existent in the UK, while all production of food was prioritized for the forces that were fighting or were in protected occupations.

Today, we take for granted foods that travel long distances to our supermarket aisles. Regardless of season, we’re able to buy all types of food, so we might be forgiven for forgetting that things grow in different seasons or come in different shapes and sizes. In the United Kingdom, 20 to 40 percent of produce doesn’t even make it to store shelves. It is tossed for looking less than ideal. Our expectations are so great that we literally throw away food because we don’t think it’s round enough or brightly colored enough!

Stop me if you’ve heard this before: a busy family rushes out of the door in the morning. After school, one harried parent dashes to the supermarket, grabbing a family-sized chicken meal and a side dish. The evening is as hectic as the day started.

A faster pace of life often means we grab meals on the go, don’t cook very often and eat whatever is convenient. This convenience is a benefit of the progress made in recent decades – but do we have to lose our relationship with food as part of that progress? Or can we find ways to have the best of all worlds: greater development and a real regard and value for the food we need to nourish and sustain us?

I think we can move millions of people to value food again, both for the massive amount of water, land and financial resources it takes to produce and for the special role it plays in our lives. Here’s how. 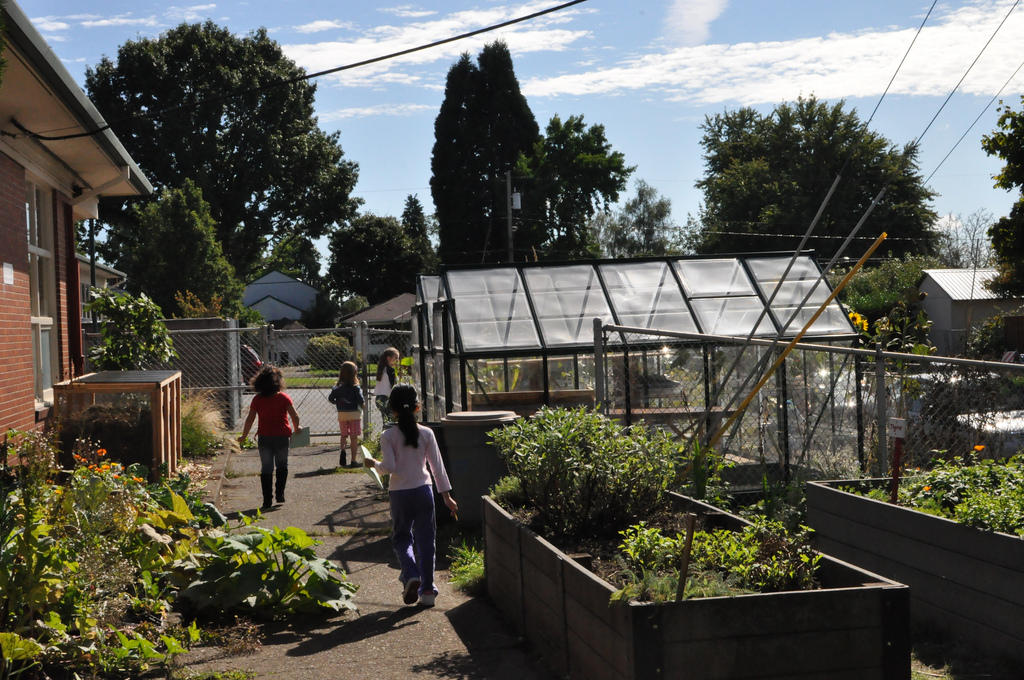 Many schools have started gardens to help children learn about food and how it is produced. Children can see up close just how much work it is to grow fruits and vegetables. Such initiatives have immense potential to shape children into mindful citizens and eaters.

Not every school can connect kids to gardens, but we can all be involved in educating younger generations about food, where it comes from, how to cook it and why it’s an important part of our heritage.

Local farmers are a wealth of information. It’s great to pick up fresh foods at the market and to hear from the people who produced the food we buy. It’s a chance to learn what varieties will be growing next year, how weather affects their crops, and what kinds of soils and technology farmers are using.

Head to your own farmers’ market this weekend and see for yourself what new information you can pick up, and how it makes you think differently about that food.

The Role of Retailers

Grocers and other retailers help shape our experiences with food, and can give us more information about the foods we choose to buy. They can make it easy for us to buy the right amounts of food and give us creative ideas for how to use it. They can also ensure date labels are simple and understandable for consumers, so we’re better able to know when something is still edible.

Behind the scenes, retailers can improve products so packaging increases shelf life and can be resealed, and that packs are a convenient size. I’m excited for other technical developments to roll out down the line.

What ideas do you have for how to help people appreciate food so they waste less? Tweet me at @LizGoodwin with your own suggestions.